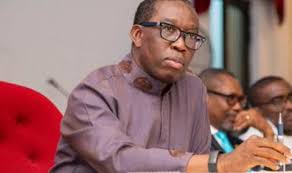 Delta State Government has expressed concern at the slow pace of work at the Leisure Park and Film Village project, Asaba.

The Chief of Staff, Government House, Hon. Ovie Agas made the state government’s position known when he visited the project site on behalf of Governor Ifeanyi Okowa to ascertain the level of work done and the likely date of completion of the project.

The governor’s representative expressed dissatisfaction with the pace of the work on site, noting that at the rate the work was going, delivery on the proposed date would not be feasible.

Stressing the importance of the project to the administration, Agas urged the contractors to speed up work and ensure they delivered in the shortest possible time as the  date of completion had been moved several times.

The Commissioner for Culture and Tourism, Lawrence Ejiofor, who was also on ground for the inspection, said he would also increase efforts at his end by embarking on a more regular inspections.

The Consultant, Arch. Kester Ifeadi,  who had been in close relation with the contractors requested a new proposed date for the completion as the previous date of May 29, 2022 was no longer feasible.

He observed that a lot was often left undone for too long due to the insufficient number of manpower engaged at a time on site.

He said that from experience, it would take much more people working at the same time to deliver the project on the proposed date.

He acknowledge that there had been a few challenges, but urged the contractors to sit up as the administration could no longer wait in perpetuity for the project to be completed.

He also noted that the state government had shown maximum commitment towards the project and deserved to see a commensurate commitment from the contractors.

He urged them to work on their internal planning and administrative system to ensure they delivered, latest in the month of June as against the proposed July deadline.

The Director of Finance, Liu Zhaolong said that as the work progressed, certain discoveries were made that led to alterations of the original architectural designs by the contracting firm.

He said this and a few other challenges had contributed to the delay in delivering the job, but assured that he would do his best to ensure delivery in the month of June as agreed upon.

The inspection to the leisure park and film village revealed that the zoo was near completion as most of the animal cages had been done.

It also revealed that all the facilities for the leisure park had arrived, such as the equipment for the children indoor and outdoor gaming activities.

All trees and flowers have been put in their various positions and the project is definitely close to completion and would hopefully be delivered on the proposed date.