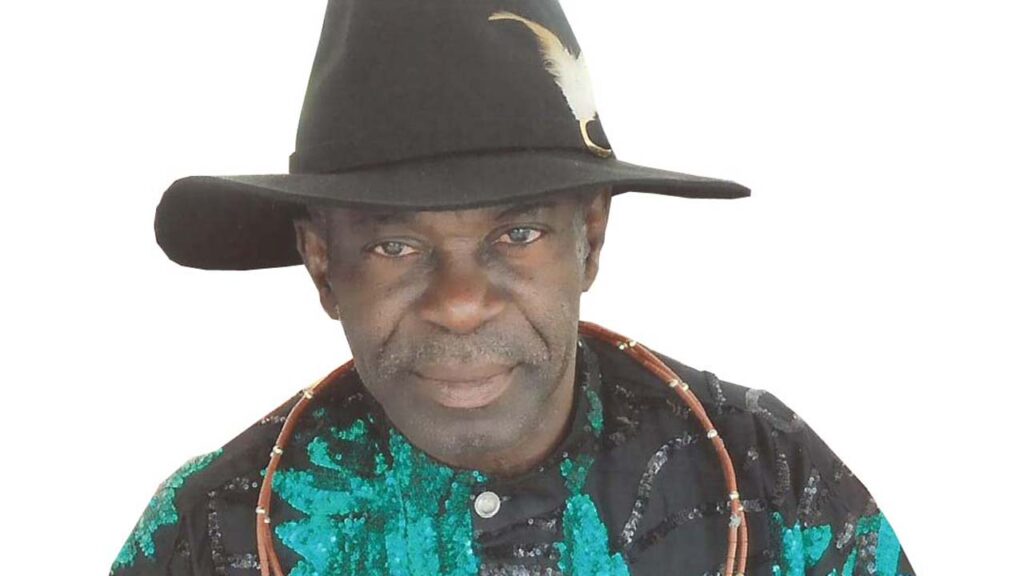 We have read with utter disbelief, the provocative interview granted by a highly respected Isoko cultural leader and the immediate past President General of the Isoko Development Union (IDU), High Chief Iduh Amadhe, titled “2023 HOR: Save Us From Looming Danger, Isoko Nation Cries Out To Okowa” and published in a section of the social and online media platforms.

In disputing Chief Amadhe’s false claim and misleading facts that the present member representing Isoko Federal Constituency in the House of Representatives is from Isoko North, WE make bold to state very clearly that, the present member, Hon Leo Okuweh Ogor is from Idheze in Isoko South Local Government Area of Delta State, though he is domiciled at Ozoro in Isoko North. It should also be noted that, not only does Chief Ogor Okuweh have a storey building in his hometown in Idheze where he was a notable Chief, he (Rt. Hon Leo Ogor Okuweh ‘s father was buried in Idheze), This vividly proves the paternity of Rt Hon Leo Ogor Okuweh, and further shows that, an Isoko South indigene is the one representing Isoko Federal Constituency in the House of Representatives in Abuja for almost 20 years.

From 1999 when the present democratic dispensation kicked off, there has never been any reference to zoning regarding Isoko Federal Constituency seat in the House of Representatives, Abuja. Neither has the place of birth of aspirants played any significant role in determining who represents the Isoko nation at the Green Chamber of the National Assembly in Abuja.

Competence, pedigree and capacity have always helped to define who gets the PDP ticket. We are therefore astounded at this puerile and inept attempt by Chief Iduh Amadhe failed attempt to rewrite our political history and stand truth on its head.

Interestingly, the people of Isoko North supported their brother and sister from the South to produce the House of Representatives member and Senator for the Delta South Senatorial District in 1999 without any bile or reference to being marginalised. It is on record that, Hon Anthony Efekodha, now Enwhe monarch and Senator Stella Omu from Igbide, both from Isoko South Local Government Area held both positions respectively from 1999 to 2003 without any dust raised.

However, both lawmakers were displaced in 2003 when they attempted to return to their positions. Hon Anthony Efekodha and Sen Stella Omu were defeated in the PDP primary elections which led to the emergence of Hon. Leo Ogor Okuweh from Idheze in Isoko South, and Senator James Manager from Bomadi local government area respectively.

From 1999 till date, it is a known fact that the Isoko Federal Constituency seat has always been hotly contested for by citizens of both local government areas and won by people of Isoko South, which can be gleaned from the records. At no time did any of the local governments lay claim to the position or seek to bar any aspirants from running. The contest has always been robust and very healthy as expected of any race in a democratic system.

The chat below would further help to elucidate the trajectory of the enviable Isoko Federal Constituency seat.

Unarguably, the above analysis, shows clearly that the HOR position has been keenly contested for, at every point in time, without any reference as to whether the aspirants are either from Isoko North or Isoko South.

Chief Iduh Amadhe may therefore have to explain why aspirants from both local government areas have always keenly contested for the top job, if indeed, it was ever ZONED!

It is also pertinent to state categorically, our utter disappointment, that the former IDU President in the contentious interview made allusion to a video where he claimed Rt Hon Leo Ogor Okuweh categorically agreed to support another Isoko South person to succeed him in 2023. We are surprised that Chief Iduh Amadhe could be referencing the said video as basis for insisting that the House of Representatives seat be conceded to Isoko South who have been occupying the position since 1999. At what point did the seat become the personal property of Hon Leo Okuweh to be dashed out to whomsoever he pleases?

Or, is Chief Iduh Amadhe insinuating that the slot belonging to the two local governments can be appropriated and dispensed with at the whims of a single individual?

More troubling for us is the vane attempt by the said IDU patron to pull a wool over our faces by claiming that Rt Hon Leo Okuweh made the concession speech in the presence of leaders and some traditional rulers at the country home of Hon Prince Johnson Erijo in Aviara, Isoko South. How many leaders from Isoko North and South were in the said meeting where the said resolution was reached? In any case, does Rt Hon Leo Okuweh alone have the sole power to decide who succeeds him at the House of Representativeness in Abuja, and where the person comes from? Such decisions should be a collective one by political leaders from across both local government areas if ever it is contemplated.

Needless to say that such political leaders must occupy strategic and very significant positions in the top hierarchy of the PDP under whose platform the current contest is to take place.

Thus, we want to warn that, Chief Iduh Amadhe must desist from the disjointed innuendos and convoluted attempt to rubbish our highly revered traditional rulers by throwing them in the mix. Comparing our socio-cultural organisations and political parties is like comparing apples with scorpions. Custodians of our culture must be shielded from the murky waters of politics and intrigues inherent in political party system.

But, we are not unaware that Chief Iduh Amadhe is the latest recruit in the jaundiced campaign to stop the forthright and patriotic Pastor Engr Jonathan Ajirioghene Ukodhiko from contesting for the Isoko Federal Constituency Seat in the House of Representatives, orchestrated by a disgruntled, selfish and imbecilitic tiny political class determined to hijack the patrimony of the majority of the Isoko nation. Chief Amadhe should bury his head in shame after he failed to convince some neauve rich character in Isoko, who had wanted to raise one billion naira for him to contest for the HOR. They declined to engage in the project due to what Chief Iduh Amadhe did with the money raised in similar project when he contested for the State House of Assembly under the Labour Party in 2007.

The former IDU President cannot deny the fact that Isoko people across both local governments are clamouring for Engr Jonathan Ajirioghene Ukodhiko who is maternally from Oleh in Isoko South, to run for the Isoko Federal Constituency Seat in the House of Representative, Abuja. He knows that majority of the people of Isoko are ready and willing to give Ukodhiko the votes, not only in the coming PDP primary election in May, but also in the general election next year, 2023.

As a result, the said interview therefore amounts to a desperate attempt to throw Ukodhiko’s ambition under the bus.

However, we are shocked that Chief Iduh Amadhe has asked the Governor of Delta State, Senator Ifeanyi Arthur Okowa to bar Ukodhiko from contesting in the primary, ostensibly because that position has been zoned exclusively to Isoko South.

Does Chief Iduh Amadhe not know that such morbid suggestion amounts to the infringement on the inalienable right of Ukodhiko? Is he not aware that the right to vote or be voted for is intrinsic and inherent to everyone above the age of 18 years as guaranteed in the constitution of the Federal Republic of Nigeria?

Of course, we are gratified to note that, Governor Ifeanyi Okowa would not concede to such mundane and banal suggestions from Amadhe. As a tested democrat and staunch believer in the rule of law, the state leader of our party would not be drawn into such fascist thoughts, especially as he had openly promised and guaranteed that the forthcoming primary of the PDP would be free, fair, transparent and credible.

In concluding this missive, we must advice Chief IDUH AMADHE and his band of court jesters to note that their game is up. Isoko people cannot be fooled or persuaded into their temperament and raising of red herring. There is no looming danger, except the danger that the likes of Amadhe pose to the larger society. It’s time for all to toe the path of peace and ensure that only people with fear of God like Pastor Jonathan Ajirioghene Ukodhiko, are allowed to have a shot at the Green Chamber in Abuja in order to offer the people good, quality representation and bring them concrete dividends of democracy.

A WORD IS ENOUGH FOR THE WISE !