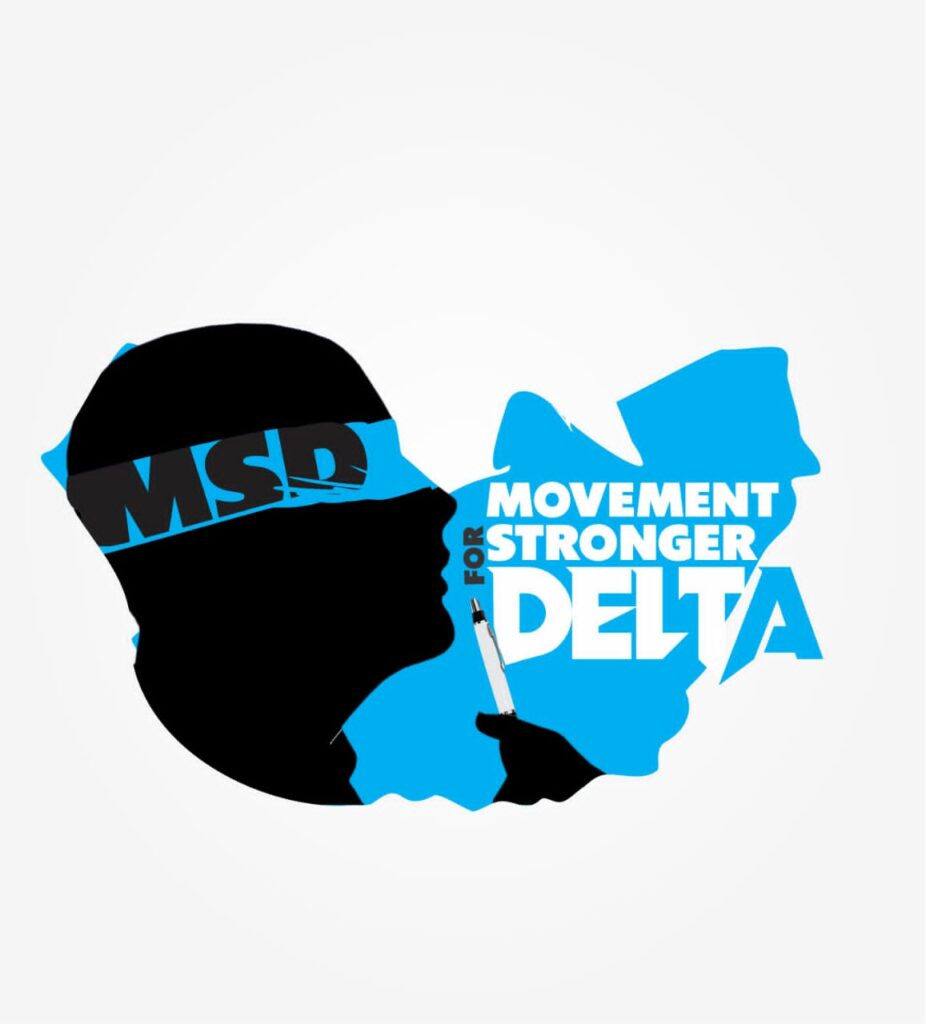 Tell Deltans what you have for them, MSD tells governorship, other aspirants

Now that the din over endorsement, non endorsement, and lack of endorsement claims and allegations have been stilled and over, the Movement for Stronger Delta, (MSD) is calling on governorship aspirants to come out with what they have in stock that Deltans should expect from them.

In a statement with the above headline, the socio-political group said:

“Of course, we understand perfectly that the primaries will be a delegates election, especially since the expected mode will be indirect primaries and this is usually the season of windfall and harvest for identified delegates, we also wish to implore, appeal and charge statutory and other delegates to equally task the aspirants on what policies, programmes and initiatives they have for the people.

“Delegates are representatives of the people at every level of the electorate block at Ward, Local Government, and State levels, so it is also imperative for them to demand from aspirants, a clear and comprehensive agenda of their plans and visions on how to deliver more and functional democracy dividends to Deltans, if they get elected as candidates.

Enough of the tantrums, invectives, and unwholesome attacks at one another; they mean nothing to the people as they are of no value to them in any way.

So far, the people are bored and disappointed with listening to and reading of the “old wife’s fables” bandied about for an aspirant as it catches the fancy of the respective hired writers who adorn the social media space with the phantasmagoria of the person they have soft spot for.

Rather than continue to play to the gallery, while leaving stranded and without information the people whose destiny they seek to control politically, Governorship aspirants should without much ado, unveil to the people the gems they have for them and the value inherent in them.

Enough of rhetoric and talks that amount to nothing; enough of phrases deliberately dished out and clothed with cunning, deceitful, and of treacherous quality.

We propose that each Governorship aspirant, as indeed, all others aspiring to other elective positions, should get serious and tell their tattlers to transform from being hack writers into value-based communicators.

The aspirants should impress on their publicists the need to inform and educate the people about what their principals have for them and why they deserve the people’s support. Deltans want to know the individual policy direction of each Governorship aspirant. They want to know the nitty-gritty of your policies and the profundity of your thought.

MSD calls for issue-based information that gives insight into what each and every aspirant proposes to do for the people when voted for, instead of the annoying and provocative tales of false endorsements and twisted narratives of praise-singing of aspirants dubiously attributed to unsuspecting public figures to their eternal embarrassment and subsequent pointed disclaimers to set the records straight.

It is not enough to give the people catchphrases and go on rigmarole of the archaic system of selling mere sentiments and empty objectives. Deltans want to know from aspirants of all description objectives that are tangible and the value that constituents stand to benefit from.

Deltans want to know what our Governorship aspirants think about the problem of insecurity and how they would turn things around. They want to know how they will enforce the Anti-Open Grazing Law of the State so that the bushes are rid of the nefarious activities of herdsmen and kidnappers so that the farms will be attractive for farmers once again. What are the respective plans to end kidnapping, cult activities, and other such vices that have widened the scope of insecurity?

Current serving Governors have problems with the constitutional role and nomenclature given to them as Chief Security Officers of their States but cannot rein in on Commissioners of Police and other security agencies because the Governors have no power of control over them. It would be interesting for Governorship aspirants to tell the people how they will overcome this nagging issue when any of them finally is voted into office.

What are your economic policies for the State, and especially the economic blueprint for each senatorial district and the Local Governments? How will you tackle the challenges of the administration of the Local Government Councils? Schools and education, commerce and industry, agriculture – what plan and how do you achieve the plan of improving agriculture and making the industry viable, and making food surplus?

Our environments have challenges, what new vista does a Governorship aspirant have to ease environmental degradation of the riverine areas, ecological problems, and erosion?

Also, our other classes of aspirants to the Senate, House of Representatives, and Houses of Assembly should get up and engage the people with issue-based talks. Deltans are appalled that many of our representatives are hardly found at plenary sittings; some have never been observed to contribute to debates, especially on issues that affect their constituents.

Quite a number of these legislators have been labeled as lame ducks and most of them, except for the token pecuniary handouts and miserable empowerment items dished out at long intervals, have never even been known to create opportunities to interact with their people, to know their minds in matters of national importance so they can return to make the opinions of their constituents known during plenary discussions.

Deltans will want to vote for a candidate who can assure them of solutions to the emerging challenges of governance, as our democracy consolidates and in our collective effort towards building a #Stronger Delta.

They are calling for those who will not just be voted for but who will abandon them when it matters most to stand and speak up for their interest in the Senate, House of Representatives, and the House of Assembly. Deltans are seeking for men and women who truly have the people’s interest at heart, and who will make valuable contributions that will yield a true dividend of democracy for them. Not sell-outs.

This is why MSD considers these and more issues crucial that aspirants of all hues MUST address the people about as they do their consultations. It is hearing from our aspirants that will convince delegates to support the best aspirant for a position to fly the flag of the Peoples Democratic Party (PDP) and in the end lead to voting for such a candidate at the general elections and lead to the emergence of a Stronger Delta of our dream.

Deltans are not interested in abuses and other forms of despicable indulgences from the campaign houses of aspirants against one another. Tell the people what you have for them and how you intend to achieve it. This is the road to a Stronger Delta.

The emergence of a #STRONGER DELTA, is the MAIN agenda.