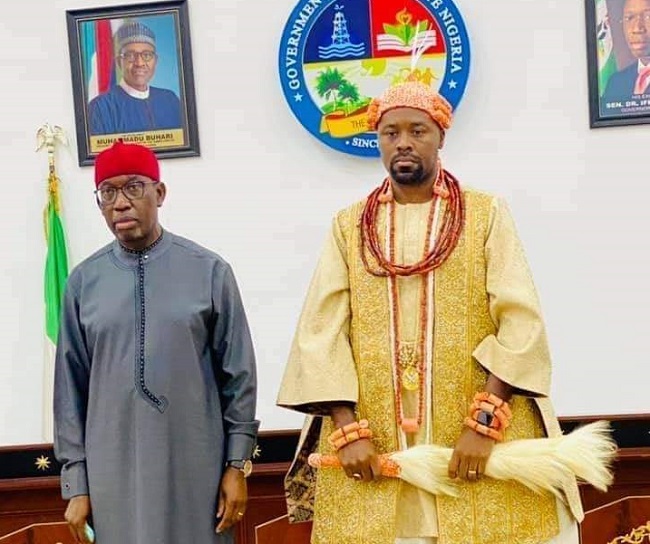 Okowa congratulates Olu of Warri at 38

In a statement by his Chief Press Secretary, Mr Olisa Ifeajika, in Asaba, the governor described the monarch as “one of the foremost respected traditional rulers and man of peace with discerningly leadership qualities.

He stated that the reverred monarch was a leading light, a role model and eminent custodian of the culture and traditions of the Iwere people.

Okowa lauded Atuwatse III for his contribution to peace and growth of Warri kingdom and Delta State since he assumed the ancient throne of his forebears.

“On behalf of my family, the government and people of Delta, I congratulate you, Your Royal Majesty, Ogiame Atuwatse III, Olu of Warri Kingdom, on the occasion of your 38th birth anniversary.

“As a government, we have enjoyed your invaluable support in many aspects and it is my belief that you will continue to make your domain a model of peace and unity.

“In spite of initial hitches, Warri kingdom has, under your royal watch, witnessed phenomenal transformation in terms of peace and development.

“As revered traditional ruler in our state and country, you have remained a peace builder, a beacon of light and a symbol of humility and excellence in leadership.

“The government appreciates your royal carriage and approach to issues and I thank you immensely for your contributions toward the attainment of the Stronger Delta vision of our administration,” Okowa stated.

He prayed to God to bless the monarch with longer life and wisdom to enable him to continue with his service to the kingdom, state and humanity.