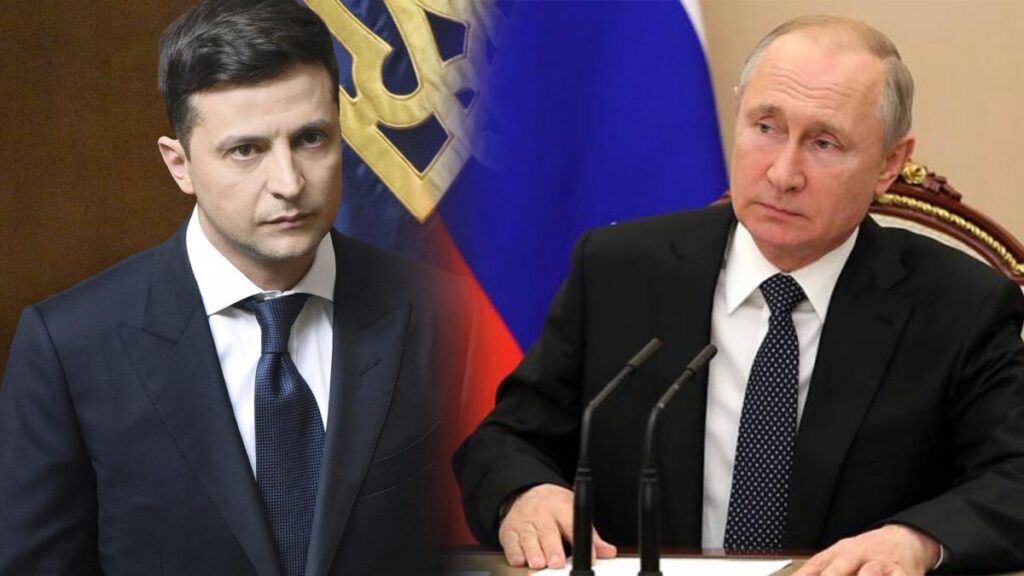 PERSPECTIVE – Conversations with my European friends.

I have been engaged in countless conversations with my European friends across continents, groups and social media about current world events and whether their leaders are right in pursuing a solitary military solution.

Were they right in the 1990s in just being interested in winning the ideological battle by encouraging the atomisation of Europe? Could the wars that have devastated that continent, especially from the 1990s, have been prevented?

With the seeming end of the Cold War, was it in the interest of humanity for European powers to have been primarily interested in expanding their military wings rather than investing in a more inclusive world? When last week European countries met in Brussels with their North American allies, all the talks were about increasing defence spending, massing more troops in their continent, increasing arms supplies to Ukraine and more sanctions on Russia.

There was little or no plan on how to reduce tension, strive for a ceasefire or pursue a negotiated settlement in the war in Ukraine. Yet, the two armies involved in the war, the lives being taken or destroyed are European; so are the damaged towns and cities.

The 10 million displaced are European, so are the four million that have become refugees. Almost all the countries bearing the weight of these refugees are European. So why are there no concerted efforts by European leaders to broker peace? Do they hope Ukraine would militarily defeat Russia and thereby solve what they consider their headache? Are they waiting to see both European countries exhaust themselves militarily?

So we need an understanding in the world where the security of one would not constitute the insecurity of the other. On the fall of the Soviet Union, I had argued that it might not have been in the long term interest of Europe to have encouraged or allowed it to splinter into 15 different countries.

For instance, would it have been possible for the three nations on the Baltic Sea: Latvia, Estonia and Lithuania to have coalesced into a united state rather than exist as atomistic entities?
Yugoslavia, so great and promising, was under Marshall Broz Tito a respected country that led what was known as the Non-Aligned Movement; countries that sought a balance between the two superpowers.

Was its quite bloody division into seven separate countries with its horrific loss of lives and massive destruction of a part of Europe inevitable, or most of Europe was simply excited that the Eastern Bloc was collapsing? What was the benefit of using foreign military muscle to produce a fingerling like Kosovo? Could negotiated diplomacy have helped? Was the post-communist ‘Velvet Divorce’ in Czechoslovakia which on January 1, 1993 split that wonderful country into Czech and Slovakia, necessary? To these kinds of thoughts, a close friend with whom I am an admin on a respected international platform responded: “Many were separate countries until Stalin took them over during WW2, Ukraine included. Stalin got a bilateral treaty signed with each one. Czechoslovakia, Poland, Hungary had widespread dissent during different years. Yugoslavia with Tito remained fairly independent.

All countries are artificial. In perhaps all cases, they are created by individual countries and nationalities each with its own language, culture and history. This cannot be the basis of separatism. For instance, the United Kingdom, UK, has a minimum of four countries: England, Scotland, Wales and Northern Ireland under a single state structure. Their cultural, linguistic and historical differences, should not be enough to break it into separate entities.

The same with Spain which has different nationalities with distinct histories and cultures like the Castilians, Galicians, Valencians, Basques and Catalans. Even Belgium, the headquarters of the European Union has diverse nationalities like the Flemish, Wallon, Italian and the Moroccans which, with each election, merely manage to form a government.

One very unique country which ought to be a model to us all is Switzerland which is composed of the Swiss, German, Italian, Portuguese, French, Kosovo, Turkish and smaller nationalities.

To give people a sense of belonging, the country has four official languages: German, French, Italian and Romanish, excluding English which is widely spoken in a place like Geneva. So, having national, linguistic, cultural, geographical and historical differences should be no primary reason to split countries.

There is a German friend based in Nigeria who seems displeased with my pointing out the fact that 77 years after arriving in Germany as conquerors or liberators, foreign troops remain in that country. He asked me: “You do understand the difference between occupation and international agreements, right?” If it were a simple case of international agreements, then the basic concept of reciprocity in international relations should apply.

So why hasn’t Germany had similar military bases in those countries? Personally, I love and respect Germany partly because that country provided four of my main mentors in life and about who I continue to study and draw inspiration. Karl Marx and Friedrich Engels opened my eyes and mind to dialectics, political economy, materialist thought and social relations.

The writings of Roxa Luxemburg helped me to distinguish between feminism and women’s liberation. My most beloved writer whose style I wish I can imbibe is Bertolt Brecht. On my first visit to Berlin, I went looking for his grave and found it!
The world used to be run on a tripod: NATO, Warsaw and the Non-Aligned Movement.

The last two are dead while NATO has expanded under the thumb of a superpower. I do not think it is safe for the world to walk and run on one leg called NATO. With the UN immobilised by the veto, it is necessary to revive the Non-Aligned Movement which at its peak had 120-member countries, including from Europe, Asia, Africa, Latin America, the Gulf and cutting across faith, race, cultural and ideological diversities. This is my case for a universal rebirth and a new world order.