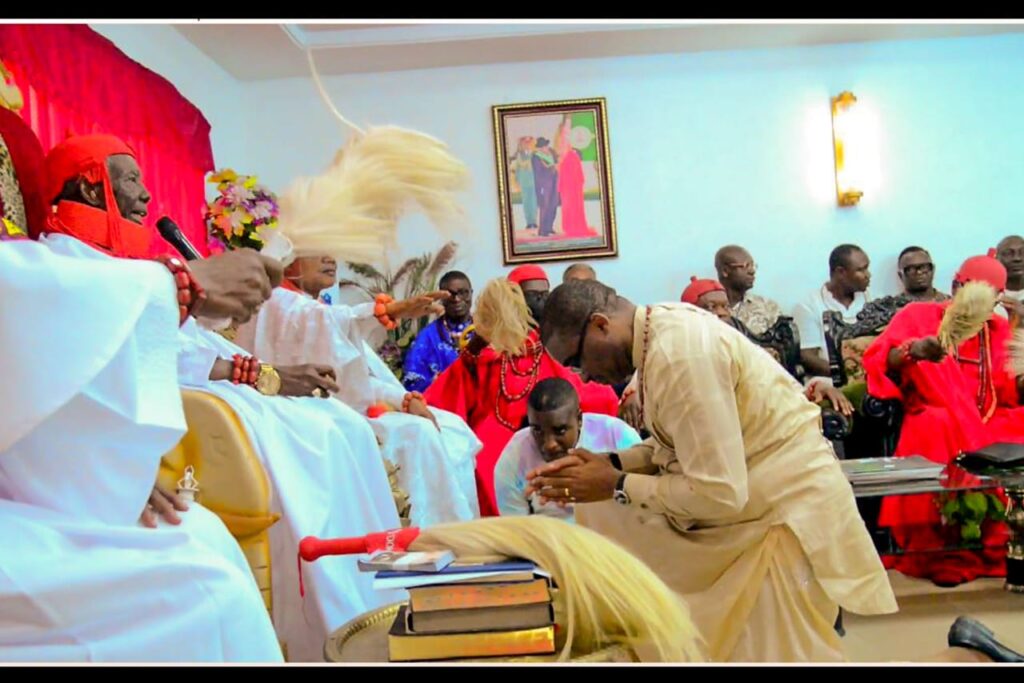 Traditional rulers of the various kingdoms of the Central Senatorial District of Delta State have jointly released their blessings on Olorogun David Edevbie to emerge the Governorship candidate of the Peoples Democratic Party and eventually become the Governor of Delta State.

The consecration ceremony took place on Tuesday at the palace of the Ohworode of Olomu Kingdom, HRM Ovie Richard Layeguen Ogbon Ogoni-Oghoro 1 JP, Chairman of the Delta Central District Council of Traditional Rulers.

The highly solemn event saw the traditional rulers raising their staff of office in unison to pray for Edevbie while each of them also prayed for him individually in turns, all making supplications to God to grant him success.

The Ohworode of Olomu Kingdom who is also a Royal Canon of the Church additionally performed an anointing ceremony on Edevbie by the laying of hands on his forehead.

Speaking after the event, Edevbie said the unanimous approval and blessings of the royal fathers was highly significant for his Governorship bid.

On his plans for the development of Delta State, Edevbie lamented that, currently, there are thousands of youths in both Delta Central as well and Delta North and South who are roaming the streets due to the dearth of industries and employment opportunities.

He assured the royal fathers that as Governor he will work hard to bring back the industrial economy for which Delta Central was hitherto known just as he would do in other parts of the state.

Earlier in the occasion, Director General of the David Edevbie Campaign Organisation, Chief Clement Ufuani, told the royal fathers that Edevbie is well accepted across his home Delta North as well as other parts of the state as Deltans widely acknowledge his proven high administrative skills, experience and capacity for the socio-economic development of the state.