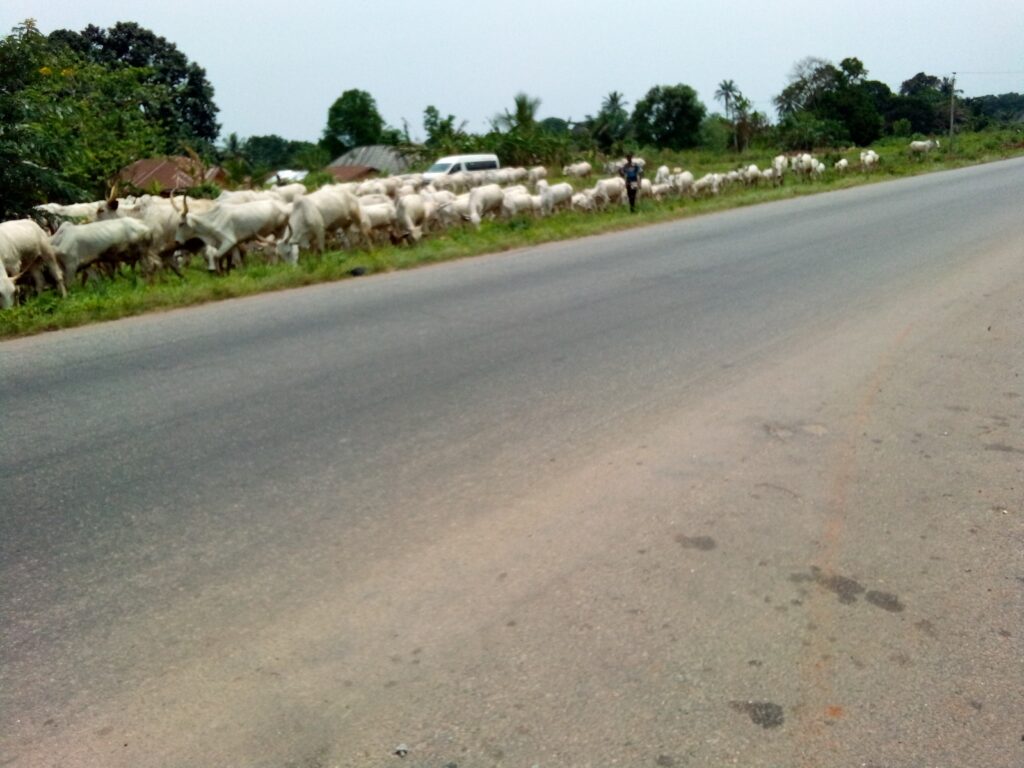 Delta State Government has refuted insinuations that the state’s anti-open grazing law has been left dormant and unenforced.

The Commissioner for information, Mr. Charles Aniagwu who refuted the claim while answering a question during the Tuesday post -EXCO media briefing at Government House Asaba said it was not true that the State’s Anti-Open Grazing Law is not being implemented, but that the state government is working to perfect the plans and strategies so as to meet the demands of the law in order to achieve the best possible enforcement performance.

The question put to the Commissioner became necessary in view of mounting complaints by Deltans, especially farmers who in silence have had to live with unbearable menace of the atrocities that cattle and the herdsmen inflict on them in their farms.

Farmers in Igbodo, Ekwuoma, Onitcha-Ugbo, Obior, Issele-Uku as well as motorists tell of harrowing experiences that they encounter in their contact with the herdsmen, who move about with their cattle unhindered, destroying farm produce and roaming about on the expressway openly, thereby endangering vehicular movement.

Banneronlinenews.com have encountered complaints from disturbed farmers who point to the fact that the herders and their cattle were out of sight when the anti-open grazing bill was signed into law by Governor Ifeanyi Okowa as the animals were kept away, giving them momentary respite.

They observed that it would appear that the delay in swinging to action to enforce the law seems to have given the herders the impetus to boldly come out to begin to roam the farms and the expressway with their herds of cattle. “We are forced to live in silence with the situation because we are helpless,” a farmer said in exasperation at Igbodo. “The herders even eat up yams in the barns, and conduct themselves with impunity,” he added.

The story is also told of a night encounter on the Igbodo-Onicha-Ugbo Road, just close to the expressway from the St. Pius Xth Grammar School axis of how an Okada rider was inflicted with machete cuts when his motor-cycle collided suddenly with a herd of cattle on the lonely road. He died in the process and his body was recovered in the morning.

Other stories abound across Delta State with communities raising alarm at the menace of herders and their cattle in their communities.

But Mr. Aniagwu, while observing that the incidences of clashes between herders and farmers have reduced, however,  pleaded with Deltans to be patient with the state government as it perfects its enforcement modalities and strategies.

“We plead with our people to be patient with us because government is doing all that is possible to ensure that herders operate within the law, but we also understand that they will also need to be enlightened about the anti-open grazing law.

“Our people need to know that it is not to make a law and begin to force its operation down the throat of people. It will take some time because modalities have to be put in place ensure that cattle rearers also get to know what the law demands of them.

“So, we plead with our people to be patient with the government as the Committee saddled with enforcing the law is still working out the modalities in accordance with the demands of the law,” Mr. Aniagwu said.