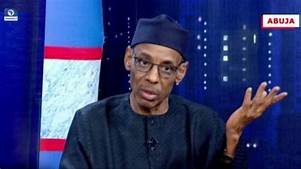 The Northern Elders Forum (NEF) has demanded the immediate resignation of President Muhammadu Buhari, over killings across the country, especially in the North. The Director, Publicity and Advocacy of NEF, Dr. Hakeem Baba-Ahmed, made the call yesterday in a statement.

President Buhari does not appear to have answers to the challenges of security to which we are exposed. We cannot continue to live and die under the dictates of killers, kidnappers, rapists and sundry criminal groups that have deprived us of our rights to live in peace and security.

“Our Constitution has provisions for leaders to voluntarily step down if they are challenged by personal reasons or they prove incapable of leading.

“It is now time for President Buhari to seriously consider that option, since his leadership has proved spectacularly incapable of providing security for Nigerians. Our Forum is aware of the weight of this advice, and it is also aware that we cannot continue to live under these conditions until 2023 when President Buhari’s term ends,” it said.

NEF said the it made the recommendation with the highest sense of responsibility, and expressed hope there are enough Nigerians who enjoy the confidence of President Buhari to advise him to consider resigning.

On December 1, 2020, NEF had made the call on President Buhari to resign for failure to combat increasing insecurity in the country after the beheading of over 67 farmers in Zabarmari village, Jere Local Government Area of Borno State, declaring that the Federal Government had breached Section 14 (1), which made security and welfare the sole purpose of its existence.

NEF had through Baba-Ahmed noted then that life had lost its value under the present administration due to the absence of political will to fight the Boko Haram insurgency and other threats such as banditry, rustling and kidnapping.

Referring to the massacre of innocent farmers in Zabarmari, the Forum regretted that Buhari had failed to listen to concerns from many Nigerians about the level of insecurity in the nation.

On Monday, the body had been among eminent Nigerians, which included the President of Christian Association of Nigeria (CAN), Samson Ayokunle and the Sultan of Sokoto, Sa’ad Abubakar, that warned that widespread insecurity across the country is the greatest threat to the 2023 general elections.

Speaking during the Inclusive Security Dialogue Retreat jointly organised by the Global Peace Foundation and Vision Africa in Abuja, they warned that there might be no election in 2023, if the current spate of insecurity in the country is not checked.

Baba-Ahmed yesterday lamented that killings and assaults on communities have now become daily features of lives of all Nigerians, as travelling anywhere is now risky, and the option of staying put does not make anyone safer.

He said: “Killers and other criminals appear to have sensed a paralysing vacuum at the highest levels of leadership, and they grow more confident and acquire more competence in subverting the State and our security.

“Nigerians have shed enough tears and blood without appropriate response from those with responsibilities to protect us.”

He advised politicians aspiring to lead the nation to weigh their capacities and commitments and challenges of leadership very carefully.

The Northern elders’ spokesperson said that leading Nigeria out of its current state and placing it firmly on the path of rediscovery is not an all-comers affair and that Nigerians will exercise greater levels of discretion in deciding who they can trust in future.

“There are also groups who deepen the concerns of Nigerians over the possibility of a safe and free campaign and conduct of the 2023 elections. Comments, which threaten that those parochial political demands must be met, rather than negotiated or processed through the democratic process threaten all Nigerians and hint at a wider space for violence in the run-up to the elections, and after it.

“These comments are unbecoming of elders, and they detract from the genuine and difficult search for good leaders who will be totally committed to a nation with very serious challenges.

“Our Forum re-commits to engagements and dialogue with all politicians and groups to seek the lowering of tensions and stresses, which represent threats to our democratic process. The Forum condoles with families who have lost members, and prays with those whose members are kidnapped that they will be re-united without further delay,” he declared.