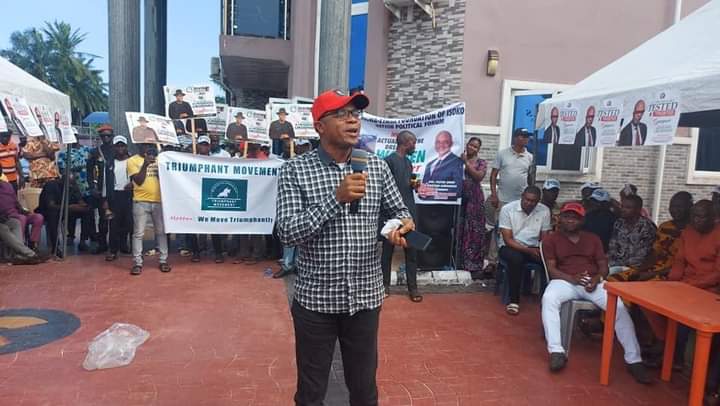 Immediate past Delta Commissioner for Energy, Engr. Jonathan Ukodhiko has formally declared interest to contest the Isoko Federal Constituency seat in the House of Representatives.

Addressing delegates of Isoko North and South local government areas at Otor-Igho and Oleh respectively on Wednesday, Ukodhiko said he was in the race to fight for the interest, unity and development of the Isoko people.

Accompanied by his wife, Mrs Ivie Ukodhiko and members of his campaign organisation led by Dr Paul Oweh, the businessman turned politician, said he was answering the call of the people to give them quality repre­sentation in the Green Chambers of the National Assembly.

According to him, “Majority of you know me before. But I am here to tell you officially that I have come to obey your clarion call, to contest for the Isoko Federal Constituency in the House of Representatives.

“I am here to give you the assurance that if you give me your support, I will not let you down.

“When you give me support you are also supporting yourself because when I say a thing I do it. I will go there and fight for you and bring things for you.

“I will go there to make sure that your voice is heard and you know that I have the capacity and the capability to do that,” he said.

The frontline aspirant further said his aspiration was borne out of the need to unify Isoko and to take it to greater heights.

“I am determined to give Isoko a greater voice and make it outstanding, that people will reckon with and be envious of us.

“My dear delegates, I am here to appeal to your conscience. Today you are in a position to decide the fate of Isoko land for the next four years and that power is in your hands.

“You have the opportunity and the onus is on your shoulders to take Isoko to greater heights or to take it down below what it is today.

“A vote for Ukodhiko is a vote for progress, wealth creation, prosperity, peace, stability and progress of the Isoko people,” he declared.

In his response, Chairman Isoko North PDP, Prince Godwin Ogorugba said the party was poised to conduct transparent primaries for all aspirants.

He urge all aspirants to go and campaign to win or lose, stressing that “if you don’t have character or a good name, nobody will vote for you.

“Ukodhiko is one of our finest, I have known him for over 30 years and I know that he is eminently qualified to represent the Isoko people.

“It is God that gives power and I wish you all the best in the party primaries,” Ogorugba stated.

On his part, Chairman Isoko South PDP, Chief Godspower Obaro, described Ukodhiko as a very humble man who is qualified to contest.

He said as party leaders, “our role is to make sure that the contest is done to the satisfaction of everyone.

“Let me assure you that the party primaries will be conducted free and fair and we will treat everyone equally.

“All the delegates are here, you are free to consult them at anytime and at the end of the day the winner will carry it.

“You are free to enter Isoko South to consult and lobby them ahead of the party primaries,” Obaro added.

In their separate remarks, former Speaker of the Delta State House of Assembly, Rt Hon Emmanuel Okoro PhD, and Chief James Obeuwou called on the people not to be deceived by the Isoko North and South dichotomy, adding that Isoko is one united people.

“Do not be deceived. There is nothing like Isoko North or Isoko South dichotomy. What we have is simply for administrative purposes. So let us focus on the man that has the integrity and capacity to represent us further.

“The Ukodhiko we know is a very humble and responsible man. He is a promise keeper and we can assure Isoko people that he is the best man for the job.” 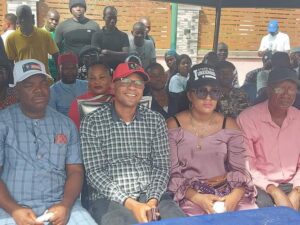