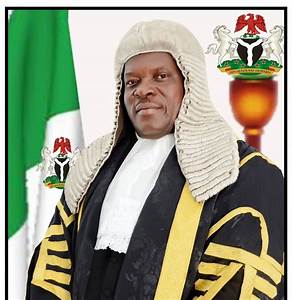 UMUTU/Nigeria: The Member representing Ukwuani State Constituency, and Deputy Speaker Delta State House of Assembly, Rt. Hon Ochor C. Ochor had been making known his achievements since he was sworn-in as a member of the Assembly, even as he calls for more supports for Governor Ifeanyi Okowa government to deliver more dividends of democracy to the people of the state.

The Deputy Speaker who spoke at Umutu, on Friday, April 15, 2022, the annual celebration of Igili day, a cultural festival of the people to showcase the culture, custom and a day set aside to discuss the affairs of the community.

Rt. Hon Ochor stated that through his collaboration with the executive arm of government, various projects have been executed in the community, and other communities in Ukwuani Local Government Area since 2020, with interventions in schools, markets and roads.

He said he was able to achieve the much he has done with the prayers and support of the people of Ukwuani, advising them not to relent, as their continuous support would give him the strength to push for more for the people.

“Today is Igili Day, a day set aside to celebrate ourselves, our culture and custom, and at same time come together to discuss the issues that affects our commonwealth as a people.

“I will therefore use this opportunity to inform you, that in the past three years, we have not done badly, as our community, Umutu, and other Communities in our local government have benefitted from the dividends of our representation.

He continued: “We have more for the year 2022 budget year, and I urge you to continue your support for this government to finish stronger. Our Governor, Senator Ifeanyi Okowa had promised all Deltans this, and we have to join him to achieve a Stronger Delta.”

Earlier in his welcome address, the President-General, SNR Comdr Dan Ojo, had called on all the sons and daughters of Umutu to be united to achieve the goals they have set for the development of the community.