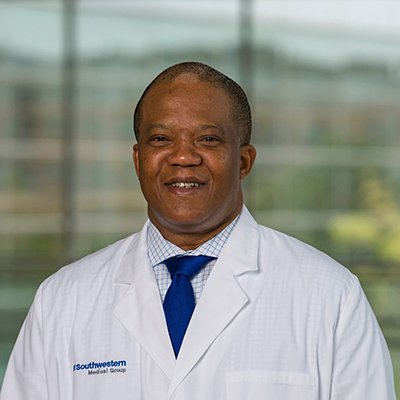 Chief_editor April 19, 2022April 19, 2022
By Abraham Ariyo, M.D.
Against the backdrop of negativities emerging from Nigeria, Nigerians in the Diaspora, particularly those in the medical field, have continued to make global waves in their fields of endeavour, thereby, providing some form of salves for the pains experienced inside the country.
Prominent Cardiologist and US-based medical practitioner, Abraham Ariyo, M.D, in Dallas, TX has announced the recent appointment of his colleague, Dr. Ohwofiemu Nwariaku, M.D. as the New Chief of Surgery at the University of Utah, USA, effective July 1st, 2022.
He said: “I placed a phone call to congratulate “Blondi”, as we called him at University College Hospital (UCH), Ibadan when we were students. He was excited about his new appointment and we transiently celebrated on the phone, pending real ‘washing’ to follow very soon.
“In 2000, when I interviewed for a cardiology faculty job at the University of Texas -Southwestern Medical School (UTSW) in Dallas, a prominent Black surgeon was leaving to become Head of Surgery at the University of Utah. He was from the Caribbean. Fast forward, two decades later, our own man, who was just two years on the faculty at the time, is now stepping up to fill the top spot in Utah.”
“Dr Nwariaku graduated from the University of Ibadan College of Medicine in 1987. He did his internship at Eku Baptist Hospital in Eku, (Old Bendel State, now Delta State) where he distinguished himself. He impressed the visiting American surgeons there.
“When dedication and hard work meet luck, the result is excellence. This rough diamond that was discovered in Eku, in now Delta State of Nigeria, ended up at UTSW in Dallas for residency in surgery. He has been in Dallas ever since, quietly working hard and silently digging for gold. Gold he found in 2022!
“I ended up moving to Dallas in 2000, but not at UTSW. In fact, I didn’t know he was there,” he further disclosed.
“In 2002, we were staring at each other while waiting for food at the Nigeria restaurant in Dallas. Since we both happened to be married to non-Nigerians, our occasional visits to this restaurant were marked with pent-up demand for and eagerness to taste that our motherland food.
“While I was waiting for my pounded yam and goat meat, which I was salivating to receive, he was waiting for the arrival of his full meal, topped off with serious goat head 🍜 soup.
“After fulfilling our respective gastric desires and having both completed our liver rounds, we sat close to catch up with each other. We discussed old UCH memories. Another member of his ‘87 class, Edwin Ojo (late), the gastroenterologist among the three of us, was present at the feast.
“Fiemu and I have remained in Dallas ever since. In 2007, I saw him at 11pm after our local ANPA meeting and he said, ‘Abraham, isn’t Adisa in your set?’ I said, “Yes. I have been looking for him since 1988, and no one could tell me his whereabout.” He said, “Guess what? He is at my house now, but leaves for Nigeria at 6am tomorrow morning.
” I immediately drove straight to Blondi’s house to meet Professor Adisa (late) at midnight. We all spent that night reminiscing about our student lives at UCH with fun memories.
“That meeting finally rekindled my link with my lost old friend. At the time, Adisa and Fiemu were prominent world class surgeons doing international collaborative work and research.
“In 2013, a visiting ex-Minister asked me for help regarding his wife who needed some surgical treatment, I promptly called Fiemu and the ex-Minister’s wife was taken care of. They were happy with the care they received from Fiemu.
“In 2014, Fiemu called me and informed me that the Governor of Bayelsa state was sending a delegation to Dallas as a fact-finding team regarding their proposed Bayelsa Medical Complex Building. I was glad to join Fiemu in showing the Governor’s delegates several hospitals that my colleagues and I had built in the Dallas metroplex.
“In 2017, Fiemu contacted me to inform me that President Olusegun Obasanjo was coming to Dallas, as part of his world tour to launch his new book. It was held at SMU here in Dallas.”
Ariyo, MD said: “At one point, I had to ask him, “Fiemu, we are now moving in the company of ex-Ministers, Governors and even President of Nigeria! What’s up with that? We are moving on up brother.” He laughed. Such a humble guy. He said, “Abraham, we just need to keep doing our good work.”
“I am, therefore, extremely pleased to announce to you, our own Blondi, all the way from UCH, as the next Chief of the Department of Surgery at the University of Utah, Professor Ohwofiemu Nwariaku.
* Abraham Ariyo, is Medical Director,
Interventional Cardiologist, Baylor Medical Center
Director, HeartMasters Cardiology, Dallas, TX