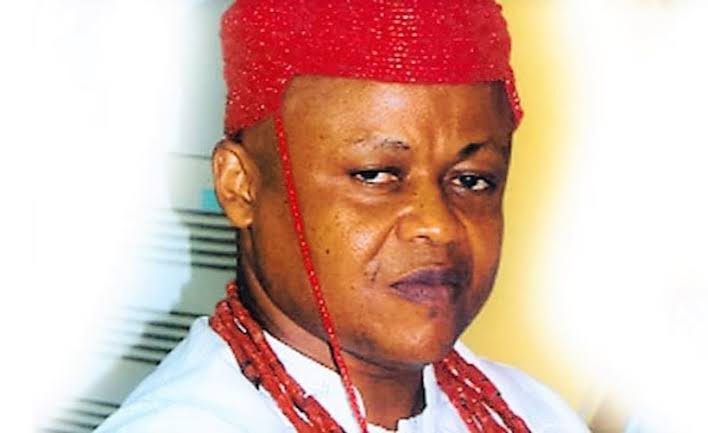 A murmur of disappointment swept through a High Court of Delta state
sitting in Ibusa, Oshimili North Local Government Area when, on Tuesday April 26, 2022, it adjourned the case of the murder of the traditional ruler of Ubulu-Uku Kingdom, His Royal Majesty, Obi Akaeze Edward Ofulue III.

The monarch was allegedly killed by Fulani herdsmen in January 2016. Those who have been following the case had expected that the slow-moving suit would pick up traction on Tuesday because a pathologist was
expected to give testimony of his findings when he examined the remains of the kidnapped and murdered monarch.

While presiding over court proceedings on Tuesday in Ibusa, Justice Omozie adjourned the case till 30th June, 2022 for definite hearing due to the absence of Counsel to the Second and Fourth defendants in the case.

Earlier, Prosecuting Counsel, Barr. A.O. Orhororo, bemoaned the absence
of the Counsel to the second and fourth defendants, Barr. O. O Oshiali,
in the running of the case.

He noted that the absence of counsel of the second and fourth defendants will forestall court proceedings as the Pathologist, Dr C. A. Okoye, a witness who is to testify concerning the post-mortem results of the deceased, cannot testify without the presence of the counsel.

Orhororo pleaded with the Judge that the Counsel of the second and fourth defendants bear the financial implication of their absence, saying that the Counsel for both defendants should be made to bear the financial implication of the inability of the witness to testify.
“We had to spend the sum of N37,500 to enable the pathologist witness
be in court,” he stated.

However, the Judge overlooked the application of the prosecuting counsel,
maintaining that it is the first time the counsel of the defendants was absent from court since the case began.

“The court would give the absent counsel to the defendant a benefit of doubt as it is not in the character of the counsel to be absent in court”.

Having sought the opinion of both counsels for a suitable date, the
Judge adjourned the case to 30th June 2022 when he affirmed that hearing will definitely proceed.