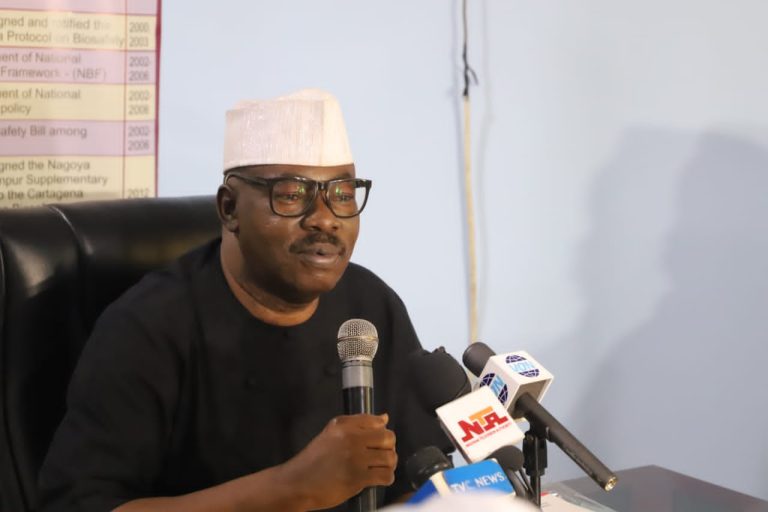 Olorogun Dr Rufus Ebegba KSJ is the Director General and Chief Executive Officer of the National Biosafety Management Agency (NBMA), an APC Chieftain from Delta State and a rumoured gubernatorial aspirant for the 2023 Elections.

He responded candidly to questions from newsmen recently on issues relating to Delta State, APC, his aspiration, the Buhari Administration and the Electoral Act.*

Following are excerpts from the interview.

There have been rumors about your interest In the 2023 Gubernatorial Elections in Delta State. What is your reaction to this?

Dr Ebegba: Every Deltan who loves and is proud of his heritage should have an interest in the governance of the state, and this is the same interest that I have. This is to see ways through which sincere contributions can be made to organize the state and it’s resources for better welfare for the people.

As it relates to the gubernatorial elections, it is true that there have been calls and interests from prominent and well-meaning Deltans for me to present myself to serve the state at the highest capacity available.

I’m humbled by this and I’m taking it into very serious consideration, a lot of things are possible and Deltans deserve the very best from the options available.

What Are Your Views About The State Of The APC And How Prepared Is The Party Going Into The 2023 Elections?

The All Progressives Congress (APC) has  done a lot of things to move the country forward and to also deepen democracy.

The President Muhammadu Buhari -led Administration has been clear about it’s policies and intention for the country.
There has been notable progress and improvements in areas of Infrastructure, Transportation, Wealth Creation and Economy, Manufacturing, Agriculture, Environment and Security.

Strategic interventions of the Federal Govt through ventures like Ecological Fund, GEEP, Agricultural Small and Medium Enterprise Investment Scheme (AGSMEIS), Home Grown School Feeding Program (HGSFP) and others, have shown the govts welfarist disposition and I believe he deserves some commendation.

And if more publicity can be done to spread the knowledge of the good programmes of the government, I believe the party is certain to secure a return to Aso Rock. 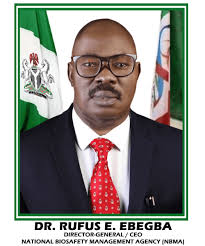 And although there is the desire for more, the PMB/APC Administration has successfully done better than the previous governments in the country, before it came to power.

The case with Delta State is self explanatory, because what needs to be done is a sincere x-ray of the activities of the succeeding governments in the state, juxtaposing the assessment with the resource that have been received on behalf of the State since 1999.

After this is done, I think the outcome will be a shift in attention and expectation, because we all know that it is one party that has ruled  the state for the past 23 years.

For the APC, this is an advantage especially when you compare it with the level of performance APC stewards from the state have recorded through the time of their affiliation with the party. The APC places a lot of confidence in its ability to inspire it’s members to perform in their responsibilities.

Going Into the general elections, this, alongside other facts will be presented to the people for them to choose what they believe is better.

The APC holds a lot of promise and it deserves a chance to deliver Order and Organization to the State.

There have been assertions that Delta State Is a PDP State. How Would This Impact The APC’s Chances In 2023?

Sometimes it is hard for people to let go of certain ideas and misconceptions but no matter how much or how long a lie had been repeated, it can’t become the truth.

Delta is not a PDP State and this has been very clear since 1999. There has never been a time when PDP occupied all political offices in the state, and even when it was said that majority who have been active in the political leadership of the state may have been aligned to it at one time or the other, it is on record that other political parties have indeed triumphed.

So you can see that there is nothing like Delta being a PDP State, but in 2023 this will be made very clear by the people themselves.

Some Sections Of The Party Believe That You May Not Be Popular In The Party, how do you react to this?

Well as a human being not everyone will know you, and there is nothing wrong with that.

If you look at it, some people who are known all over the place today, may not really be acceptable to majority, or politicalyl be viable for the party and the state.

Nevertheless, in my capacity as Director General and Chief Executive Officer of Nigeria’s Biosafety and Biosecurity Architecture, I don’t think you are correct in saying I’m not popular, especially within my party, the APC in Delta State.

Popularity is only advantageous when the report carries more positive response within the people. For the past seven years I have worked in synergy with the President Muhammadu Buhari Administration to deliver the one of  Best Biosafey and Biosecurity Administration in Africa.

So even if there are some people who may not know me, there is no doubt that when they do, it will be with a very high degree of positivity and acceptance

There Have Been Controversies In Delta APC Which Has Led To Defections That Have Not Improved The Party’s Formidability, How Would You React To This?

Delta APC is like every other political party, it has its own issues and affairs to deal with.

When there is more than one opinion, there is bound to be a clash.

This is also because the party tries to give opportunity to various opinions and views to manifest their angle of progressive drive.

But the controversies have not stopped notable defections to the party, and while I believe deliberations should be encouraged with freedom of expression and engagements within the ambits of the party constitution, the party can further boost it’s chances by always maintaining a brotherly disposition to conflicting parties and issues in its affairs.

It is important that every partyman can be free to aspire, participate and interact with the leadership structure and membership of the party. There must be deliberate steps to follow the Constitution of the party where it is not in conflict with fundamental rights of people.

The National, State, LGA and Ward Leadership of the party must be allowed to exercise it’s powers in the administration of the party, as recognized by the party constitution, free from unhealthy influences, because the party is stronger by its numbers.

This will further deepen participation in the party’s activities.

Also those who are vantage position through the Party must embrace others with humility  and love, so that the party will not suffer because of inter conflict.

Delta State presently has the structure and capacity to do well, because despite the level of mismanagement it is clear that God has graciously made resources in abundance.

Delta State has been a top earner since it’s creation, due to large mineral deposits and a growing population made up of a lot of youths. People and  resources are the combibation for wealth Creation.

The aspect where Delta State has been unfortunate is in leadership and the organization of governance .

Part of the inadequacies of the past and present administrations have been inability to follow up policies that put citizens at center of governance with the much needed political will, to see it’s success, and this is why areas where they may be scored fairly have been further derailed by the lack of foresight and outright pettiness.

From a critical study of the state of affairs in Delta, there is need for Organization and Re-Orientation with citizens’ interest

The Electoral Act Section 84 (12), It’s Impact On Your Aspiration?

First, the Electoral Act 2022, is Iegacy of progressive leadership that the APC has gifted Nigeria. The letters in the Act are a positive attempt to deepen our electoral system and we must commend the National Assembly and it’s leadership for a good job.

However the Constitution of the Federal Republic of Nigeria is the highest law of the Country and it supersedes any other enactment, therefore if there are  inconsistencies in the Electoral Act, the Constitution should supercede it. No law should discriminate against any one.

I believe the matter is before a court of competent jurisdiction, therefore I would want the court to make it’s decision, so as not to mislead anyone.