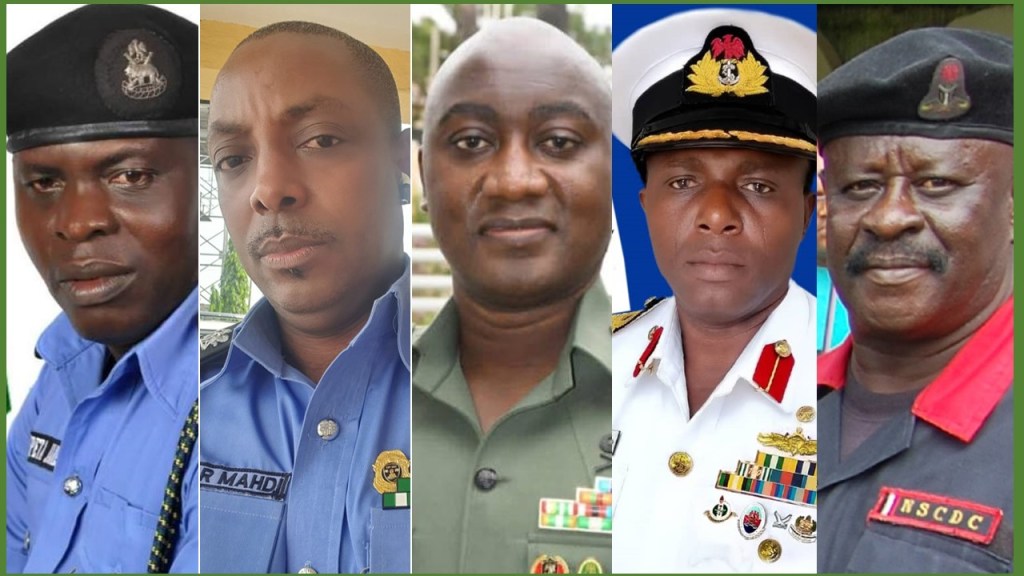 We may never know what happened. But let me tell you what we know. On Sunday, April 24, 2022 in Owerri, the Imo State capital, there was a traffic snarl and unfortunately, officers of two Federal security agencies, the Nigeria Police Force, NPF, and the Nigeria Security and Civil Defence, NSCD, were caught in it.

Given the age-long rivalry among the armed security services, there was an altercation on who will get off the road for the other. Forcing other motorists off the road in traffic, is a way the military and security services terrorise the Nigerian civil populace. But they sometimes turn on themselves in what Afro-beat legend, Fela Anikulapo, called ‘Power Show’.

Traditionally, the military brutalises the police, and the police beats the NSDC. But in this instance, given the fact that the NSDC had a convoy conveying the Commandant, Mr Ogah, it easily subdued the lone police officer, Superintendent Ezenwanne Nonso, who was in mufti.

But the latter put up a gallant fight and followed the convoy to the state headquarters of the NSDC. In the cause of this, the hard fighting Nonso drew a gun but was over powered and his cell phone seized. This is how far we can verify the facts; the rest are the claims of both agencies laced with their usual inelegant lies.

The story of the NSDC is that once it confirmed the identity of Nonso, it released him. The impression is that the policeman was not detained. The police version contradicted this.

The next day, Officer Nonso’s colleagues from Squadron-18 Mobile Police, Owerri, invaded the NSCDC office. Expectedly, shots and teargas were fired before the policemen overran the command. They brutalized Commandant Ogah who was dragged on the floor out of his office in boxers, and killed his orderly.

In gleefully reporting on its gallant victory, the police statement gave a graphic picture: “The Civil Defence personnel scampered for safety and in the process the police superintendent was rescued gallantly from their custody leaving nobody hurt or injured.”

The brutalised commandant and his murdered orderly are “nobody”, so they are not listed as casualties of the memorable clash. End of story. The dutiful orderly has been despatched to heaven. Neither he nor his family will get justice. The poor man has become part of the statistics of lives needlessly snatched by Nigerian security forces.

The Commissioner of Police Mohammed Ahmed Barde, added a comical side by directing his men to investigate the incident, promising that the outcome “will be made public”. That is the usual official line. But if there is an investigation at all, the report will not be made public.

When in June 2020, First Lady Aisha Buhari led her children and armed guards in a failed attempt to seize President Buhari’s relative and Personal Assistant, Sabiu Tunde Yusuf, in the Presidential Villa, shots were fired at the fleeing Yusuf. President Buhari promised an investigation and that Nigerians would be informed on the outcome. This is two years now and no word has been heard from him on the outcome of the ‘investigation’.

In any case, is it not a joke that the police which is involved in the Imo State invasion and has issued an official statement on the incident would be the same agency to ‘investigate’ it?

Ordinarily, given the fact that Nigeria is a country with a government running under a Constitution and law, I would have called for a probe. But from all indications, the Buhari government, which has worked very hard in the last seven years, is fagged out and might actually be on sabbatical preceding its terminal leave before its welcome exit within the next 12 months.

The Buhari government had in 2019, announced the border closures as the necessary step to check the incessant smuggling of arms and contraband goods. If there were good governance and a sense of accountability, one would have expected government to give a report on its closing our borders for a cumulative three years and the effects on the populace, our economy, regional and continental integration processes.

It is the same lack of accountability we witnessed in 1984 when President Buhari as the then Military Head of State, shut the country’s borders. So in the close to four decades between the two border closures, what has the country learnt? What has it gained? What steps should government, public agencies and the populace collectively take to check cross-border crimes and prevent future border closures?

In my analysis, it is this same sense of impunity, lack of accountability, manifest anarchism and absence of government that is responsible for the pointed disobedience of our laws, not by the lumpen proletariat, but by some Honourable Ministers of the Federal Republic. For instance, their pointed trampling of the Electoral Act into the dust shows the state of mind of the Buhari government and why it is necessary for it to return to the path of legality.

Section 84 (12) of Electoral Act states that public appointees wishing to contest elections should resign. President Buhari who clearly is not pleased with the law he himself signed, verbally ordered the National Assembly, NASS, to expunge that section of the law. In a rare display of independence, the NASS declined Buhari’s imperial directives.

As a child growing up in Lagos, there was a market called Jankara where it was said that anything from forged certificates and documents, human parts to ghosts could be procured or purchased. When NASS would not do Buhari’s bidding, the Abia State division of the Federal High Court sitting in Umuahia on March 18, 2022 gave a ‘Jankara’ order to the Attorney-General of the Federation, AGF, Abubakar Malami, to immediately delete that Section 84 (12).

To cover the shame of the judiciary, few weeks later, the Owerri Division of the Court of Appeal led by Justice Rita Pemu ordered Malami, and other parties in the suit to suspend the execution of the judgement.

But Buhari’s ministers like those of Labour, Chris Ngige, and Minister of State for Education, Mr. Emeka Nwajiuba, who are running for the presidency, publicly declared they would not obey the law validly passed by NASS and signed by the President. If the Buhari government were on duty and not, like I suspect, on leave of absence with pay, I would have asked the President to pick up the courage and dismiss his lawless ministers.