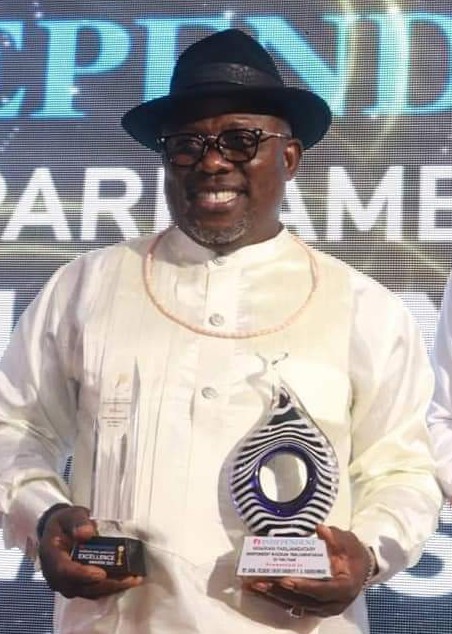 The Director-General of Siakpre Team for Sheriff Oborevwori, Mr. John Ewhubare Siakpere, has congratulated the Speaker of Delta State House of Assembly, Rt. Hon. Sheriff F. O. Oborevwori, over his clearance by the screening panel of the Peoples Democratic Party (PDP).

The Speaker of the Delta State House of Assembly and National Deputy Chairman of the Conference of Speakers of State Legislatures of Nigeria, Rt Hon Oborevwori was screened and issued with clearance certificate to contest the May 21, 2022 governorship primary election in Delta State, in Port Harcourt, on Thursday, April 28th, 2022.

He is ahead of 13 others seeking the nomination of PDP in Delta State for the Delta State Governorship election in 2023.

Mr Siakpere while congratulating the foremost Governorship aspirant in Delta State, Rt.Hon Oborevwori, said the fact that the Speaker scaled the hurdles showed that he is eminently qualified to be the governor of the state next year.

Mr Siakpere, who is leading the main support group for the Speaker’s aspiration, said victory was sure for Rt Hon Oborevwori in the forthcoming intra-party election.

The Director General of Siakpere Team, who is also a key member of some UK-based groups rooting for Rt Hon Oborevwori, especially Okpe Union, UK and Urhobos in Dispora Good Governance Initiatives (UDGGI), berated those sponsoring campaigns of calumny against the governorship aspirant and described them as “enemies of progress of Delta State”.

He said they were fabricating and manufacturing falsehood in order to serve their evil and wicked intentions,

While stating that Rt.Hon Oborevwori was eminently qualified educationally, he added that all his educational qualifications were genuinely earned.

According to him, Rt Hon Oborevwori had been outstanding in all his dealings and activities, adding that he is a square peg in a square hole.

Mr Siakpere was also not pleased with the needless controversy over the names on Rt.Hon Oborevwori’s credentials, arguing that all his names were unambiguously in the public domain over the years.

He said since the initials F.O. represented Francis Orohwedor, he wondered what informed the hullabaloo about the appearance of those names on his certificates.

” The hullabaloo over his names and educational qualifications are misplaced and ill-motivated. Even his critics know that he is very qualified to serve as Governor of Delta State. He went to those schools, the certificates were not cooked and manufactured. Doubting Thomases can go to Edo State University, Ekpoma and Delta State University (DELSU), Abraka, to verify their frivolous claims. God has put all detractors to shame and by May 21st, 2022 and after the 2023 Governorship election, we are going to sing victory songs,” Siakpere added.