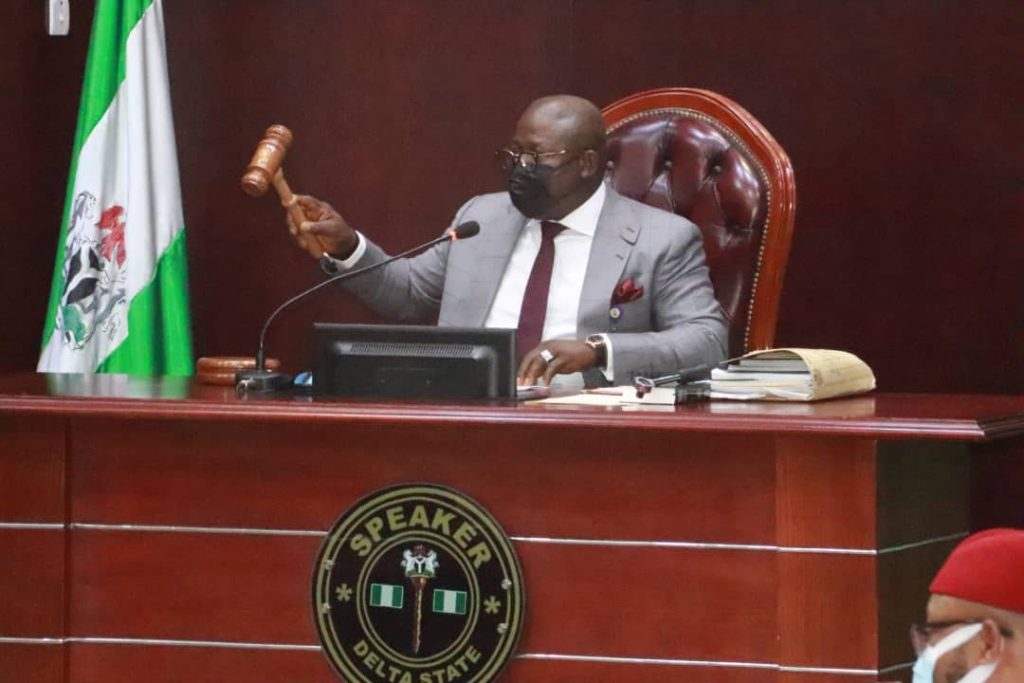 The conspiracy to bring down Rt. Hon. Sheriff Oborevwori politically has been palpable. Yet, goodness – that rare quality of being morally good and righteous is a valuable attribute that stakeholders, faithful, and loyalists of the Peoples Democratic Party (PDP) in Delta find admirable in him.

Evidently, they are not moved by the attacks on him by his traducers; attacks which gathered momentum to the point of being vicious when indications began to emerge that fortune is smiling on him in the political ambiance.  All hands, therefore, came on deck to effect an unwholesome agreement to do everything to discredit him and any other opponent believed to be standing in the way of their main man, Olorogun David Edevbie for the ticket of the Peoples Democratic Party (PDP) governorship in Delta State.
All manner of schemes and scheming in furtherance of their machination were put in operation using the vehicle of propaganda, distorted information that they systematically spread with gusto.  Of course, social media is their space, and their hirelings are having a field day bombarding it with information to promote their principal.

Unfortunately, and more often such information is cant, and directed at indoctrinating members of the public and Deltans in particular. They came in torrents, using all stratagems to achieve misleading publicity against Oborevwori now seen as the foremost governorship aspirant in the PDP fold.
Vile write-ups have been sponsored against him, some of them measuring up as hits below the belt. In all, sponsored propaganda materials from the David Edevbie camp have been most contemptible and abominable. They spewed the lies that Oborevwori lacked education; that he is a street fellow, a motor park tout and gangster, and more.

All aimed to downgrade his esteem and reduce him as a worthless fellow incapable of running as governor of Delta State. Even the almighty Urhobo Progress Union (UPU) was not left out in the despicable mission to reduce a foremost Urhobo son to rubble in preference for their anointed David Edevbie. Cynics of the UPU action are asking if Oborevwori and other aspirants of Urhobo stock are not true Urhobos? Why treat them with contempt and spite?

But emerging revelations exposing the bad-natured criticisms of Oborevwori by the babbling blockheads in Edevbie’s propaganda outfit have turned the tide against their principal. Above and beyond, it is now clear that Edevbie in Delta PDP circle is judged to be snobbish, not egalitarian, lacks human relations, brash and conceited. Still, he is noted to lack street credibility, a quality that has been found to be excellent in Oborevwori.  In other words, Edevbie does not possess the virtues that politicians look out for in a political leader in a plural and egalitarian society like Delta State. His ordeal fits perfectly into the expressions of Alexander Pope somewhere in his Epistle to Dr. Arbuthnot in which he describes one of his attackers stating:

“His virtues even proves repulsive

“Beauty that shocks you, parts that none will trust, Wit that can creep, and pride that licks the dust.”

It is now clear and sparkling that David Edevbie is not popular with PDP members and cannot be their choice for governorship.

Everywhere, PDP members, the stakeholders of the party, and leaders who know why they formed and became members of the party are well aware of this and are not ready to compromise the level of quality they have set as a norm for the man or woman that must fly the party’s flag on their behalf at the governorship polls. Edevbie lacks these virtues. And the party members are saying it. Rather they see virtue in Sheriff Oborevwori.

And this is confirmed when a notable leader, stakeholder, and grassroots mobiliser stated recently. He said: “One thing people probably do not know is that Oborevwori is an honest man. It takes honesty and transparency to lead and handle a complex institution like the House of Assembly with diverse interests, backgrounds, and orientations. In Sheriff, as governor, Deltans will witness unity, peace, and progress with accountability.”
Need anyone say any more?