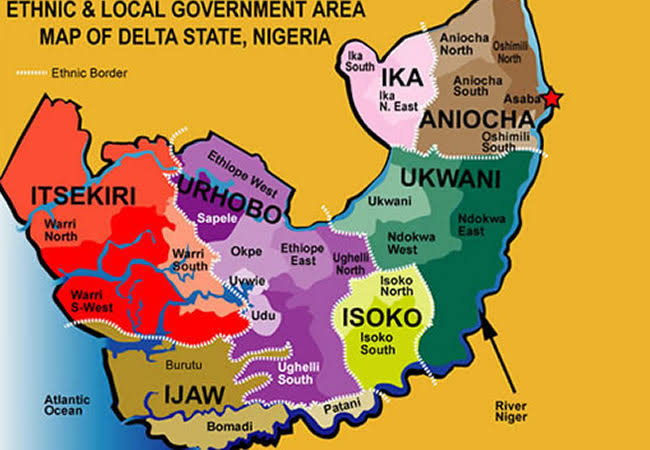 The Delta Political Roundtable, a political pressure group in the state has condemned in strong terms the attitude of some Urhobo people over their persistent antagonism to the Peoples Democratic Party (PDP) and warned that henceforth, the Urhobos will find it difficult to get a Pan-Delta support for the governorship of the state in the future.

In a statement signed by the group’s spokesman, Chief Godday Ureki and made available to the press on Saturday, the group described the latest petitions and purported disqualification of the leading governorship aspirant in the state and Speaker of the Delta State House of Assembly, Rt Hon. Chief Sheriff Oborevwori as one of the stocks-in-trade of Urhobo people.

The group noted that history is replete with the antagonistic acts of the Urhobo people in the PDP and other opposition parties from 1999 to date and warned that nobody will support them again for the governorship of the state as they have proved to be rabble-rousers.

He noted that in 1999 the Urhobos fought Chief James Ibori all through his tenure until he was hounded into jail with the help of his kinsmen.

“We have observed with serious dismay the coordinated attacks on the leading and most accepted PDP aspirant for the Delta State Governorship election, Rt. Hon. Chief Sheriff Oborevwori by a section of Urhobos in the state.

“We have also observed that the Urhobos are fond of ‘fighting’ politicians identified as Pan-Delta aspirants starting from 1999 to date.

“We recall how they fought Chief James Ibori making him to spend state funds over a plethora of cases, which set the state back until he was jailed after his tenure.

“These same politicians with melancholic temperament also engaged Governor Emmanuel Uduaghan in a battle of wits which made him go through 19 cases presided over by 77 judges/justices in seven years. They made him spend state funds that should have been spent on serious infrastructural development on needless court cases.

“Again these same set of people were hell-bent on stopping Governor Ifeanyi Okowa when they knew it was the time of Delta North to produce the governor in 2015. And they only pretended to endorse him for a second term when they knew that failure to do so would have amounted to the Urhobos loosing their turn to Delta South in 2023.

“We have seen with great concern the coordinated attacks on the leading governorship aspirant in the state, a man generally accepted by all members of the state assembly and all stakeholders across the state. They have written many petitions and concocted several tales aimed at impugning the good reputation of the Speaker as the most popular and widely accepted aspirant for the Delta number one job.

“The latest is the alleged investigation of the Speaker and other aspirants of the PDP by the APC at the instance of the Deputy President of the Senate, Senator Ovie Omo-Agege who is also interested in the governorship race. Thankfully, Senator Omo-Agege has personally disowned the said report as he claimed he did not constitute any team to investigate anybody ahead of the governorship election in the state.

“We have, therefore, resolved that going forward we will no longer support any aspirant from the Delta Central Senatorial District in the future since they have tried to show that the state  belongs to them and they can use it the way they like as their personal property.

These jittery politicians are afraid of defeat and have resolved to go by way of propaganda to drive home their perceived interest.

We urge the general public to disregard any publications of an alleged investigation of the Speaker and other PDP aspirants  as they are not a true reflection of the state-of-affairs.

“We further urge our party faithful and stakeholders to prepare for the party primaries as we have been assured of a free and fair primaries for all aspirants,” the statement read.