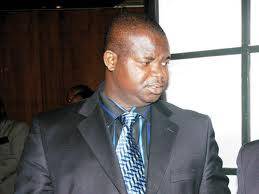 The Movement for Stronger Delta, MSD, was a bit amused and temporarily intrigued when the announcement broke, that Deputy Senate President, Obarisi Ovie Omo-Agege had appointed Olorogun, Ima Niboro, as Director of Communications and Media Strategy for his campaign organisation.

Was this not the same Ima Niboro; generally regarded as feisty, snobbish, haughty, and arrogant by members of the press and the media, his own immediate constituency, when he was a spokesperson to former President Goodluck Jonathan?

Was this not the same Ima Niboro who was reportedly sacked by the very same President Jonathan for his cantankerous and pugnacious attitude? The same Ima Niboro who was sacked by President Buhari as DG of News Agency of Nigeria, NAN, over a plethora of allegations ranging from corruption charges and fraudulent contract awards, high-handedness, witch-hunting of staff, financial mismanagement, and authoritarianism?

The same Ima Niboro who, even in his short stay at NAN, was accused in a petition, by his subordinates who said he has acquired four luxury cars worth =N=50 million (way above his approval limit) with the agency’s funds, while there is no drinking water in the agency’s head office in Abuja, and staff are owed allowances. When he was asked about it, Mr. Niboro reportedly admitted buying the Ford Pilot trucks with flashlights but argued that he acquired them for special duties including navigating difficult terrains for stories. Nigeria!!!

This is also the same Ima Niboro, who temporarily relinquished his close to 1billion naira hotel to EFCC over some Boko Haram-related money laundering/transfer charges. Of course, his hotel, located in one of the busier hubs in Delta State is booming with business and there was never a case of molestation or security threats to his guests, local and foreign, or instances where he needed to provide about 4 or 5 policemen to guard his guests as they move around the State, because honestly, Delta State is one of the safest States in the Country.

Ima Niboro, as a Journalist, is one of the more distinguished professionals, whose pedigree, honed and perfected in the Tell Magazine of old, is underscored by his membership as a Fellow of the prestigious Nigerian Guild of Editors. But those who know him well, allege that he transformed into a very hostile, self-important, arrogantly superior, and disdainful creature, from the moment he moved to Aso Rock with then Vice President Goodluck Jonathan.

His metamorphosis into this lordly and supercilious ogre was completed when he became Special Adviser, Media, and Publicity to GEJ, after the Doctrine of Necessity elevated the VP to President. His career swan song dirged at NAN and he subsequently shed 40kg from his 125kg mass of uncivil lump, during which time he also defected to the APC to ostensibly deflect the prosecution of his disastrous NAN stint.

He was later deliberately and surreptitiously schemed out of the Ughelli North/Ughelli South/Udu Federal Constituency House of Representatives election, with brazen impunity, by the Omo-Agege/Oshiomhole faction of APC, in favour of a politically naive Reverend, who was, to state the obvious, a complete neophyte and greenhorn, compared to a former Presidential spokesperson.

We were thus momentarily amazed when we read the statement that the Deputy Senate President had chosen the same Ima Niboro, as his media director; a decision which signals his commitment to bring on board only the best and brightest to the campaign organisation.

Omo-Agege, justifying his choice said: “I have confidence in your capacity, knowledge, and experience. Yours is the very first appointment I am making, and it is a signal to the State and Country at large that we mean business here,” Omo-Agege said. What a joke!!!

And while we were still grappling with this quite unexpected professional ‘faux pas’ from the Deputy Senate President, the very same Ima Niboro appeared on a morning interview programme aired on Arise Television and proceeded to embarrass and make a complete fool of himself, not only with the factless, ignorant and clichéd emptiness of his criticism of Governor Ifeanyi Okowa’s administration, but indeed the obvious revelation that he is completely out of touch with the reality of the #StrongerDelta which the dynamic, astute and SMART administration of Governor Okowa is steadily consolidating.

We recall with all due respect, that a very renowned professional colleague of Ima Niboro, (name withheld) once profiled him thus in his days as presidential spokesperson: “It is not enough to churn out intelligent statements and direct them, somewhat impersonally, to the world at large. It is not enough to ensure that competent press releases are regularly emailed or faxed to every major media house in the land. It is not enough to talk eloquently on radio or TV programmes, or to articulately address crowds of journalists at press conferences.

“A Head of State’s Official Spokesman may be a VIP (of sorts) in his own right. But he is also a public servant whose salary is paid with public funds. And he should, ideally, possess the humility and sense of etiquette to respond respectfully when anyone who deserves respect gets in touch to seek help.

“A Head of State’s Official Spokesman should, in a nutshell, be willing to listen and learn and create strong relationships with a wide range of people. Sadly, Ima Niboro does not appear to understand this aspect of his duties.

“But nothing worked. He didn’t even bother to ask one of his office juniors to contact me, and I gave up after three weeks and wrote my article without his input. Many folks have subsequently assured me that this kind of behaviour is very normal for Niboro. He is, said one guy who has also suffered at his hands, more self-important and less accessible than many Governors and Ministers. What’s the point of carrying on like a rude Royal Majesty at a critical time like this?,” the obviously disenchanted colleague asked rhetorically.

Interestingly, Ima Niboro carried this distasteful and obnoxious attitude to NAN and after listening to his brief interview on Arise TV like almost twelve years after that colleague made the damning observations, it is obvious that a leopard can never really change its spots, neither can a dog wash away the blackness of its nose.

Thank goodness that the more cerebral, facts-laden, eloquently level-headed and impressively confident Charles Aniagwu, Delta State Commissioner for Information, was also on hand to set the records straight and put the newly exhumed and still cranky Omo-Agege’s spokesperson in his place.

The Movement for Stronger Delta recalls with satisfaction that prior to silencing this vuvuzela appearance by Ima Niboro on National Television, our dear Charles Aniagwu had already torn to shreds, the same uncensored and unsubstantiated lies which Obarisi Ovie Omo-Agege had dished out to Deltans of his declaration for Governorship rally, describing Omo-Agege’s attacks on the Okowa administration and the Peoples Democratic Party (PDP) in the State as petty and an indication that the Delta Central Senator was being economical with the truth for political reasons.

It bears mentioning for the umpteenth time that Governor Ifeanyi Okowa is not just called the “roadmaster”, a monicker accorded to him by none other than former President Olusegun Obasanjo, for nothing. Over 1,600 kilometers of roads and more than 799 road projects have been constructed and delivered, in addition to the completion and commissioning of solid, standard bridges which have been christened ‘bridges of possibilities’ for the huge importance they represent in linking communities together.

We need not remind them that while  Omo-Agege’s only major achievement is the erection of a signboard for the proposed Federal Polytechnic, Orogun without any foundation or blockwork, the Okowa administration has not only constructed Aragba-Orogun township roads as well as internal roads spanning four streets in Orogun Town where the Senator hails from, but accelerated construction work is ongoing in the three newly upgraded universities to deliver them on schedule in readiness for the commencement of the next academic calendar.

Of course, Omo-Agege will go to Ijaw land and tell them lies, forgetting that the people already know that the Okowa administration has transformed the creeks of Delta with bridges and several road projects including the Ayakoromo bridge, Trans Warri Road and bridges, the 20.4 km Ogulaha-Obotebe-Yokri, Sokebolou, Burutu internal roads, Ode-Itsekiri and Ogidigben internal roads among others.

He has already lied, even in total disrespect and disregard of his high position as Deputy Senate President that the Okowa administration neglected Ndokwa land, yet he has not visited Obiaruku alone, to see what is going on with the Obiaruku bridge and the internal roads constructed there as well as the Technical College built by the Okowa administration.

In this day and age when global economic initiatives are tilting heavily in favour of small and medium scale entrepreneurial engagements, the Okowa administration has keyed in comprehensively and so far, graduated over 100,000 STEP and YAGEP trainees, including some from Orogun too, and provided them with starter packs and requisite empowerment tools not just to become self-sustaining entrepreneurs but employers of labour themselves. The list is in the Delta Job Creation office for those who want to know the truth and their testimonies are reported every day on all media platforms.

Salaries are paid regularly as and when due, civil servants are trained and retrained, promotions are duly effected without discrimination and plans have been concluded to inject billions of naira into the pension scheme and drastically address and settle the backlog and entitlements of State and Local Government pensioners, by an administration which Ima Niboro and his master claim has “not done anything”.

And to further rubbish their lies, verifiable legacy projects of the Okowa administration, including the State Secretariat Complex, the Asaba Storm drainage, which Ima Niboro shameless claims on National Television, has been ‘washed away by flood’, the construction of bridges, flyovers, interchanges and dual carriageways across the three Senatorial Zones of the State, are all going to be completed before the end of this administration’s tenure.

We indeed sympathise with Ima Niboro, who declared on National Television that the security situation in Delta is so bad that he has to be escorted by a team of policemen for his safety, but then Proverbs 28 vs 1 has rightly pointed out that “the guilty run when no one pursues…” and with his past reputation haunting him, it is only obvious to understand why he would be going around with Police escorts.

In fact, one of the major and perhaps the defining challenge which Ima Niboro will have to deal with big-time, as the director of media and strategy for Omo-Agege is the challenge of tainted reputations. His own reputation, both as Presidential spokesperson and NAN Managing Director, is already plastered all over the public space for all to see.

However, it will be very difficult, in this his new job, to imagine how Deltans, nay Nigerians, will not constantly remember, even with the Court’s declaration later, the brazen, shameful, unholy, and globally embarrassing incident, of the invasion of the hallowed Senate chambers and the grabbing and forcefully removing of the Mace, our sacred symbol of democratic sovereignty as an independent nation, by hoodlums who were acting out a well-written script. This is one image and perception of Delta State that will continue to play and replay in the mind of Deltans and Nigerians as the 2023 election draws closer.

Deltans do not want a Delta State that will be mocked and embarrassed by the national and international community because of the burden of tainted reputations which some people carry around with them whether justly or unjustly. We just can’t afford to live with that shame at this time when we are solidly consolidating on building a #StrongerDelta for all Deltans.

That, as we have always maintained is the SIMPLE Agenda.