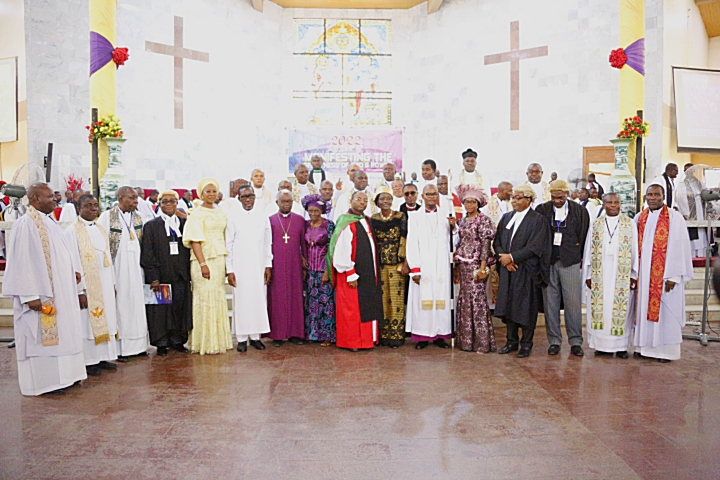 Okowa said the move became necessary so as to assist the schools in running effectively, particularly in the prevailing harsh economic situation in the country.

He made this known at the thanksgiving service to mark the end of the 16th Synod of Asaba Diocese, Church of Nigeria (Anglican Communion) held at the Cathedral Church of St. Peter, Bishop’s Court, Asaba.
First lesson at the service taken from the Ezra 3: 6-13 was read the governor, who also congratulated the new Bishop of the Diocese, Rt. Rev’d Kingsley Obuh, on his consecration and enthronement.

The governor, who was accompanied by his wife, Edith and top government functionaries, recalled that the state government returned 40 schools to the missions in 2011, and acknowledged that “it is not easy for such schools to be run given the current economic condition of the nation.”

He commended the church for drawing his attention to the plight of the schools, especially his promise to ensure that grants were given to missions to assist them in giving a firm standing to the schools that had been returned to them.

“But for those schools returned to the missions, it is in the best interest of the government of Delta State that they are supported to stand because they provide a space for study for some of our children across the state.

“So, we will try to take action at least in the first tranche of it, to see what we can do to support our missions,” he said.

Okowa commended the Church for its contributions to the health sector in the state, saying that their effort would help provide health care services particularly to the less-privileged in the society.

“In so doing, you are helping us to develop the health sector by bringing health closer to our people.

“As a government, we have continued to pay very special attention to education and health and hence our state has become a role model for contributory health insurance with over one million people enrolled in the scheme.

“I want to encourage our people to enrol in the scheme because it is very important as it helps, especially in time of lack.

“The state government pays for all pregnant women and children under five years of age but for others, there is a premium which is much less than what is paid at the national level,” he stated.

He said that for Christians to work effectively with God, their spiritual foundation must be very solid, adding “if your foundation is not strong you can’t withstand the problems of life.

“Everything in the face of the earth has a foundation and a weak foundation produces a miserable life. God is looking for those that He will partner but if your foundation is weak, God cannot work with you.

“Only Christ’s foundation is authentic and sure and if your foundation is not solid your relationship with God will not succeed,” the cleric said.