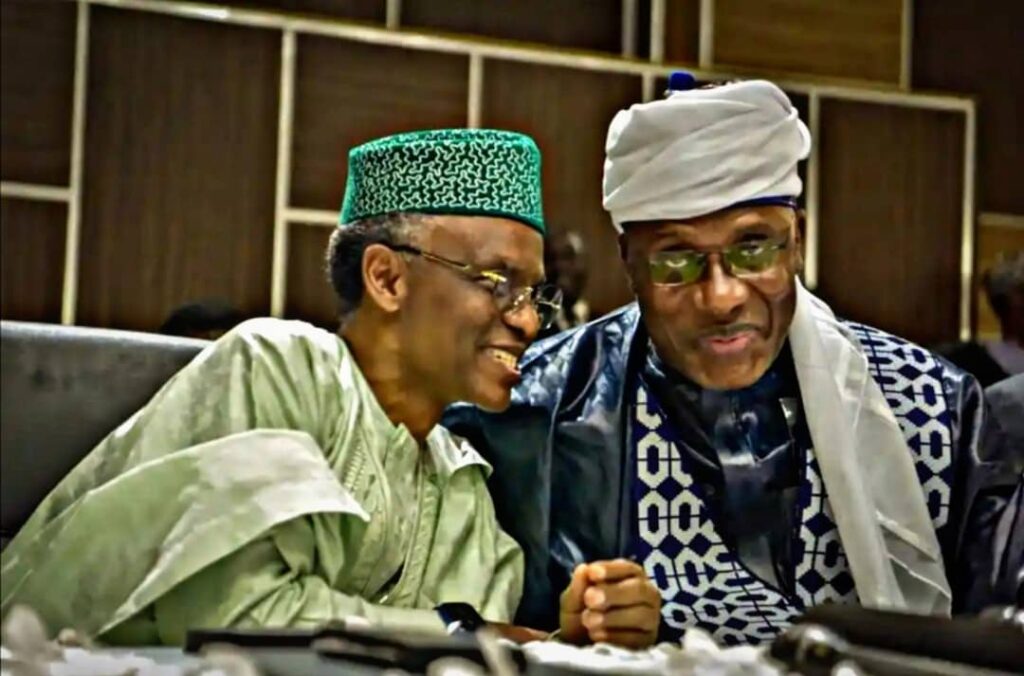 The political arena has witnessed a massive boost with key presidential aspirants of the two major parties leading their teams to different states of the country in a bid to get endorsement by revered Traditional Rulers and delegates for the primary elections expected at the end of May, 2023.

While there are assurances in some quarters, on the other hand, there are no definite commitments as delegates prefer to either wait on the promptings of the party leadership or they keep their cards close to their chests.

One common thing in all of these visits is the warm reception accorded the August visitors by the party members.

I am not going to dwell on the general perception of what each of the aspirants scored in the different places; rather, my discourse is solely on what happened in Kaduna State on two different occasions.

There are actually what we popularly refer to as swing states where two political parties have a roughly close level of support. These states often go a long way to determine the final results. I would like to borrow this term in the course of this article.

Every aspirant going into a primary election is expected to have dominance in some states, and of course, that would affect his overall success. It would be foolhardy for anyone to woo delegates where he has no stronghold. This is what makes a mockery of those who, prior to this time, have no political foothold where they aspire for offices. They are better seen as gladiators or pretenders who probably are on a mission to show relevance and seek negotiation when the deal is done. Some would have to step down even before the whistle is blown.

It is preposterous to expect that the governors or, in some cases, the ministers are not in control of the decisions of the delegates who will choose the candidates for their respective parties.

For a state with a sitting governor, over seventy-five percent of the votes will go in the direction of the governor. This is the kind of politics former Head of State, General Sani Abacha, talked about. “Our democracy is different from the Western world.” No matter how funny it sounds, it is an incontrovertible truth! We are still evolving even after twenty-four years of uninterrupted democracy.

The Governor of Kaduna State caused a major stir in the media after the visit of a frontline presidential aspirant, Bola Ahmed Tinubu. People like me almost had a heart attack when I watched the video and read the reports in major newspapers where El Rufai supervised the party delegates of APC, who threw their total support for Tinubu. That was supposed to be one of the strongholds of another strong contender to the top position, Chibuike Rotimi Amaechi. The reason is not farfetched for keen political watchers. El Rufai and Amaechi have, over time, become entangled like siamese twins. Since their paths crossed, they have become bonded by politics in that even their differences are resolved without much drama in the public space.

It was, therefore, rather startling to see Tinubu win over the support of the delegates. My phones never stopped ringing as callers wanted an explanation of what was going on.

I didn’t have the slightest inkling into what had transpired. The only possible thing was to look deeper into the speech. It was clear that the host governor was being respectful to the visitor and his team, which was expected, considering that they all are of the same political party and would definitely need the support of all to ensure victory in the general election.

I read in between the lines of the speech of El Rufai. He practically pushed the decision to the waiting delegates, who, to me, would not want to lose whatever was meant for them.

I have contested a keen primary election, and so I understand very well how things work between delegates and aspirants.  It is more of buying and selling. In fact, you spend more in places where you are not sure of support. That probably happened in that visit. It may also not be. But it most likely was, talking from an informed, experiential knowledge.

The governor was smart to exempt himself from the decision of the delegates.

Just less than a week after, the APC in Kaduna State played host to Amaechi. It was a defining moment for the former Governor and Transportation Minister. Many like me waited to hear from the governor who has been tipped as a possible running mate to Amaechi, although recent events tried to change this narrative. El Rufai had recently revealed that he was no longer interested in public office and would not be running with his friend, except President Buhari says otherwise. That probably convinced some other aspirants that Kaduna was ripe for the taking. But, it was likely a political statement aimed at diverting attention.

I listened carefully again and listened to El Rufai make his speech. It was emotion-laden. There was no reason for him to have thrown his weight behind another aspirant aside from Amaechi. Let me reproduce it for the sake of those who neither read nor watched it.

“Let me tell you my history of Gov. Amaechi. In 2011, we were to hold the CPC National Convention, but we didn’t have money to pay for Eagle Square. Gov. Amaechi, as a PDP sitting governor, then heard about it. He has always been an admirer of Gen. Buhari. He sent a message for us to explain the issue, and he helped us. Since then, I have maintained contact with him on the orders of Gen. Buhari himself.

“When we started discussing with the Chief PDP serving governors that wanted to defect to APC, we had meetings with Gov. Amaechi and Gov. Nyako of Adamawa State, until we got a reasonable number for our party.

He is the game changer. Amaechi is from Rivers State, South-South, where the then incumbent President Jonathan is from.

He sacrificed and moved to our party. That’s part of the reason President Buhari loves Minister, Rotimi Amaechi, till tomorrow.”

“When the federal government wanted to use SSS to arrest opposition, I told him not to worry. I will go there myself. He left his job as a state governor , came to Abuja, drove me in his car to SSS headquarters, and stayed there until he took me back home.

Till tomorrow, my wife never forgets. Amaechi is her favourite Nigerian.

I want you all to understand that APC is one family. This primary is about contests. Let us all consider the virtues of everyone.”

This is what I consider a “toast” from an abiding friend. Some expected a clear-cut statement where he would have announced the support of Kaduna APC for Amaechi. If he did not act like his Kano State counterpart, Gov Ganduje, when Gov Wike of PDP strode into an unfamiliar ground, it’s obvious he wasn’t going to play politics of bitterness when Tinubu visited.

The content of his toast during Amaechi’s visit is the seal on how not to betray a benefactor. In these times where men have become reprobates, relishing the toxic venom of failed relationships, El Rufai has shown that there are still friends with a conscience.

Assuming without conceding that both of them have a severed relationship, consider what some have concluded due to the way Hadiza Bala Usman was relieved of her position at the Nigerian Ports Authority, El Rufai did not go the way of some others who were major beneficiaries of Amaechi’s magnanimity but have chosen to sing and dance naked at the market place.

Since Mallam Nasir El Rufai sang his own version of Mary’s “The Magnificat,” I have been inundated with thoughts of how wicked the soul of men has become. In spite of whatever differences, we should all imbibe this character of a friend who could not shy away from speaking the truth when the occasion arises.  That could be the speech that would get the kind of delegates for the elections to change their decision overnight.