IPC’s workshop for journalists on safety, security kicks off in Asaba 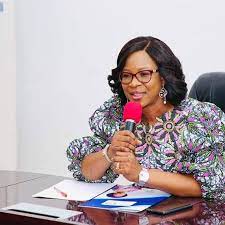 The 2022 International Day of the family was a remarkable day in Delta State when 05 Initiative of the wife of the Governor, Dame Edith Okowa hosted couples to lecture treat with the theme “Integrity and Marriage.”

Tagged Couples Forum, the treat which held at the Event Centre and attended by couples including government officials, politicians and other notable figures including Governor Ifeanyi Okowa was addressed by a notable academic, and clergy, Prof. Chinedu Nebo.

Nebo, a professor of metallurgical engineering, a former Vice Chancellor of University of Nigeria, Nsukka, former minister of power and serving currently as a priest of the Anglican Communion with married life spanning 45 described the theme “Integrity in Marriage” as very salient, pointing out that integrity means wholeness, soundness and wholesomeness.

He said; “Integrity is the quality of being honest and sincere. It depicts sound character; anyone who loses his/her character loses everything. Character is not what you discard; it means doing the right thing at the right time.”

Integrity, according to Prof. Nebo is what must exist in a marriage, which is the most important unit that God created on earth, and the very reason that the enemy always wants to interfere in the marriage institution.

Therefore, he posited that for a marriage to be said to be one of integrity, it must be one that is based on Agape love, the unconditional love of Christ. It is one in which couples must give respect to their spouse and also earn respect.

Prof. Nebo also urged couples to show integrity in marriage by being honest in dealing with each other. “As couples are you honest to your spouse?” he asked.

Besides, integrity in marriage expects couples to show transparency and accountability in their relationship. “You can’t claim to be wholesome and accountable if you can’t tell where you were last night to your wife,” he said.

Also, he said couples mush show care to their spouses, asking rhetorically, ‘how many couples care about the feelings of their spouse?” And couples must be able to share with their spouse their areas in which they are vulnerable, pointing out that spouses should not be afraid to tell their partner the area of their weakness.

Couples must be able to communicate properly to their spouses as this will engender better understanding of each other and bring about closeness, even as Nebo also counsels couples must show commitment to their marriage vows.

Other virturs for a successful married life that couples must cultivate in marriage, according to Prof. Nebo includes selflessness, intimacy, faithfulness, forgiveness, and loyalty. “A man who cannot protect his wife from family assaults is a bomboy and not a husband. Similarly, any man who raises his hand to beat his wife is not worthy to be a man and husband.

In her vote of thanks, Dame Edith Okowa charged couples to maintain a high level of integrity in marriage as it defines their character , and defines success in marriage.