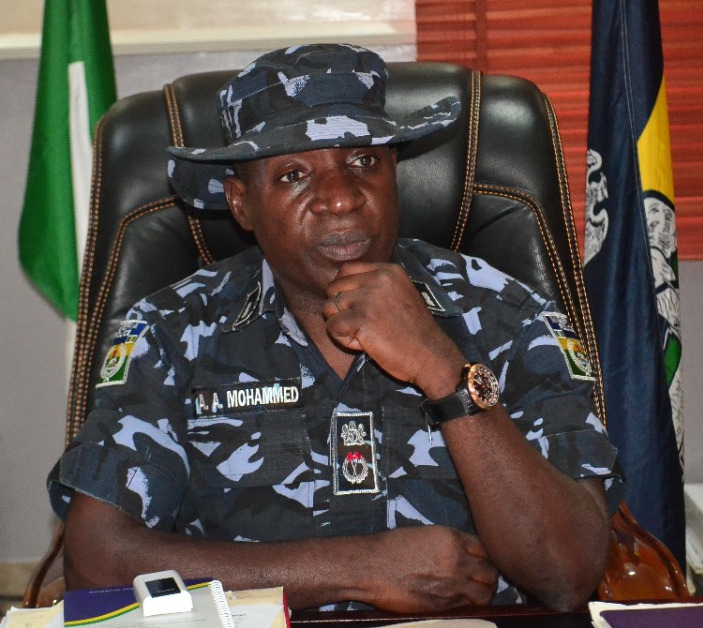 Chief_editor May 22, 2022
The Delta State Police Command has neutralised 10 suspected dare-devil kidnappers/armed robbers successfully.
The feat is another major success story of the Command in the fight against crime and criminality in the state.
The command in a statement by its Police Public Relations Officer, DSP Bright Edafe stated as follows:
This is as a result of the strategies put in place by the Commissioner of Police Delta State CP Ari Muhammed Ali FCIA, Psc+

Following killings, Arsons, Kidnapping, armed robbery, attack on innocent civilians and policemen while on duty and their rifles taken away, the Command never relented on its effort towards arresting and ensuring that these hoodlums are brought to book. Consequently, the Command went on intelligence led investigation and on 21/5/2022 at about 0500 hours, the Commissioner of Police Delta State detailed a combined team comprising of the State Anti-kidnapping/Cybercrime Squad, Dragon patrol teams, RRS Operatives,  and Anti-Cult Volunteers from Agbor, Ekwoma, Igbodo, Ibusa, Abavo, Kwale respectively.
The combined teams  embarked on a sting operation and stormed the hideout of these dare devil kidnappers/ armed robbers around Kwale Axis. The Hoodlums who were armed with AK47 rifles and charms on sighting the Police shot sporadically at them and the team equally engaged them in a fierce gun battle.
Due to the superior firepower of the Police, ten of the suspected kidnappers/armed robbers were successfully neutralized while others escaped with gunshot injuries.  Five AK 47 rifles, six magazines and one hundred and seventeen (117) rounds of 7.62mm ammunition were recovered from them.
The CP while assuring residents that the Command will continue to sustain this tempo, also urges members of the public, vigilantes, Anti-Cult volunteers and other non State actors to continue to partner with the Police with a view to ensuring that Delta state will never be a safe haven for criminals.
DSP. BRIGHT EDAFE,
POLICE PUBLIC RELATIONS OFFICER,
DELTA STATE COMMAND,
ASABA.