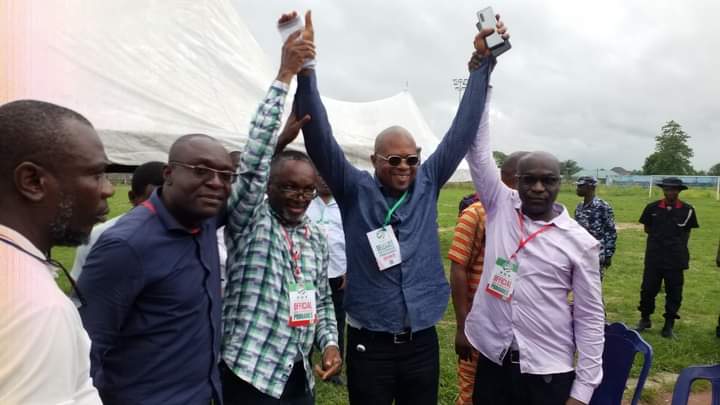 Omodon said “With the powers conferred on me as returning officer for this election, i hereby declare Jonathan Ukodhiko winner having polled the highest votes in this election,”

Responding, Ukodhiko thanked God and the delegates for his choice adding that Isoko people made the right choice.

He commended his co-aspirants for their spirit of sportsmanship saying the election was peaceful, free, fair and acceptable to all aspirants.

He urged party stakeholders to close ranks and remain united for the task of winning the general election.