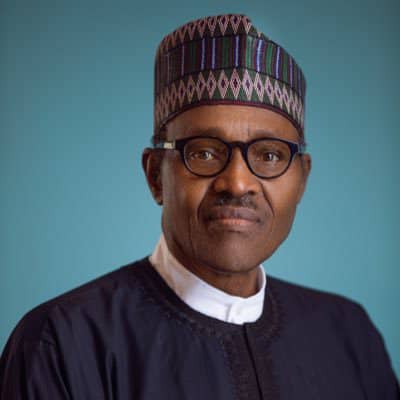 In a press statement released on Monday, OPC President, Otunba Wasiu Afolabi, said that the exorbitant fees currently imposed on political aspirants’ nomination forms rubbished the corruption claims that Buhari had made in 1983 when he overthrew Shagari.

Afolabi said: “Who can believe that this was the same Buhari whose military tribunal sentenced people like former Bendel State’s Governor Ambrose Alli to 100 years in prison for supposedly misappropriating N983,000, and handed Kano’s former Governor Bakin Zuwo a 300-year jail term for having N3.4 million at home?”

General Buhari championed the coup that brought him into power on December 31, 1983, until he was himself overthrown in August 1985 by General Ibrahim Babangida.

The OPC President said: “Like he did in the military coup of 1983, Buhari came into office in 2015 on the mantra of fighting corruption. Now he has been defeated by corruption. The consensus leadership he recently helped to impose on the party is charging aspirants outrageous sums to contest for tickets and the President failed to call things to order.

“He owes the likes of Shagari, Awolowo, Bakin Zuwo, Alex Ekwueme an unreserved apology for overthrowing them. The so-called corruption of the Second Republic is nothing compared to what obtains today as evidenced in the unreasonable amount demanded for procuring parties’ nomination forms by aspirants.”

Describing as outrageous the N100 million nomination fees that Buhari’s ruling APC imposed on presidential aspirants and N50 million for governorship aspirants, OPC said it defeated the essence of regarding public service as service to the people.

“By these charges, the current generation of politicians have raised the bar of corruption. It shows that they lack plans to revamp the economy and cater to the needs of the common man,” Afolabi said. “It shows the level of degeneracy and indecency to which we have sunk as a people. We have lost our values totally.”

However, Afolabi blamed aspirants for not coming together to reject the outrageous fees imposed by the parties.

Similarly, it said INEC had failed in its duty to regulate budget and expenditure in the parties and thereby ensure sanity in national politics.

He said: “Nigeria is being auctioned to the highest bidder and it is sad that regulating agencies like INEC and EFCC are looking the other way.”

“It is a pity that meritocracy has been sacrificed for money as a qualification for leadership,” Afolabi lamented.

Describing as a fraud the trend whereby forms were procured by so-called well-wishers, supporters and friends for aspiring politicians, OPC said it was a way to beat the Independent Corrupt Practices Commission (ICPC) and Code of Conduct Bureau and the Declaration of Assets.

He demanded that these agencies must probe such donations.

“How do we reconcile the fact that people rush to pay N100 million in applying for a job whose four-year salary grade is only N40 million? It simply means that the applicants have the mindset of going into office to steal and perpetrate corruption. This is unacceptable,” Afolabi submitted.

Meanwhile, OPC demands that the government should facilitate the release of victims kidnapped in the Kaduna rail bombing accident as well as others in bandits and kidnappers’ captivity.

According to Afolabi, it was also disheartening that university education had ground to a halt and students were thrown out of classes due to the prolonged lecturers’ strike by the Academic Staff Union of Universities (ASUU).

“Government must make a robust investment in the education of the youth, and the immediate resolution of the lingering and long-drawn ASUU strike will be a step in the right direction,” the OPC President said.