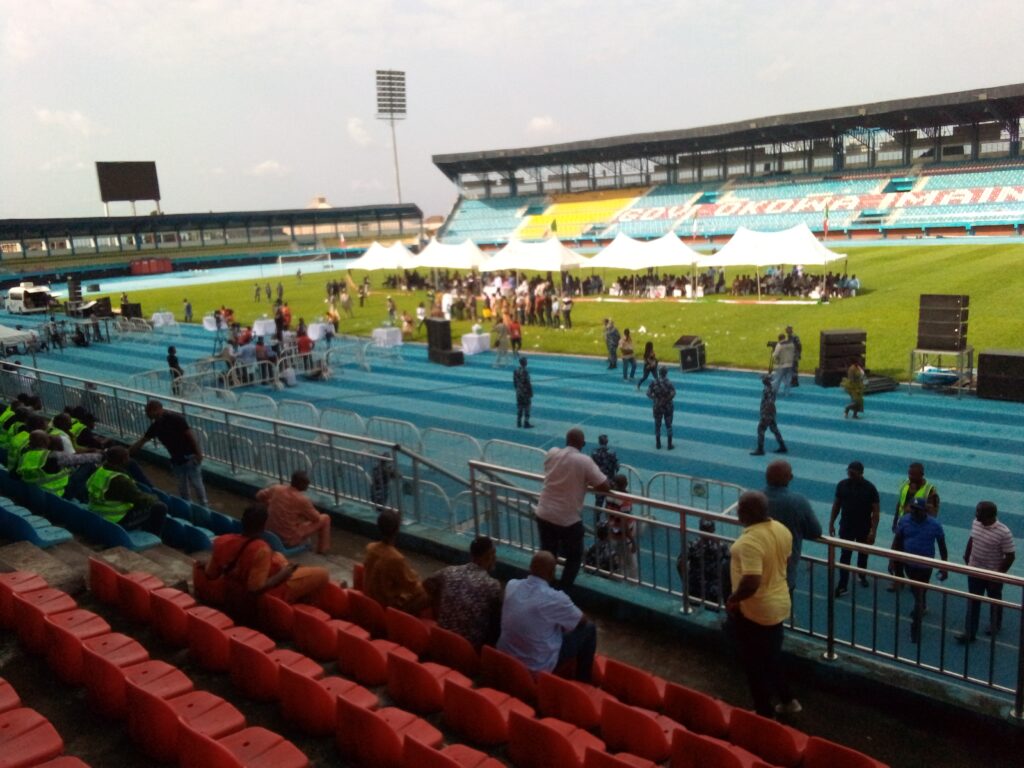 Officials from the National office of Peoples Democratic Party (PDP) conducting the Governorship primary election overcame initial agitations by some unruly agents of aspirants, calling the delegates to order to commence voting at Stephen Keshi Stadium, venue of voting.

The seven-man PDP officials led by the Chairman, Mr. Ndubuisi Nwobo acknowledged the presence of the the Governor Dr. Ifeanyi Okowa, who is seated in the state box of the stadium with other dignitaries, Delta State Resident Electoral Commissioner, the Deputy Commissioner of police (Operations), representing the Commissioner of police, Representatives of the Directorate of State Service, and the commandant, Civil Defense Corps.r. Nwobo also announced that a total 14 aspirants were in the race for the Governorship primary election.

They were called out to take their seats in a location where they will observe the voting process. One of them, Dr. Peter Mrakpor (SAN) led the prayer to commence the processes leading to voting by delegates.

The Resident Electoral Commissioner reminded the aspirants that no one election is the last election and that if one does not win in this, they can win in other election, and called for the spirit of good sportsmanship to prevail during the election.

A total of 826 delegates covering the 25 local government areas of the state were accredited for the voting exercise.

Voting is still going on peacefully with the full compliment of security agencies on ground.