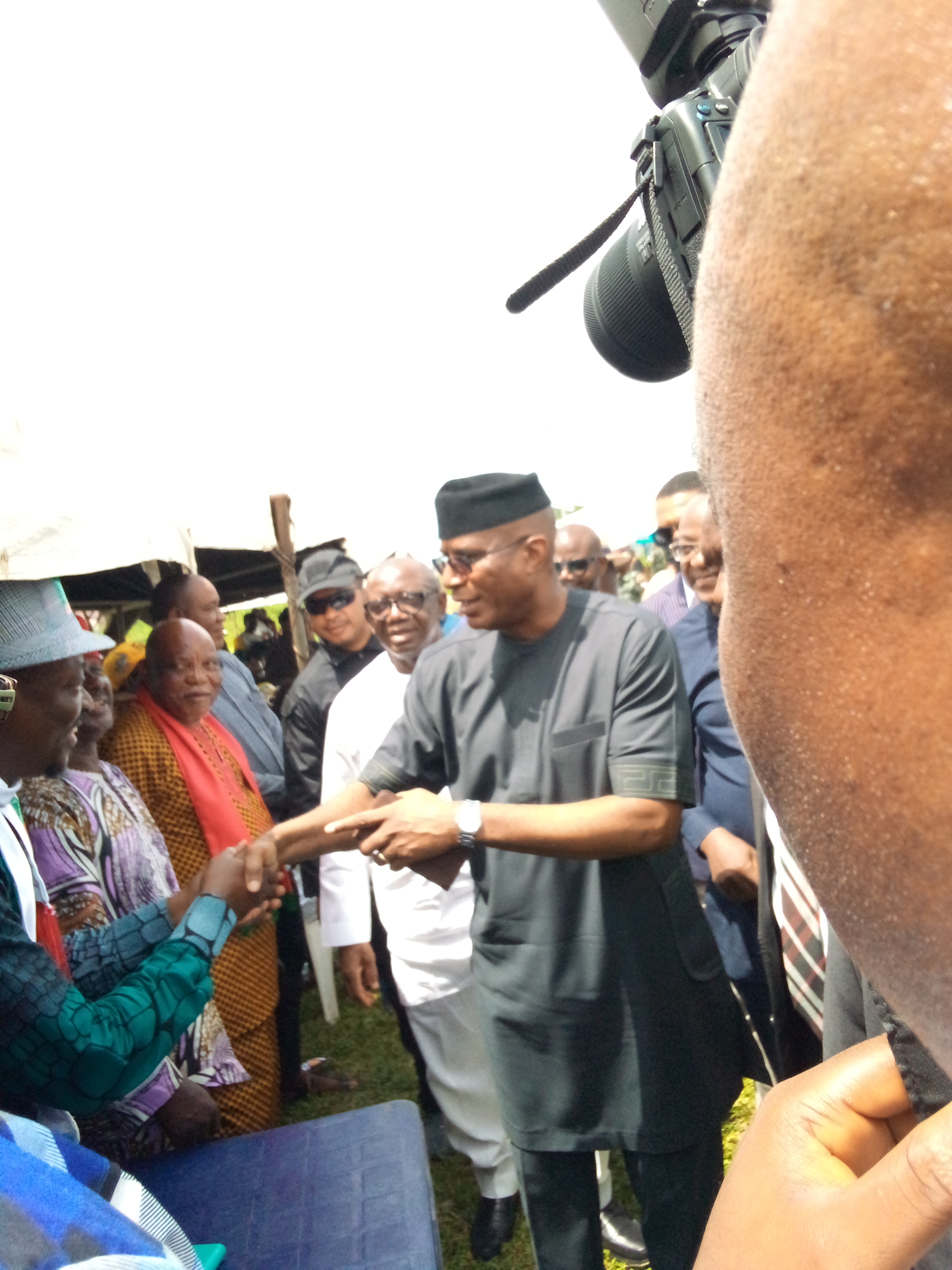 Omo-Agege arrives for APC governorship primary, may be sole aspirant

No fewer with six l rge canopies with delegates seated in them. Delegates were seated as early as 9.30 a.m., but had to scramble for shelter elsewhere following a heavy rainfall that collapsed some of the canopies.

It was not until about 1p.m. that the aspirant’s convoy was heralded into the venue by siren blaring out rider policemen.

Almost immediately, Senator Omo-Agege went about acknowledging cheers from the seated audience with a lot of political razzmatazz.