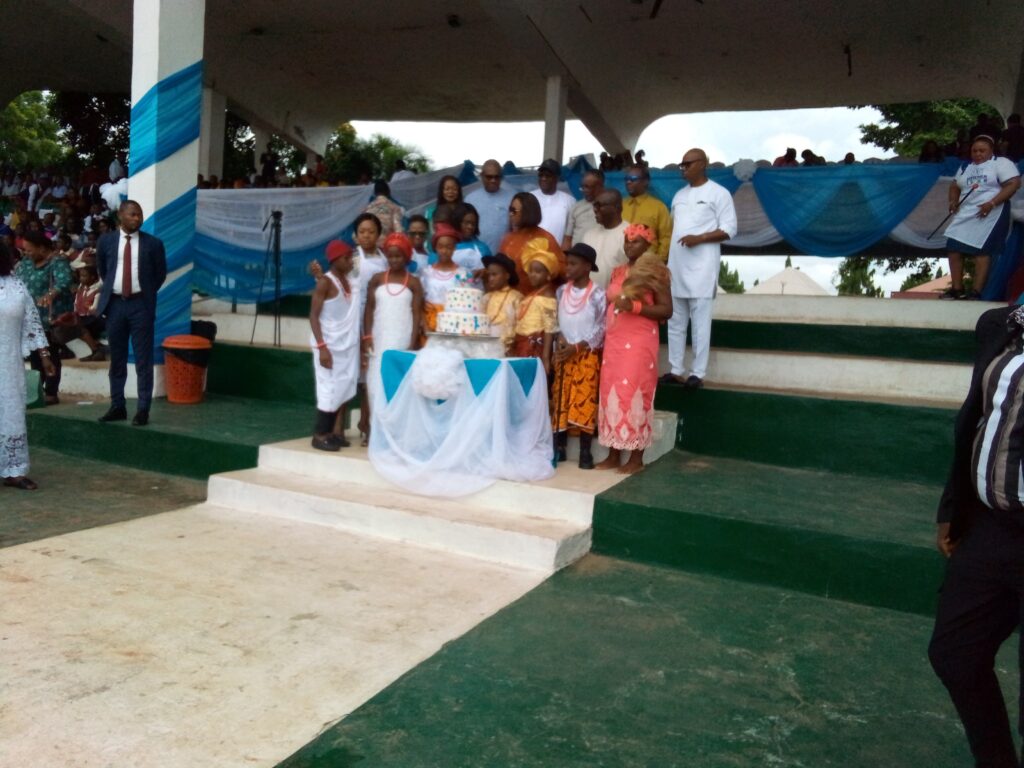 Parents have been called upon to inculcate family values in the upbringing of children in the homes.

Governor Ifeanyi Okowa of Delta State made the call Friday during activities put together to commemorate the 2022 Children’s Day celebration and held at the Cenotaph, Asaba.

At the event which saw children from schools take part in march past and other presentations, Governor Okowa, who was represented by the Secretary to the State Government (SSG) Ogbueshi Patrick Ukah drew attention to the role of the family as a critical support system for the protection of children said the need to strengthen the family system was paramount as parents need to be responsible to their children.

The Governor said: “This is a wakeup call to us that we have left our family which will help us render the desired support to our children. Let us retrace our steps for the sake of our children and our collective future.”

Expressing dissatisfaction that despite the genuine policy, legal measures and social infrastructures put in place thus far, he noted with pain that Delta State and the country in general still witness continued increases in abuses and violence against children, ranging from rape, defilement, sexual exploitation, cultism, child trafficking, child labour and children out of school.”These are ills, which call for more proactive from parents, care givers, schools, and society in general to nip in the bud,” Governor Okowa said.

While commending school teachers, and noting that they have a huge responsibility placed on them, he posited that their service is a calling, which gives them also a role to play in the moulding of the lives of children. “It is therefore expedient of you that the children of this generation are made more tech savvy. You should therefore help build a support system that will work for them. You need to up your game and desist from spending valuable time in the pursuit of petty businesses in the name of making ends meet,” Okowa said, adding: “I appeal to all relevant and child-friendly stakeholders to actively promote and protect the ideals of the Child Right Law (2008) by consciously discharging their obligations to our children here in Delta State.”

At the presentations, little Miss Onyekachukwu Faith of Winners Church and Kingdom Heritage Model School, Asaba put up a wonderful  performance that held the audience spell bound. She spoke extempore on the topic: “Strengthening is a supportive system for the protection of the Nigerian child: A wake up call.” Of course, she won for her school the accolade of the best presentation.

Other laurels were won by different schools in other categories, including the march past in the primary and secondary categories.

Dame Okowa later joined the children in the cutting of the 2022 Children’s Day celebration cake.