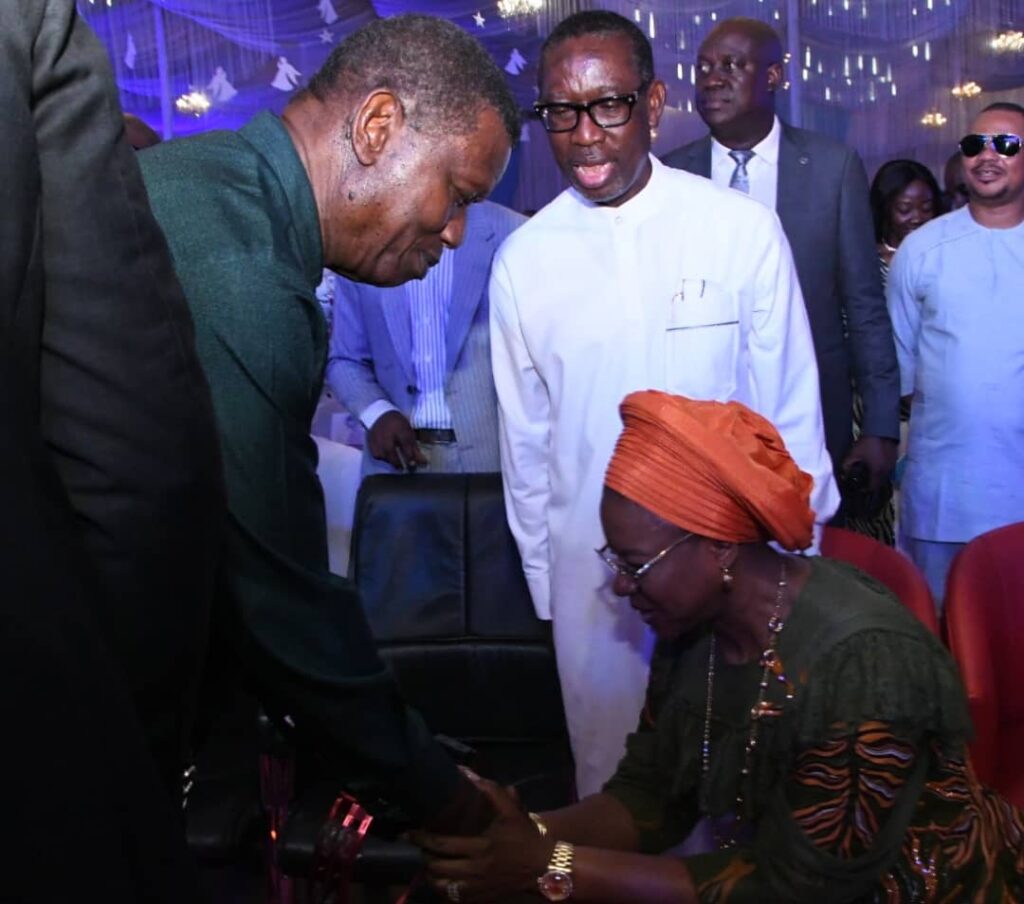 Delta Governor, Sen. (Dr.) Ifeanyi Okowa, has called for strengtening of unity among Deltans for greater development of the state and its people.

Okowa made the call on Monday, in Asaba, at the Thanksgiving and Praise Day to mark the 7th anniversary of his administration.

He said, “I want to truly appreciate all of you for coming today to be with us at this thanksgiving.

“Yesterday marked the 7th anniversary in the office of governor of Delta state but the thanksgiving that we celebrate today is the 8th and the last that I would be attending as governor of Delta.

“We moved the thanksgiving to today because of the PDP presidential primary election.

“When I took office, things appeared very very gloomy and I began to wonder what would happen to this administration. But two years after, the Lord decided to manifest His glory.

“I use this opportunity to thank all Deltans for the support they have given to me and my family and the government of Delta state, particularly our royal fathers.”

The governor stated that there was a need for Deltans to remain as one so as to engender progress, irrespective of tribes and tongues.

“We have to remain in one accord if we want to progress as a people. Let not the division of ethnicity separate us and put us assunder as a people.

“We may have been a state with so many languages but today by the special grace of God, we speak in one language as Deltans and I pray that even as we leave office, this shall remain,” he stated.

Okowa lauded his predecessors – Chief James Ibori and Dr Emmanuel Uduaghan – for laying the foundation upon which he and his deputy built on.

He prayed that his successor would continually mark 29th of May with a thanksgiving service.

Earlier, the guest preacher, Rev. Fr. Mario-David Dibie, had charged Deltans in a sermon he entitled “The Three Ts (Test, Testimony and Thanksgiving) of Life” to see every position they occupied as a talent given to them by God.

The cleric extolled several virtues of the governor as a man who talked only when necessary, modest even in riches, a focused politician and promise-keeper.

Several guests artistes, including Dunsin Oyekan, Mercy Chinwo, Mr Moses and Revelation and Nathaniel Bassey took Deltans through series of praise and worship at the event.

The event also featured prayer sessions for the state.