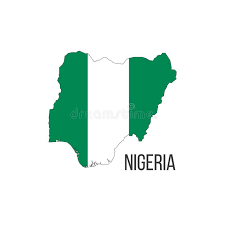 PERSPECTIVE – The road to destruction is straight

The  Kings Assembly Pentecostal Church, in Port Harcourt announced that it would be handing out food packs to the needy from 9am on Saturday, May 28, 2022. Envisaging a large turn-out in Nigeria’s oil-rich city, the church wisely picked a mini-stadium as venue. What, however, it did not envisage, was a mammoth crowd which  began gathering the day before the programme.

In the morning of the annual “Shop for Free” programme, a side gate was opened, perhaps to organise the crowd for an orderly entry. What resulted was a stampede. The hungry in the ‘Giant of Africa’ could not remain still or orderly. Subsequently, 31 people died.  A forensic analysis was not required to determine that many of the victims are children and women; the photographs of the footwear at the scene already confirmed this truth.

I have read in some media that this was “a shocking development at a programme that aimed to offer hope to the needy”. But this is not correct. This type of tragedy has been witnessed a number of times. For instance, in Ilorin, Kwara State, I have records that show that in contemporary times, this type of stampede for food and mass deaths have occurred at least three times. As I write this, I have staring at me the headline of the News Express of October 18, 2013 with the screaming headline: “3 pregnant women, 17 others die over free Sallah food in Ilorin”.

The Port Harcourt tragedy points to the fact that there is increasing hunger in the land, it was avoidable, and that in sane climes, it is enough reason for the government throw in the towel. But the best we can hope for from the Buhari government is a meaningless press statement saying how sorrowful the President felt. Meanwhile, the dead would be buried and life, if it can be so described, continues, while the country awaits the next avoidable tragedy and heart-felt condolences of    His Excellency and Commander-in-Chief.

As we all know, this is a man-made tragedy arising from  unfathomable incompetence in governance, and not the destiny of the victims. The statistics even by government agencies tell us over 90 million Nigerians are hungry and desperately poor.

Two days before the Port Harcourt tragedy, the National Bureau of Statistics, NBS,    released a    new report titled: “Selected Food Price Watch for the month of April 2022”    in which it revealed    that selected food prices recorded an increase of 42 per cent in just one year!

I recall that when Buhari assumed office seven years ago, the National Minimum Wage of N18,000 could buy two and a half bags of stone-free rice. But today, the Minimum Wage of N30,000 cannot buy one bag.

Two years ago in Abuja, you walked into a mall and picked a loaf of bread at between    N250 and N300, before the war in Ukraine, it had risen to N600. A packet of noddles was N30 in 2016, it is now N150. A crate of eggs was N700 three years ago, it is now N1,900. Five years ago, N10,000 worth of electricity units I purchased lasted three to four months, now it is three weeks. Yet my electrical gadgets have neither increased nor does the electricity distribution company supply as regular electricity as was the case in the past.

One thing    that has    become far cheaper in the country are lives, while the tendency of the Buhari government to tell barefaced lies has, like inflation,    continued to record double    figure increases.    For instance, while the cost of electricity continues to increase, the National Electricity Regulatory Agency says consumers are lying and calls them out for debate. This is despite the admission of the Minister of Finance, Budgets and National Planning, Zainab Ahmed, that the Federal Government had quietly removed all so-called subsidies in the power sector.    When I was young, there    was a claim    that there were people who could tell so much lies that the dead would be forced to wake up, at least to deny some of the lies. But the Buhari government has surpassed such people.

Although an expert in presenting ‘alternative facts’, it can do nothing significant to alter facts available in the public space.

Meanwhile, government and its allies are busy    with party ‘primaries’ where delegates are openly bribed both in Naira and foreign currency, with the main opposition doing no better. I am wondering whether with the off-loading of so much dollars into the political arena, the Naira which was about N200 to the dollar when Buhari came to power, but today, stands at N610,    would not appreciate. Or would it take a further dive to the river bed?

A main tragedy  is that the Nigerian political space has been hijacked and what is needed is to free it without paying ransom.  I have heard some otherwise brilliant Nigerian politicians promising to continue the ruinous policies of the Buhari administration, and I ask myself, is there anything I am missing? Do we live in different countries or the same endangered entity called Nigeria?

My conclusion is that such people may want to continue  the Buhari misrule for their personal gains and plans, or may be humouring the old maximum ruler. I recall in the days of the 1993 Interim National Government, ING, a group of us, including Dr. Beko Ransome-Kuti and Dr.  Frederick Fasehun, and the conscientious lawyers, Olisa Agbakoba and Femi Falana, used to meet Chief Moshood Kashimawo Abiola, winner of the annulled presidential election.

The whole world knew the ING was a contraption waiting to be pulled down. We planned a national protest like the Peoples’ Power in the Philippines that made the Marcos regime history. But MKO rejected all our plans. He reasoned that Ernest Shonekan, the Head of the ING was like a lunatic holding a knife and rather than try to snatch it with the possibility of cutting ourselves, it was better to persuade him to hand over the knife.

The strategy did not work and we ended experiencing  the Abacha nightmare. In all these, how much more must a people suffer? How many more tragedies must they go through? If we continue this way, the road to the country’s destruction will be a straight one.