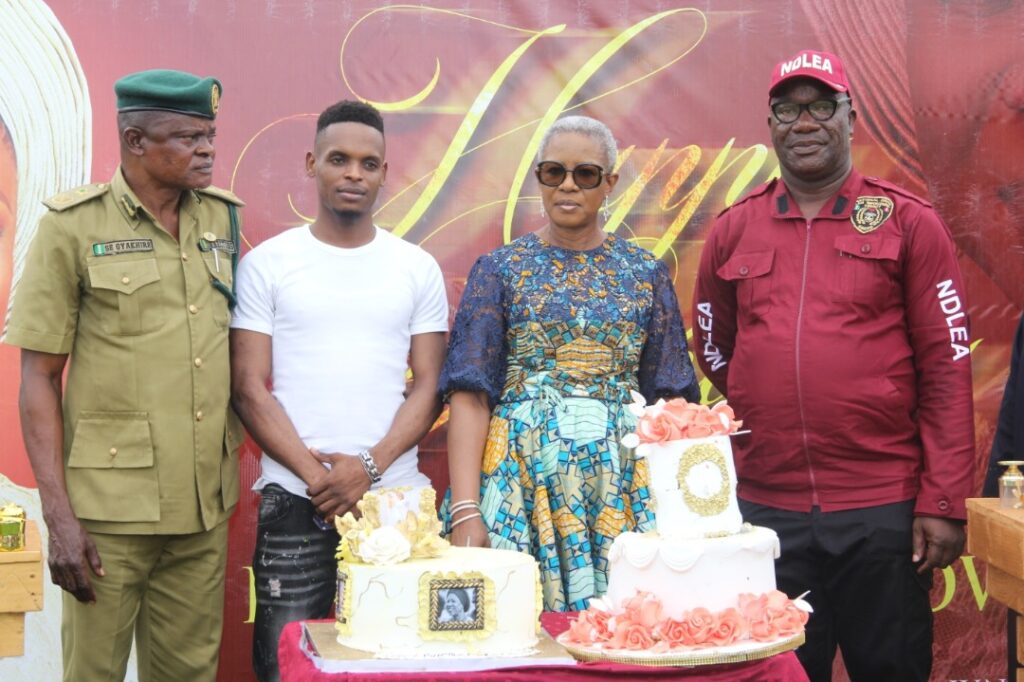 Wife of Delta Governor and Founder 05 Initiative, Dame Edith Okowa has visited in mates of the five correctional centres in the State as part of activities to mark her 61st birth anniversary.

Addressing inmates at the Ogwashi-Uku Correctional centre, Dame Okowa charged them to hold on to God, adding that even if they were found guilty as charged, God’s mercy could still locate them, and urged them to genuinely surrender their lives to God.

The governor’s wife said it has become a tradition for her to celebrate Jesus with the inmates of the five correctional centers in the state in order to give them a sense of belonging and hope of freedom to live normal life again, hence her representatives were also in Warri, Agbor, Kwale and Sepele celebrating the day with the inmates simultaneously.

In a sermon by Lady Chineze Onyedike, the inmates were admonished to remain steadfast in God who alone could deliver them as every human being was created to manifest God’s glory which the devil is fighting to destroy.

The State Commandant of the National Drugs Law Enforcement Agency, Mr. Tunde George who was in the entourage of the Governor’s wife, sensitized the inmates on the need to avoid drugs abuse and other illicit drugs capable of truncating their lives and called on parents to monitor the association their children keep, as children left to themselves often caused disgrace to the family.

The officer in charge of Ogwashi-Uku Correctional centre, Mr. Sunday Oyakire and a representative of the inmates appreciated the governor’s wife for reaching out to them on the occasion of her birthday, instead of going to a better place to celebrate.

Earlier, Dame Okowa was also at the government house Chapel, Asaba to thank God for another 365 days before receiving a surprise birthday get together by her children, where close associates and staff of her office celebrated her.