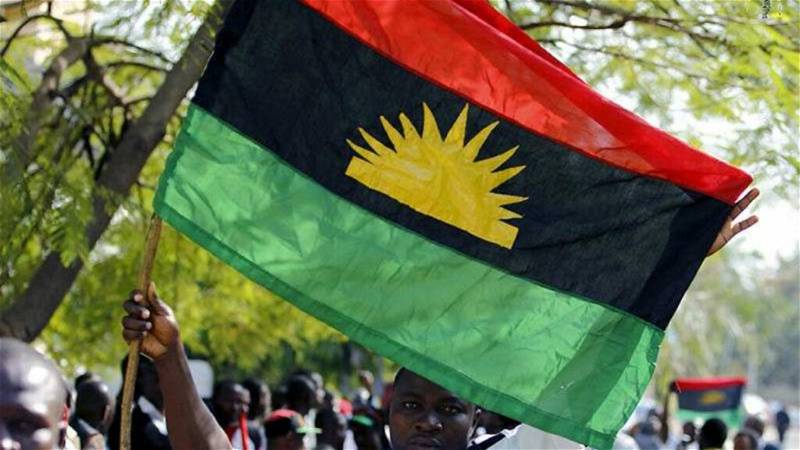 Today in much of Nigeria’s South-East, no thanks to a rash of arsons and killings blamed on those now labelled as “unknown gunmen, (UGM)” the falcon can no longer hear the falconer and palpable anarchy bestrides the land.

The raging cacophony broke out after the Indigenous People of Biafra (IPOB) led some youths into the forests of the South-East and honed them into a daredevil force by the name Eastern Security Network (ESN). Their initially proclaimed objective tantalised their kinsmen. ESN aimed to confront foreign Fulani herdsmen who roamed the land and killed natives at will, with the Federal Government failing to stop or prosecute aggressors.

ESN stepped out as some form of security self-help to safeguard Igbo people unduly preyed upon by these marauding Fulani from Mali, Chad, Niger, spreading death and destruction in their path as they drove southwards from Northern Nigeria. Realising the danger a private ESN force could pose to their authority, the five governors in the region cast aside their erstwhile lethargy to establish “Ebubeagu” as their own official internal security measure.

Ebubeagu found equivalence in the five South-West states’ joint initiative, “Amotekun.” However, like anything done hurriedly and reluctantly, Ebubeagu fumbles and wobbles, incapable of mustering the budget and bite to plug the security lacuna that ESN initially sprang up to resolve.

Its noble objective has since paled out, as some inexplicable guerrilla warfare plays out, where phantom gunmen methodically hit security personnel and facilities.

Government blames IPOB and ESN for these attacks. IPOB points fingers at the unknown gunmen. Whoever gets the blame, this will not be the first time non-state actors have taken on security personnel. Let’s leave out the current situation in the North.

Some years ago, the Niger-Delta struggle broke out. The creeks boiled over. The fiery successors of Ken Saro-Wiwa, the pacifist environmentalist whom General Sani Abacha state-murdered, went on the rampage with uncanny alacrity, strapping oil facilities with dynamites and IEDs and bombing them into smithereens. Police, then soldiers, went to quell the armed militancy, but they too became collateral damage.

Years of neglect had turned the oil-rich Niger-Delta, the hen blessing the nation with its golden eggs, into a massive ghetto, reeking with not just oil pollution but poverty and squalor. Infrastructure was zero. Masses wallowed in abject poverty without the barest of amenities. Verbal and intellectual advocacy by the likes of Ken Saro-Wiwa only brought repression and death dispensed from the barrel of the government’s guns.

However, whoever brings home ant-infested wood invites the visit of geckos; and the militants paid heavy prices for their effrontery and their fury. Against the almighty government, Niger-Delta militancy was a suicide mission. They bled. The creeks bled. Soldiers did their worst. The Odi genocide happened. The Ogoni carnage happened. Gbaramatu was raided and razed. Youth became an endangered species, as government forces regarded every able-bodied male in the creek a prime suspect. The innocent suffered, as worsted soldiers hit back with reprisals, rapes and killings. The Niger-Delta creek lost its song, turned into a homeland filled with sorrows, tears and blood.

In those mad days, Dr. Frederick Fasehun spoke to the combatants. One of the nation’s most prolific social commentators and Human Rights activists, the man best known as the Founder of the Oodua People’s Congress (OPC) offered counsel to the warring sides. Hardly will you find any Nigerian as prolific as Fasehun in public commentary. Yours faithfully was his speechwriter and helped compile man’s thoughts into books serialised as, “Arguments with the Sahara Wind.” No volume was less than 320 pages. We were compiling the fifth edition when death snatched Baba away in 2016, aged 82.

In the struggle for June 12, Fasehun had formed OPC in 1994. For confronting the military, in demanding democracy, OPC members paid the supreme price in their thousands. Police and soldiers would habitually attack their meetings and their convoys. Laying claim to six million members, some armed, they had capacity for trouble –take it from me. However, Fasehun never turned OPC loose for armed confrontation that would have made Yoruba land a war zone. Never!

That example he preached to his Niger-Delta friends whom he severally visited and hosted. By inviting war into the creeks, they had more to lose. Should Niger-Deltans, bemoaning neglect and pollution, complicate issues for themselves by inviting military jackboots to stamp upon their own heads? It was foolish and foolhardy. It was a poor strategy to invite war home; for it simply multiplied your woes, and inflicted suffering on your people whose suffering you claimed you set out to ameliorate in the first place. You would only succeed in turning your home into a war zone and no warring region can enjoy development. Conflict dwarfs socio-economic and infrastructural advancement. Conflict disrupts families and commerce. Even the millipede strides of development will retard and eventually disappear. Ask Ukraine. Ask Germany.

Ironically, the militants seemingly keyed into Fasehun’s idea in reverse. One day, they sailed hundreds of nautical miles through the ocean and bombed the Atlas Cove pipeline in Lagos. OPC and the South-West bared their fangs at this unprovoked effrontery from traditional allies. The aggressors never repeated that assault.

To the government, Fasehun held press conferences to sell the idea of a blanket amnesty programme for militants electing to drop their arms. Although never officially acknowledged, Fasehun (I dare say) holds the copyright to the amnesty idea. President Umar Yar’Adua implemented the amnesty programme, created the Niger-Delta Ministry and brought peace there.

SOUTH-EAST AND THE MYSTERY OF THE UNKNOWN GUNMEN

Happenings in the South-East today are shades different from the Niger-Delta agitations. Niger-Delta militants crusaded for socio-economic welfare. Conversely, IPOB agitates for a separate nation called Biafra, the same one Ojukwu fought for in the Civil War that claimed over 2 million Igbo lives and an almost equal number of Nigerians. Even now, Nigeria apologists hide behind the one finger of “Nigeria’s unity cannot be negotiated.” Let’s not be distracted here by that discussion.

Meanwhile, the rhythm of violence has turned the East into a forest of snakes. Every inch is dangerous. Indiscriminate killings happen. Igbo people are being slaughtered by Igbo gunmen claiming they are fighting for Igbo people. Tufiakwa! Its economy bleeds from the regularly declared sit-at-home, ostensibly aimed at pressuring the government to release Mazi Nnamdi Kanu, the IPOB leader, whose radio broadcasts stoked Biafra nationalism into a fiery frenzy. His disciples insist they would not relent until he regains freedom. Igbo leaders have undertaken a couple of pilgrimages to Aso Rock to intercede for their prodigal son, but President Muhammadu Buhari, who had the fugitive illegally abducted from Kenya last year, refuses Kanu a soft landing.

Anarchy is unleashed upon the land and the falcon cannot hear the falconer, with citizens cold-shouldering their governors’ call to defy the sit-at-home orders. The likes of Anambra State’s “brand new” Governor Chukwuma Soludo have tried to encourage citizens to defy the UGM and go about their business as usual. However, what unarmed quantity can face the man with a blazing gun?

The Monday sit-at-home drill usually turns the East into a ghost town, costs businesses over N70 billion and wastes several souls that enforcers shoot on the streets. All this has placed the Igbo citizens at double jeopardy, sandwiching them between the hammer and the anvil. The anvil is soldiers in the South-East who wantonly label young people as unknown gunmen; and many youths have thus disappeared unaccounted for. Additionally, Nigerian Air Force’s ear-splitting fighter jets unleash the terror of raining bombs on militants’ supposed forest camps. Schools have shut down. For those old enough, this is the Civil War on a micro scale. ESN and IPOB have invited the monster of war home. As Fasehun theorised, bringing war home makes such collateral damages inevitable.

Is it perhaps lost on these rampaging indigenes that while they run amok at home in the South-East, Abuja thrives. If you have something against Abuja, where the enemy dwells, why bring the fight home to the East? It makes no sense. The illogicality makes some doubt that these unknown gunmen are Biafra warriors, especially as Fulani squads continue to kill and kidnap. Could the UGM actually be masquerading agents provocateurs, unleashed by the secret service to justify huge budget expenditures budgeted to fight the so-called insurgency in the South-East?

However, what Fasehun told the Niger-Deltans in those days was, Take the war to the enemy or else hold your peace. To bring war home you suffer devastation. You lose lives and livelihood. You make unnecessary victims of your old, your women, your children, yourself. Indeed, as the wise militant Doctor taught us, only a fool brings war home –only a fool.

(OBOAGWINA IS AN AUTHOR AND JOURNALIST, AND MAY BE REACHED VIA: foboagwina@gmail.com)