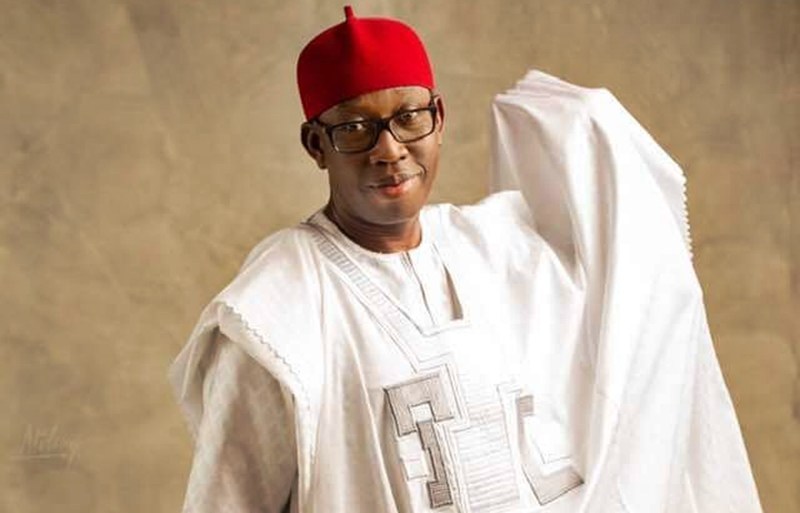 The Movement for Stronger Delta (MSD) has observed with consternation a barrage of sponsored attacks on the person of Governor Ifeanyi Okowa, especially aimed at disparaging him since it filtered into the information space that the Governor’s rising profile on the political scene as an achiever and team player is winning him consideration for a higher calling within the Peoples Democratic Party (PDP).

It is sad, to say the least, that this bad belle syndrome is oozing out from Delta State, the Governor’s own State, and from otherwise respected chieftains of the party, with a sworn disposition to get even with the Governor as recompense to him for allowing a free, fair governorship primary in which all the aspirants had equal level playing field and a winner emerged democratically. Their mission is to stop him by sponsoring disparaging attacks on his person with all manner of odious mud thrown at him in the social media space as well as by taking direct measures to reach out to influential leaders at the National level to remove their focus and attention from Okowa.

It is against this background that MSD is denouncing the shameful attitude of those engaging in this wicked and disgraceful act that is unbecoming of statesmen. MSD, like every other right-thinking Deltan and Nigerian, takes serious exception to the diabolical engagements of these personalities.
To PDP National Leaders who see a gem of inestimable value in the Governor, we truly tell them that their consideration to pick Governor Okowa as running mate to PDP presidential flag bearer, Alhaji Atiku Abubakar is well thought out. With all sense of responsibility, MSD declares that the cap to pair Senator, Dr. Ifeanyi Okowa as running mate to Alhaji Atiku Abubakar, indeed, fits the Governor.

Senator, Dr. Ifeanyi Okowa is a man of active involvement in politics and so has become tested over time. A feature that singles him out as one that is robustly rich in experience in the activities of government and governance. This he has proven over the years. His, is a life dedicated to public service, through which he accumulated vast and valuable knowledge, experience, and skill in both the executive and legislative arms of government. He brought this excellence to bear in his work as Governor of Delta State that became transformed via his brilliant initiatives that have turned Delta into a prosperous and peaceful State.

See how the State brims with notable prized infrastructure developments in roads, forward movement in education with the creation and development of academic facilities to accommodate education-hungry Deltans who seek access to tertiary and technical education, but may otherwise not get space into Federal and other State tertiary facilities on account of the regime of quota system.

Senator, Dr. Ifeanyi Okowa is not only an astute politician but also a team player with a knack for equity, fairness, and justice. As Governor, he has soft spot for the plight of the teeming unemployed youths of Delta, and this influenced his mission to redress the situation by a sheer commitment and focus on implementing his administration’s strategic wealth creation projects and job provisions for Deltans.

As a notable player on the National scene, Okowa distinguished himself as a Senator, achieving significant milestones. He was never a bench warmer in the Red Chamber during his time, but an active player. He has also earned distinction as a loyal and dependable party man. Such that when the PDP faced the challenge of being in opposition and the fortune of the party was at its lowest, Okowa led other faithful to stand in the gap and resuscitated the PDP to the extent that it became attractive for those who had jumped ship from the party to see attraction again in PDP and return.

As a loyal and respectable party man, Dr. Ifeanyi Okowa further earned a distinction exemplifying fairness at the Port Harcourt Convention of the party where he was the Convention Chairman that produced Alhaji Atiku Abubakar as PDP flag bearer for the 2019 Presidential election. In Delta State, he has continued to hold sway as Governor and PDP leader creating an unusual sense of belonging among PDP leaders, faithful, and supporters, a tonic that has made Delta a PDP State.

For the PDP National leaders, there’s no better time to honour Okowa for the gigantic sacrifice and meaningful contributions he has made to the party than now. And as the PDP seeks a running mate for its presidential flag bearer, it doesn’t have to go too far. PDP has a prized and worthy running mate in Senator, Dr. Ifeanyi Arthur Okowa, current Governor of Delta State. It should wave aside and jettison the tell tales being bandied about by unscrupulous elements who are sponsoring malicious attacks against the Governor just because he is in the good books of eagle-eyed and respectable PDP leaders at the top who seek to favour him.

Give it to Okowa, the effort will pay off well for PDP, and this time towards the emergence of a stronger, healthier, prosperous, and united Nigeria.

As we say in MSD this is also the simple agenda.