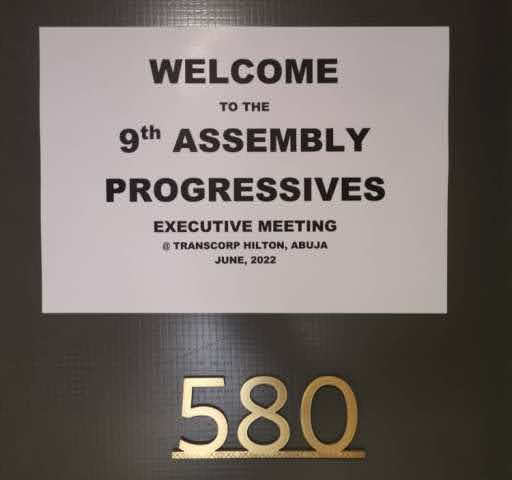 The ambition of Governor Nyeson Wike of Rivers State to become the running mate to the PDP Presidential Flag bearer, Atiku Abubakah suffered greatly on Monday at the meeting of the PDP Progressive Members of the House of Representatives.

The Meeting held at Room 580 Transcorp Hilton, Abuja resisted the attempt by some of the Federal Lawmakers to smuggle an endorsement for Governor Wike to be the only running mate to the Presidential Flag bearer.

According to our source who was at the meeting convened by Hon. Busayo Oluwola Oke, (PDP) representing, Obokun\Oriade Federal Constituency of Osun State, majority of the members at the meeting refused vehemently to endorse Wike or anybody as the running mate to Mr Atiku Abubakar who is due to unveil his running mate tomorrow, Tuesday.

“As members of the National Assembly, we are critical members of our great party the PDP, but we don’t have the right to force a running mate on our Party Flag bearer, that is going far beyond our mandate. The choice of a running mate is the prerogative of our Presidential Flag bearer and that of our party.

“So you don’t convene a meeting to go against the party or to force a particular person on them or our flag bearer. It is not done,” the lawmaker stated and revealed that the meeting later went on and unanimously resolved to formally congratulate Atiku Abubakar on his emergence as the Party’s flag bearer for the fourth coming presidential election in 2023.

“We also overwhelmingly agreed at the meeting that the leadership of the Party should be advised to give Atiku Abubakar, the free hand to choose any qualified person as his running mate from South-South or South-East.

“So, I can confidently tell you that the attempt to smuggle an endorsement for anybody failed woefully, immediately it was tabled at the meeting,” the source said.