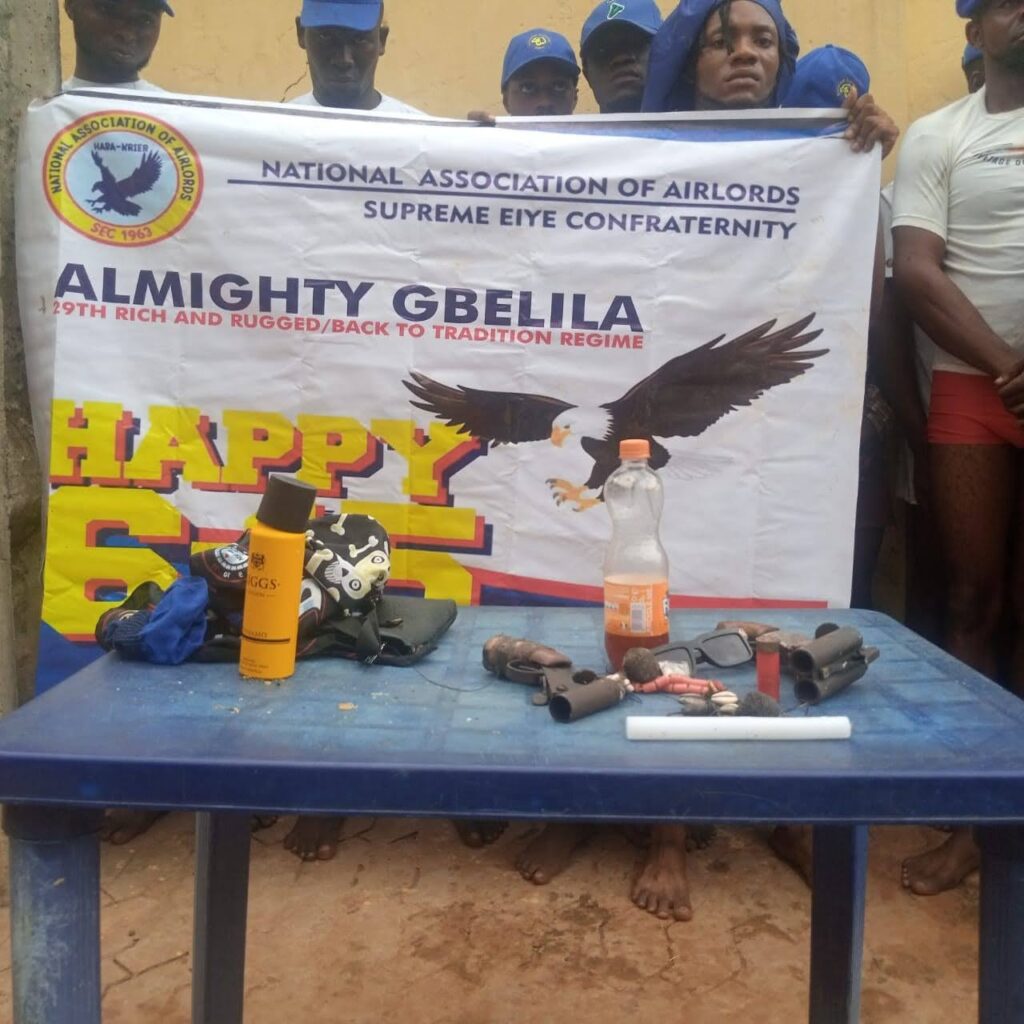 Police in Delta has arrested 51 suspected cultists when it stormed the venue where the suspects were doing celebration at Ogwashi-Uku, Aniocha South Local Government Area.

A statement from the Police Command signed by its Police Public Relations Officer (PPRO), DSP Edafe Bright also announced the arrest of an 80 year old man with cartridges, believed to be sales source to criminals.

On 15/6/2022, the Command received a tip off, that some suspected Eiye Confraternity Cult groups will be marking their anniversary in Ogwashi-Uku.

The Command swiftly acted on this information and located where and when the ceremony will be held. CP Ari Muhammed Ali detailed the Command’s Buffalo Patrol team, operatives from Area Command Ogwashi-Uku and Ogwashi-Uku Division, stormed the venue at Big Apple Hotel in Ogwashi-Uku.

The suspects on sighting the police took to their heels, while some of them shot at the Police. They were given a hot chase by the team and fifty-one (51) suspected cultists were arrested, while two cut to size locally made guns, one expended cartridge, Eiye Confraternity regalia were recovered.

Suspects have been transferred to the Command’s Anti-Cult unit (SACU) for investigation, and those found wanting upon completion of investigation, will be charged to court.

In another development, the Command arrested one Omoraka James, ‘m’ age 80yrs in Kokori.

The suspect’s premises was raided by the Command Raider’s Unit on the strength of an information received that he deals in Cartridges, sells to hoodlums which they use in carrying out various nefarious activities. One hundred and fourteen (114) rounds of live cartridges were recovered from him.

Similarly, Eagle net special squad while on stop and search duty along Sapele-Benin Express way, intercepted a Toyota Hiace Bus with reg no OLG 13 EFR and subjected the passengers to a search. During the search, six locally made double barrel guns concealed in an umbrella belonging to one Mrs. Victoria Itila were recovered. The suspect was arrested and investigation is ongoing.

The CP, while urging parents and guardians to monitor and teach their wards on the need to stay away from cultism and vices, warned in strong terms that the Command under his watch will not tolerate any form of cult related activities in the State and that the Command will go all out in identifying them, their hideouts, arrest and ensure that they are brought to book.

Th CP also admonished members of the public to continue to partner with the Police by providing useful and timely information to the Police that will help in the fight against crime and criminality.