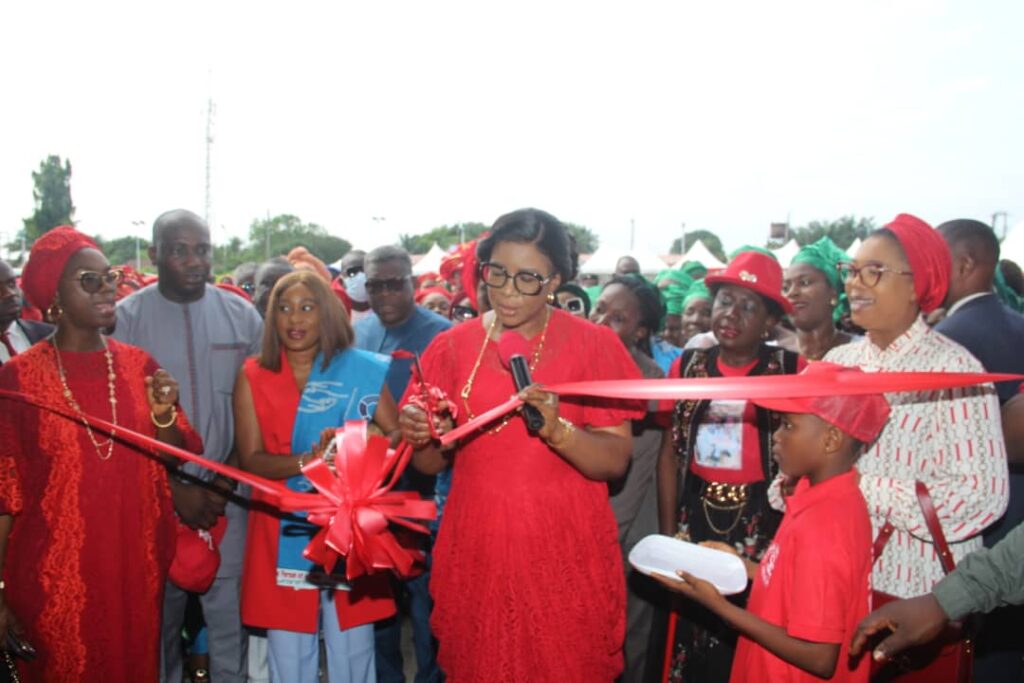 In commemoration of this year’s World Sickle Cell Day, the wife of Delta Governor and Founder O5 Initiative, Dame Edith Okowa has inaugurated another Sickle Cell Clinic in the state.

Dame Okowa while commissioning the 23rd Sickle Cell clinic in the state alongside a Paediatric clinic in Obiaruku, Ukwuani local government area on Monday, June 20, 2022, said that the clinic would bring relief to children with sickle cell disorder at no cost.

The governor’s wife who decried the condition of the structure housing the two clinics; which had been abandoned for 22 years, revealed that, the clinics were actualized by her O5 Initiative through donations from public spirited individuals of the local government Area.

In her words, “we have struggled for this clinic to come to pass but as God did it, we didn’t just get a sickle cell clinic but we also have a paediatric clinic for our children”

Dame Okowa used the occasion to admonish the Laboratory Scientists to take the laboratories as God’s business, adding that, they can also use the equipment for businesses by rendering services to hospitals that would pay for services thereby generating funds for the clinics.

“It should not be for treatment of sickle cell related cases alone. It can be used to generate funds when private hospitals pay for services and the use of the equipment here,” she admonished..

“There is no business for an AS Genotype marrying another AS. So seek medical experts advice before marrying anyone in the name of love”. Dame Edith Okowa advised.

She commended the State Ministry of Health for supporting the project and called on Deltans to always impact positively on the lives of the less privileged, stressing that people should learn to always give to the needy.

The well equipped commissioned sickle cell and paediatric clinics in Obiaruku were immediately handed over to the Ukwuani Local Government Council for public use by 05 Initiative.