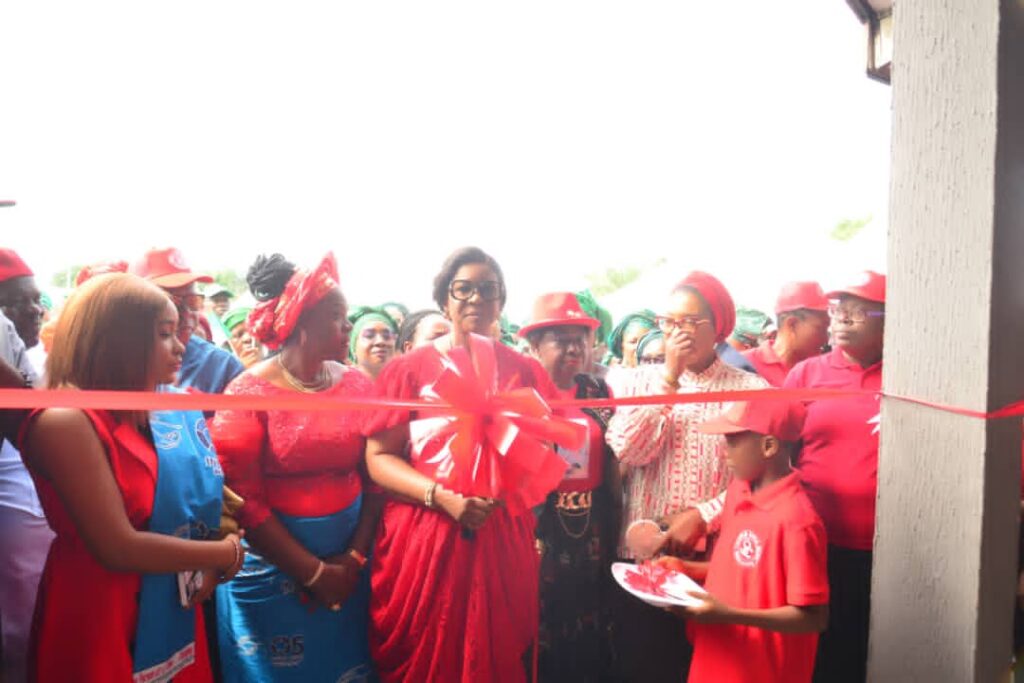 OBIARUKU/Nigeria: The wife of Delta State Governor, Dame Edith Okowa has been commended for her efforts to fight and stop the spread of new Sickle Cell cases in the state, through her 05 Initiative as the organisation inaugurates the Obiaruku Sickle Cell Clinic.

The commendations came from the member representing the Ukwuani State Constituency, and Deputy Speaker of the State House of Assembly Rt. Hon Ochor Ochor and his wife, Mrs Anna Ochor on Monday June 20, 2022, in Obiaruku.

The two spoke at the inauguration, amidst celebration with those with Sickle Cell disorders who are are also called warriors.

The duo thanked the wife of the Governor and founder 05 initiative for the establishment of the clinic which they said would ameliorate the hardship the warriors face in accessing good healthcare.

The Deputy Speaker Hon. Ochor Ochor, while commending the first lady, said that the newly commissioned Obiaruku Sickle Cell clinic by the wife of the State Governor, was a mark of fulfilment for the use of the building for him.

He said that the clinic was a mark of satisfaction that Ukwuani belong to the council areas where the Sickle Cell clinics have been established, as the warriors would no longer be going through the stress of traveling to Warri or Asaba for treatment.

On her part, Mrs. Anna Ochor said the inauguration ended in praises as survivors would now access the treatment close to their homes, while encouraging parents and guidance to ensure their children, family members and friends know about the clinic in the area.

“We call on health workers, caregivers and stakeholders to continuously carry out sensitization programmes to educate the public and encourage sickle cell warriors to stay healthy and live normal lives”.

She said citing and equipping the hospital has brought light and hope to the people as the hospital which was formerly a children’s hospital had been abandoned for 22 years.

The couple praised the founder of the 05′ initiative, saying commissioning of the Obiaruku Sickle Cell clinic, and her commitment to leave a legacy that will endure for all time should be acknowledged and encouraged by all.

Earlier, the wife of the Governor and Founder 05 Initiatives Dame Edith Okowa said the 05 initiative was passionately committed to putting a stop to new births with Sickle Cells cases hence the message “know your genotype and compatible level”.

She said the theme for the 2022 World Sickle Cell Day, “Shinning the light on sickle cell” was apt as the surviving warriors need all the love, care and attention they can get.

Flanked by some women from Ndokwa Nation who were on ground to welcome her, the wife of the Governor who had earlier commissioned the well equipped sickle cell clinic said it wass the 23rd of such being established in the state and thanked Ukwuani people for their unity, peaceful disposition and warm welcome.

The event was later wrapped up with a photo shot and dance time by Dame Edith Okowa, Mrs Ann Ochor-Ochor and other women present.