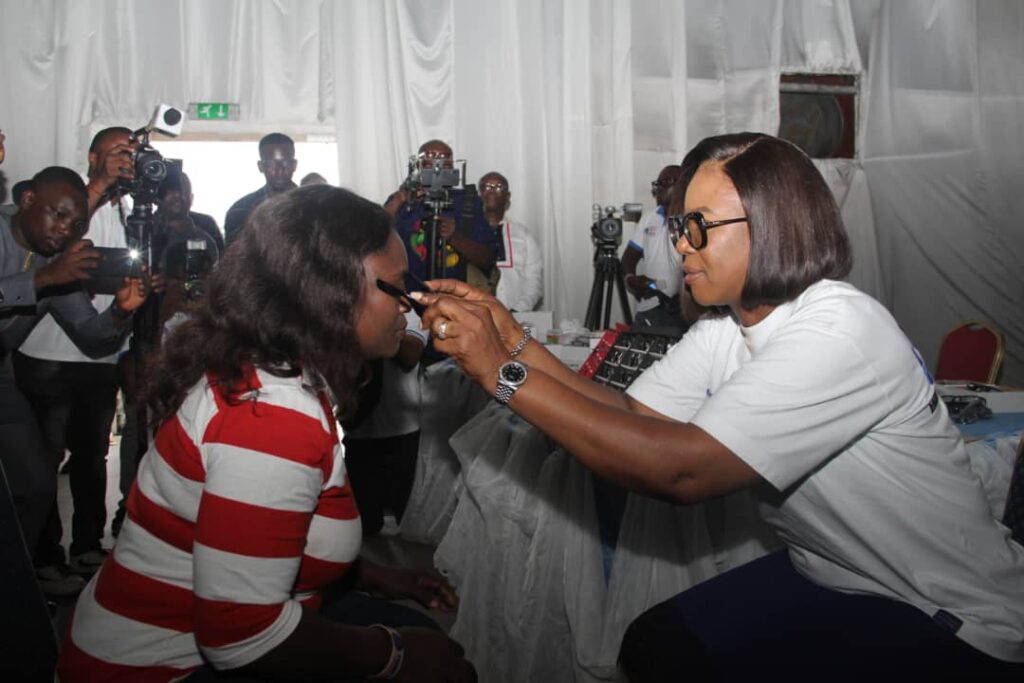 The O5 Initiative Grassroots medical Outreach in collaboration with Restore Sight Africa Initiative has commenced the last phase of the third edition of its Free Medical Outreach for residents of Aniocha/Oshimili federal constituency.

Speaking during the flag-off on Monday, June 27, 2022 in Asaba, wife of Delta Governor, Dame Edith Okowa and Founder, O5 Initiative, urged well meaning Nigerians to reach out to the less privileged, stressing that, the number of the blind beggars on the streets would reduce tremendously if they were given free eye treatment.

She lamented that many blind children are kept at home by their parents without any medical examination and treatment.

Dame Okowa said the 05 Initiative and its partners have moved round the 10 federal constituencies in the state carrying out surgeries, distributing free glasses and dispensing eye drops to ensure complete eradication of visual impairment in the society before the end of the Okowa administration.

While urging the people to make Jesus their anchor in order to surmount all challenges of life and secure a place in eternity, the governor’s wife charged critical stakeholders to always reach out to the poor around them, as life was beyond material acquisition, stressing that everyone would be remembered for what they did while in positions of authority.

She lauded the Restore Sight Africa Initiative and the ministry of health for partnering with the 05 Initiative in supporting and upholding the vision and for providing mobile clinic for the Aniocha Oshimili Federal constituency outreach.

The week long programme, is designed by the charity and non-profit organisation to tackle cataracts and other eye defects that could lead to blindness among underprivileged adults and children across various villages and communities in Oshimili South, North and Aniocha North, South LGAs.

The exercise will also feature Free Medical Examination and screening of patients by trained medical staff, full ophthalmic and medical examination of patients prior to surgery and the eventual surgery performed by the surgeons.

The Director General of the 05 Initiative, Mrs. Oghenekevwe Agas, the commissioner for Health, Dr. Mordi Ononye and the Coordinator of the of the Restore Sight Africa Initiative, Dr. Ernest Ogbedo expressed optimism that the successes recorded in the ten federal constituencies had reduced visual impairment in the state and urged other stakeholders to key into the program even as they lauded Dame Okowa for the great feat.