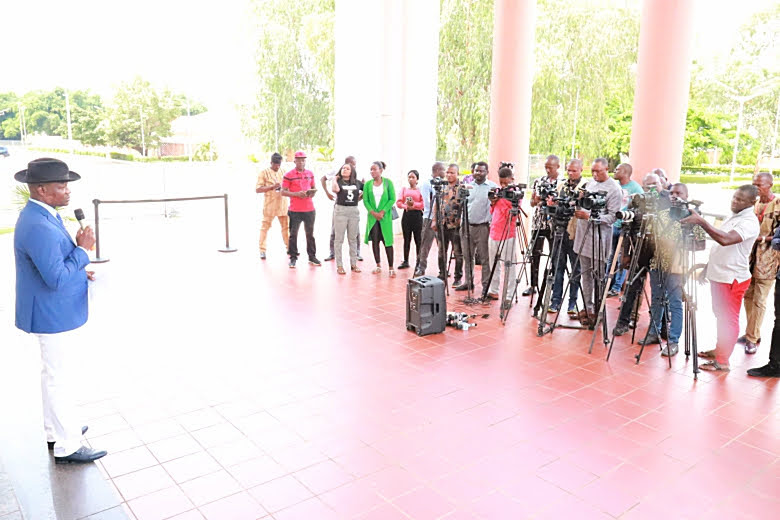 Delta Government on Tuesday, announced that it had approved the disbursement of N400 million grant to 40 mission schools in the state to enable them to upgrade and expand their facilities.

The Commissioner for Information, Mr Charles Aniagwu, announced this while briefing journalists on some of decisions reached at the State Executive Council meeting presided over by the Deputy Governor, Mr Kingsley Otuaro.

Aniagwu who was flanked by the Chief Press Secretary (CPS) to the governor, Mr Olisa Ifeajika, at the briefing, said that each of the 40 schools would receive N10 million.

He explained that the gesture was part of the state government’s deliberate measures to ensure that the schools did not lag in terms of facilities and human capital development effort.

“At today’s Exco meeting, a number of decisions were taken and one of them is the approval of disbursement of N400 million grant to 40 missionary schools in the state that were previously being run by the state government before they were handed over to the missionaries.

“That translates to N10 million for each of the 40 missionary schools to enable them improve on their facilities because you do know that in the last seven years, we have taken a lot of effort and time to upgrade a number of schools that are run by the government.

“But, since the return of a number of these schools to the missionaries by the last administration, we had hope that they too, should be able to cope fully. Yes, they had done very well as they have been able to add values to these schools,” Aniagwu added.

He stated that the state executive council also gave approval for the reconstruction of the first phase of the Old Lagos – Asaba road from Umunede to Obior which, according to him, is 7.6 kilometres.

To guarantee the overall success of the 21st National Sports Festival to be hosted in the state, the commissioner said that the government approved the construction of male and female hostels of 240-bed spaces each at the Dennis Osadebay University, Asaba, with a view to providing secured accommodation for the athletes.

He added that the council also approved the construction of indoor sports complex inside the Stephen Keshi Stadium, Asaba, for short range games for the national sports festival.

“We approved the construction of 240-bed space in Dennis Osadebe University for female and another 240 bed space hostel for male which will house the athletes coming to Asaba for the National Sports Festival.

“The reason for siting them in the university premises is that the hostels will also serve as students’ hostels after the sports festival.

“We have also approved the construction of indoor sports complex that would house other games within the Stephen Keshi’s stadium,”the commissioner said.

According to him, construction of an additional lecture hall was approved for the Nigeria Maritime University, Okerenkoko in Warri South West Local Government Area of the state.

To de-flood the Core Area, Off DSS Road, Asaba, he stated that approval was given for the construction of drainage channels to connect the Asaba storm water control project.

Aniagwu said that six adjoining streets in Asaba were approved for construction with a view to advancing the urban renewal effort of the state government.

Also at the meeting, the government approved the appointment of JohnHolt  Ologho as the Regent of Emevor Kingdom in Isoko North Local Government Area of the state.