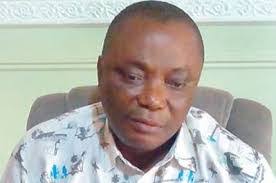 The media office of Peter Nwaoboshi, the Senator representing Delta North in the Senate, SPON, has indicated that the jailed Senator will appeal the judgment of the Supreme Court.

The indication was given in a terse statement signed with the inscription SPON Media.

Find below full text of the SPON Media statement:

The attention of SPON Media has been drawn to the news making rounds about the judgement of the Court of Appeal, Lagos over a matter which EFCC filed against Chief, Senator Peter Nwaoboshi, the Senator representing Delta North at the Senate.

It is not unusual to have judgements that astound the parties, depending on where the pendulum swings.

The judgement, the news of which is in the media arose from an appeal by EFCC against the judgment of the Federal High Court, Lagos, which discharged and acquitted Distinguished Senator & Co-Defendants at the trial level.

Steps are being taken to challenge the Court of Appeal judgment immediately and we are confident that the Supreme Court will subject the judgment to critical review accordingly.