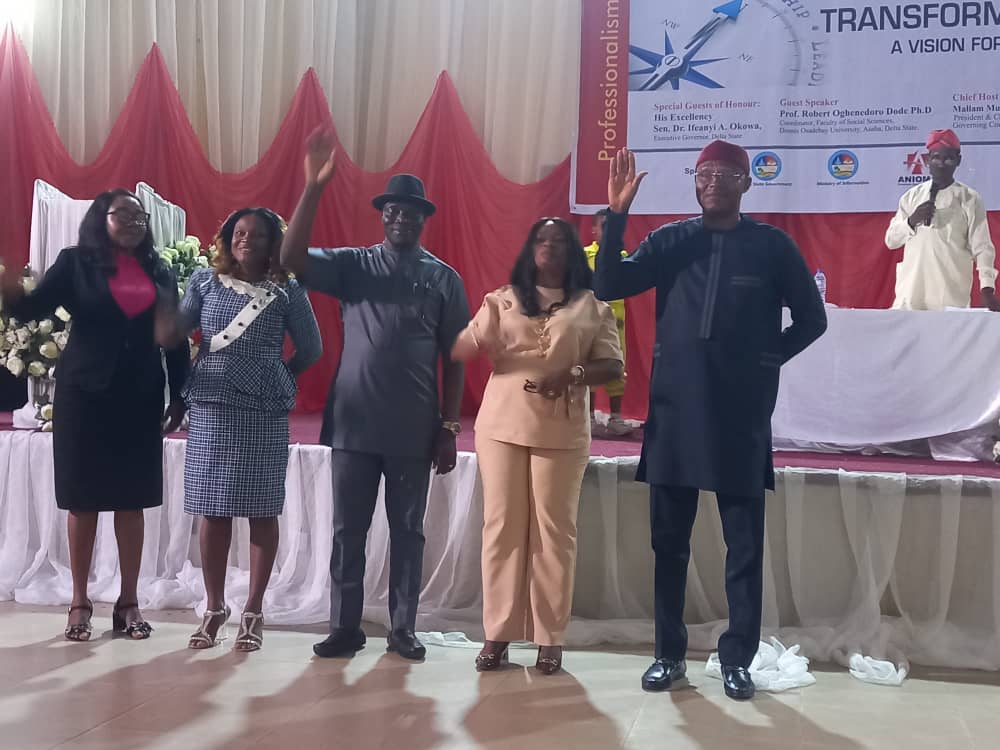 ASABA/Nigeria: Stakeholders have called for a leadership system in Nigeria that will have future development of the country in mind, away from what is currently practiced in the country.

This was the view of guests at the Annual General Meeting/ Public Lecture 2022, of the Nigerian Institute of Public Relations, NIPR with the theme: Transforming Leadership- A vision For Sustainable Future.

Discussing the issue of leadership in Nigeria, the lead Speaker, Professor Robert Oghenedoro Dode, of Dennis Osadebe University, Anwai, Asaba gave some of the leadership challenges towards sustainable future in Nigeria as unskilled leadership, corruption, political godfatherism, which has eaten deep into the fabric of the Nigerian society.

He said there was need for sound ethical leadership that must be rooted in respect and justice, pointing out that leadership at all levels most be firm, and develop with positive managerial principles that will address the collective agenda of problems confronting the country

The National President, Nigerian Institute Public Relations, Mallam Mukahtar Sirajo represented by the Registrar of the Institute, Mr Yeku Kayode said good leadership should focuse on the need for all to live a life worthy of emulation, stressing that good a leadership style begins with everyone.

Earlier, the Chairman of the Delta State Chapter, and Secretary to the Delta State Government, Chief Patrick Ukah represented by the Vice Chairman Mr. Godfrey Osakwe extolled the leadership style of the state Governor, Senator Ifeanyi Okowa, describing him as a man with uncommon leadership qualities, which had transformed the state at all levels of human endeavour.

According to him, Governor Okowa has exhibited his leadership potentials in the areas of development, management of corporate and national reputation as well as good governance which s key to his administration.

He therefore stressed the need for the conference to change the narrative and bring the needed change capable of grooming visionary and creative leadership for the reconstruction of national echos.

The various discussants bared their mind on the way forward for transformational leadership for Nigeria.

At the 2022 Annual General Meeting, the State Chapter elected a new set of leadership to run the affairs of the institute for the next two years.

The election was done immediately after the public lecture, and was supervised by the Registrar of the Institute, Mr Yeku Kayode, after the dissolution of the past executive led by Mr. Patrick Ukah.

The new chairman Mr Godfrey Osakwe in his acceptance speech promised to run an open administration that will be focused on the objectives of the institute.