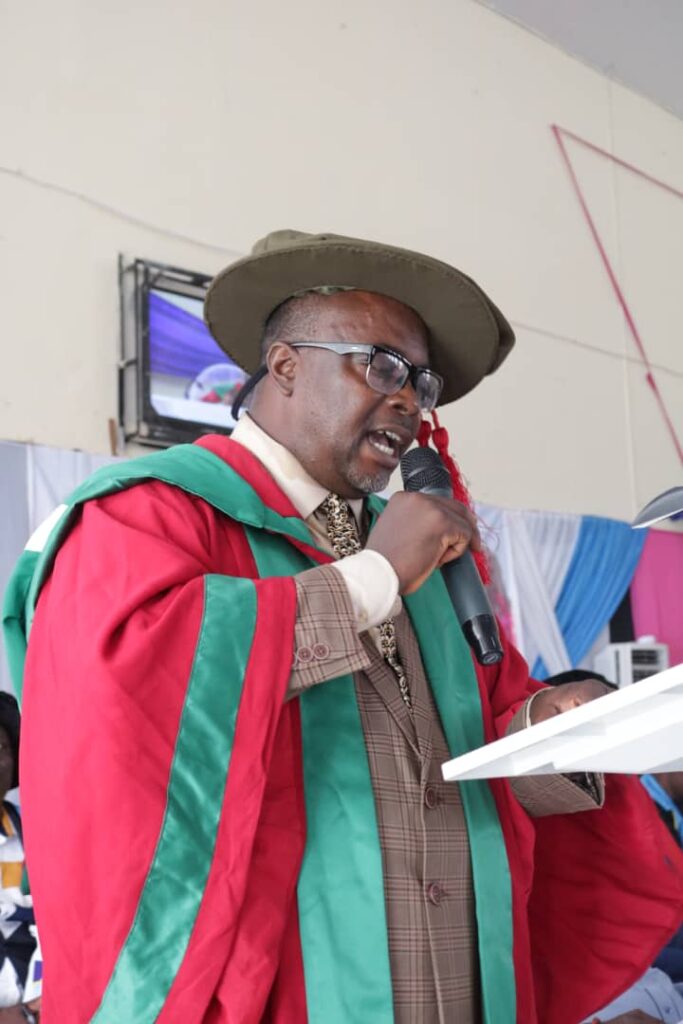 ABRAKA/Nigeria: An expert in Transportation Geography at the Delta State University, Abraka (DELSU), Professor Augustus Atubi has drawn attention to the debilitating effects of soaring Road Traffic Accidents (RTA) figures in Nigeria and other low and middle income economies, despite numerous traffic laws and multiplicity of agencies involved in road management and vehicle inspection.

Professor Atubi spoke Thursday, June 30, at the 92nd in the series of Inaugural lectures of Delta State University, Abraka where he raised concerns on the disturbing increase in road transport accidents in the country, noting that Nigeria ranked 41 in road traffic accident death rate per 100,000 among 183 countries, citing the World Health Organization (WHO) figures.

Atubi, a former Head of Department of Geography and Regional Planning, said one of the consequences of heavy reliance on road transportation as a means of movement of people and goods is high rate of road transport accidents.

His words: ‘’It is not an exaggeration to say that road transport accidents place an enormous financial burden, not only on families of victims, but also on society at large and the governments’’.

Professor Atubi, who lost his twin sister, Augustina Ufuoma Atubi, a nurse, to death in a ghastly motor accident, drew tears from some persons who had lost close relatives, through similar route, convinced his audience with facts and figures relating to the devastations arising from road motor accidents, which he said were caused through human, mechanical and environmental factors.

He emphasized that human factor constituted about 80 percent in causing road traffic accidents, adding that what readily came to mind when considering traffic accidents on the roads were the following: What is the average mechanical condition of motor vehicles that can guarantee reduced accidents on highways?

Other human-induced causes of road accidents, according to Prof. Atubi, who is the Immediate Past Dean of Students Affairs, include drink- driving or driving under the influence of drugs including herbal concentrations laced with spirit, lack of respect/consideration for other road users, impatience and negligence, overloading of vehicle, fatigue and poor vision, among others.

Regretting that road traffic accident was one of the leading causes of death in Nigeria, worse that seemingly very dangerous diseases, he explained that reducing road traffic accidents was a global challenge and success would require the involvement of multi stakeholders at the global, national and community levels. Professor Atubi who held his audience spell bound at the University’s 750 Capacity Lecture Hall A, Site 3, explained that there were 1.25 million deaths due to road traffic accidents and between 20 and 50 million sustain cases of non-fatal injuries every year, hence his description of the phenomenon as ‘’an epidemic’’.

Bringing the issue closer home and citing the National Bureau of Statistics and the Federal Road Safety Corps (FRSC), he disclosed that in Nigeria an average of 12 people died daily in 2019 road accident crashes. In all 4,163 people were killed in crashes during the period. However, 59, 724 people were involved in the road crashes in which 14, 425 vehicles were involved, while 27,408 were injured in the accidents and 27,523 escaped without injuries.

Leaning on the World Health Organization’s (WHO) 2018 Global Status Report on Road Safety, Prof. Atubi painted a depressing picture of the road accident situation in the country. Accordingly, he noted that ‘’one out of every four road crashes that occur in Africa are reported in Nigeria. Every four hours, no fewer than two lives are lost on Nigerian roads. And every year about 20,000 of the 11,654 million vehicles in the country are involved in accidents’’.

He disclosed further that there were 33.7 deaths per 100,000 people in Nigeria every year, making Nigeria one of the countries with the highest number of fatalities in the world with 74.5 deaths per 100,000 inhabitants.Citing the International Transport Forum, WHO and FRSC, the Inaugural lecturer disclosed that the world average was 17.4, Africa, 26.6, while Norway has the least road fatality with two deaths per 100,000.

While describing road accidents as a ‘’complex phenomenon’’, Prof. Atubi explained that road accidents had serious social and economic consequences which had made prospective travellers to develop phobia for spatial interaction.

According to him, ‘’Road traffic accidents have physical, social, emotional and economic implications. The global economic cost of road traffic accident was estimated at $518 billion per year in 2003 with $100 billion of that occurring in poor developing countries. Nigeria loses about 80 billion naira annually to road accidents’’.

The Geographer of note suggested that the way forward in reducing road traffic accidents revolved around responsible human behaviour such as use of seat belt, observance of speed limits and traffic signs, avoidance of drugs and alcohol in addition to public education/enlightenment targeting motorists, carrying out research on road traffic accidents, development of database and information sharing, among others.

Speaking at the occasion, the Vice-Chancellor, Professor Andy Ogochukwu Egwunyenga congratulated the Inaugural lecturer on his excellent lecture, describing him as a prodigious researcher and first rate scholar. He decorated Prof. Atubi with the University Honorary Medal which is awarded to Professors who deliver their Inaugural lectures at the Delta State University Abraka.