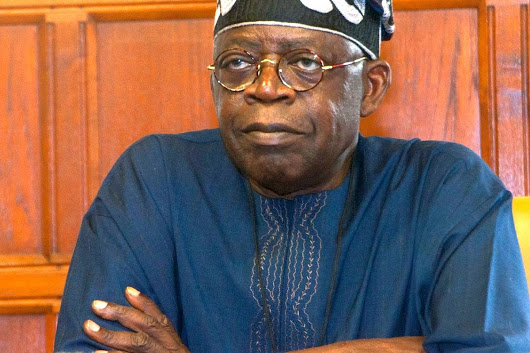 ‘Eneke’ the bird, in acclaimed Prof. Chinua Achebe’s masterpiece, “Things Fall Apart,” says, “Since men have learned to shoot without missing, he has learned to fly without perching.” This analogy comes handy in the allegation of “forgery” against the presidential candidate of the All Progressives Congress (APC), Asiwaju Bola Ahmed Tinubu. He’s accused of submitting altered credentials to the Independent National Electoral Commission (INEC), for the February-March 2023 general election in Nigeria.

Of concern is that the new documents differ from those he presented when he vied for governor of Lagos State in 1999, won the seat and ruled from 1999 to 2007.  Missing from the documents are Tinubu’s primary and secondary school records, which he claims were lost when state actors torched his home during the struggles for revalidation of the annulled June 12, 1993, election.

Tinubu, a Senator in the pseudo-military-civilian era, became a major player in the ‘June 12 struggle,’ leading to threats to his life, and prompting him to flee into exile. Eleven days to the July 15 deadline for substitution of candidates for the 2023 polls, Tinubu, the “Jagaban Borgu,” sweats it out to fill his running mate’s slot.

He’s faced a lot of blowback for allegedly scheming to run on a Muslim-Muslim ticket in a nearly, evenly divided Nigeria between adherents of Christianity and Islam. Failing to name a running mate after the June 6-8, 2022, APC primaries in Abuja, Tinubu (and some presidential candidates) has recourse to a non-extant “placeholder” as proxy for his “authentic” vice presidential candidate.

Commentators and legal experts have criticised the adoption of a “placeholder” or stand-in, hold-in or proxy as unknown to the laws guiding elections in Nigeria.
The Centre for Reforms and Public Advocacy (CRPA), which’s also faulted Tinubu’s pick of a placeholder for his running mate, has threatened to sue him for perjury, for reportedly submitting forged documents to the INEC.
The CRPA had given the Inspector General of Police (IGP), Usman Alkali Baba, a 48-hour ultimatum to arrest and prosecute Tinubu, failing which he would be served a court order of mandamus to effect the arrest.

The CRPA’s legal adviser and rights activist, Agu Kalu, at a press conference in Abuja on June 25, said Tinubu isn’t qualified to be president of Nigeria, as he supplied “false information on oath” in Form EC 9 to the INEC. Mr Kalu specifically alleged that Tinubu, in 1999, claimed to have attended Saint Paul’s Aroloya Children’s Home School, Ibadan, between 1958 and 1964, and Government College, Ibadan, between 1965 and 1969. But in his 2022 Form EC 9 to the INEC, Tinubu left blank the columns for primary and secondary schools – leading to the assumption he didn’t attend any of such schools.

This, to the CRPA, is unimaginable, as Tinubu claims university qualifications in the same INEC’s Form EC 9, and thus should answer to the courts that he’s dragged for years by legal luminary, Chief Gani Fawehinmi (SAN).
As did – and still do – many Nigerians, including former Military Governor and chieftain of the Peoples Democratic Party (PDP), retired Commodore Olabode George, Gani had questioned Tinubu’s biological data (bio data). Gani’s writs focused on Tinubu’s conflicting statements, and documents regarding his name(s), parentage, place of birth, state of origin, primary and secondary schools, and universities attended, at home and abroad, and the certificates obtained there from. The matter traveled the courts, and became functus officio (of no further authority or legal effect) when Gani died, and yet, the Tinubu qualifications saga remains.

The posers needing answers: Why are the credentials that Tinubu submitted in 2022 to the INEC different from or at variance with the ones he tendered in 1999?
Are there electoral laws prohibiting candidates from presenting credentials separate from the documents submitted in previous election(s)? Is levying forgery against Tinubu based on circumstantial evidence or “proof beyond reasonable doubt,” as the main ingredient for determination of a criminal felony?

When has forgery become a heinous crime to attract arrest of Tinubu, as canvassed, instead of filing a cause against him, to appear in court and defend himself?

Tinubu seems to imbibe the saying, “Once bitten, twice shy,” to stay ahead of those after his ambition, and avoid political troubles that filings with INEC could occasion. He wants to prevent what happened to Bayelsa State’s Governor-elect, David Lyon, who, via a Supreme Court judgment on February 13, 2020, lost the seat 24 hours to swearing in, due to errors in the names of his Deputy-Governor-elect, Senator Biobarakuma Degi-Eremienyo! Like the Biblical Moses, Lyon saw the Government House in Yenagoa, Bayelsa’s capital city, without occupying it!

Tinubu may’ve also taken lessons from the playbook of Edo State Governor Godwin Obaseki, who endured similar allegations, but outsmarted his opponents at the courts. Like Tinubu faces, the plaintiffs in the Obaseki case – the All Progressives Congress and another – alleged that the credentials submitted for his election in 2016 didn’t match the documents he tendered for his re-election in 2020. That Obaseki didn’t attend the University of Ibadan (UI), Ibadan, as he lacked the entry requirements for Classical Studies in 1976, and forged the institution’s certificate. They alleged discrepancies that backgrounded the case, such as irregular/incomplete/altered/missing dates, signatures and other information in the credentials.
The plaintiffs called six witnesses, including a student of the university that graduated in Classical Studies in 1976, and one that studied Agricultural Economics (1974-1978). Obaseki denied the charges, and called three witnesses, counting Abayomi Ajayi, UI’s Deputy Registrar, Legal, and Eghosa Osaghae, a Prof. of Comparative Politics at UI, and Obaseki’s secondary school and university mate.
Below is the decision of a Federal High Court in Abuja, in the suit against Obaseki, that can serves as a “locus classicus” (a classic case or example) in forgery matters.

“Having thoroughly analysed the evidence of this case, it is the conclusion of this court that the defendant did not forge his O’Level certificate, his HSC certificate, and particularly his University of Ibadan degree certificate. Accordingly, the plaintiffs’ case is dismissed.”

As Tinubu’s 1999 filings with INEC vary from the ones in 2022, can the CRPA prove a case of forgery, and stop his lifelong ambition to rule Nigeria?
As Nigerians await the CRPA to advance its arrest and legal threats against Tinubu, and the courts to make their pronouncements accordingly, the intriguing and thought-provoking issue has the potential to shape the direction of the 2023 polls, and the polity there from.