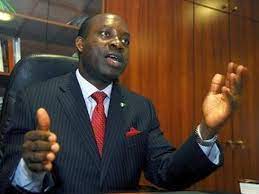 PERSPECTIVE – Soludo has no solution

Nigerians are undergoing the most challenging period in their lives as more people are pushed into poverty and desperation. Inflation is running at an average 16 per cent, hunger is deregulated and life is very cheap. Kerosene is unaffordable and the cost of diesel and aviation fuel so high that airlines in the country threatened to stop flying.

It is in the midst of such extreme hardship that His Excellency Charles Chukwuma Soludo pushed for more hardship on the populace by demanding for astronomical increases in the price of premium motor spirit, PMS (petrol). No, the Governor of Anambra State and international professor of Economics is too clever to present his demand as crudely or directly as I have presented it. Rather, he demanded that the so-called subsidy on PMS should be removed “as early as yesterday”.

Soludo, while speaking at the June 14, 2022 launch of the Nigeria Development Update, NDU, by the World Bank, said: “Remove this subsidy like yesterday, this ought to have been removed like yesterday. If we continue with the subsidy, Central Bank will continue to spill money. The solutions are pretty obvious. What we need to do is to be committed to it.”

Then in a false claim of federalism when almost all states, including Anambra, depend on their share from the oil resources commandeered by the Federal Government, Soludo said if the “Federal Government decides that it wants to subsidise Premium Motor Spirit, PMS, why do you have to charge it from the subnational states? You should charge it from the revenue of the Federal Government.” It is charged from the subnational states precisely because almost all of them are mere parasites contributing nothing to the federation account. Besides, the cost of PMS affects all Nigerians.

Soludo’s predictable speech at the occasion is not surprising partly because it was at a programme of the World Bank which had been one of his benefactors. His submission had to be in line with the World Bank Report being released at the occasion. The major planks of the report include “eliminating the PMS subsidy” which is actually a so-called complete deregulation of fuel prices, “easing trade restrictions”, an euphemism for the complete surrender of our economy to foreign interests; and “enhancing domestic revenue mobilisation which means imposing of higher taxes and prices on Nigerians.

Given the fact that Nigeria with a landmass of 923,768 kilometres and a population of over 200 million people relies on less than 3,000KW of power with a power grid that this year has broken down some two dozen times, Nigerians are forced to rely on generators. These generators that power small businesses and homes, are almost all run on petrol. The country having no mass transit like trains or intra-city railways or waterway transportation, has to depend on petrol-based road transport. Given the dependence on PMS, it is common sense that to allow the mindless increase in its price would be disastrous.

So why are people like Soludo always pushing this? Does it take an educated mind to know that the World Bank’s claim that fuel subsidy “mostly benefits the affluent” in Nigeria is patently false? Is the poor farmer who has to move his agricultural products to the urban centres and markets, affluent?

But let us come to the kernel of my case against the Soludos in Nigeria who are mere megaphones of enslaving institutions like the World Bank, the International Monetary Fund, IMF and the World Trade Organisation, WTO, and repeater stations of their ruinous neo-liberal policies like the Structural Adjustment Programme, SAP.

Soludo who in 2011 described himself as an international scholar and consultant to 18 international institutions ought to be reflective. An international Professor of Economics who has been a visiting scholar to institutions like the Brooklings Institute, the American Swartmore and the Universities of Warwick, Oxford and Cambridge, ought to ask himself the basic question: Why is Nigeria said to have subsidy on PMS? Even with a mere three-month tutorial in economics at the high school level, I can easily answer this question: because although we are a large oil producing nation, we do not refine petroleum products.

With this fact, we lose all economic advantages, including those of comparative advantage and factors that determine the sitting of industries. So, if Nigeria is subsidising PMS, it is entirely contrived by leaders and educated elites who refuse to put on their thinking caps. Soludo, for instance, was President Olusegun Obasanjo’s Chief Economic Adviser in 2003 before becoming the Governor of the Central Bank.

Then, President Muhammadu Buhari appointed him into his Presidential Economic Advisory Committee. Did Soludo advise the governments he served on the need to refine petroleum products rather than export crude oil and import comparatively expensive petroleum products? If he did and was ignored, what did he do? Resigned? When he was CBN Governor, paying questionable fuel subsidies, did he know it was a wrong policy?

So, rather than Soludo demanding increases in the price of PMS under the guise of fuel subsidy removal, he should demand that Nigeria begins to refine its petroleum product needs.

Soludo reminds me of Chichidodo the bird that likes clean environments but feeds on maggots in the excreta. He reminds me very much of Dr Ngozi Okonjo-Iweala, another economic whiz-kid who in 2011 under President Goodluck Jonathan was spewing questionable statistics that claimed the cost of a litre of imported fuel at the depot was N139 but drew blank when asked the cost of a litre of locally refined fuel.

If today, Peter Obi, rightly or wrongly, is making waves in the country, it is because unlike Soludo and Okonjo- Iweala who are campaigning for so-called market forces, he argues that Nigeria must shift from a consumption to a production economy. So the issue is not the withdrawal of so-called fuel subsidy, like Soludo is campaigning for, but the production, rather than the importation of petroleum products.

I once read a paper Soludo wrote on the Economic Partnership Agreement, EPA, titled: “Will Europe Under-Develop Africa Again?” published in the Pambazuka News edition of April, 2012. The paper whose title was obviously a play on Walter Rodney’s ground-breaking work, ‘How Europe Underdeveloped Africa’ was a clear-headed critique of Europe’s neo-colonial and neo-liberal policies in Africa.

In the paper, Soludo argued that the EPA rhetoric, which promises a bright future for Africa, is no different from SAP which decimated Africa in the 1980s. He submitted that: “If EU cannot assist Africa to walk and run, the least it should do is not to hinder its nascent progress.”

So why did he make such a critique a decade ago, and makes a contrary one today? I suspect that Soludo is more intelligent than the cheap way he is pricing himself.