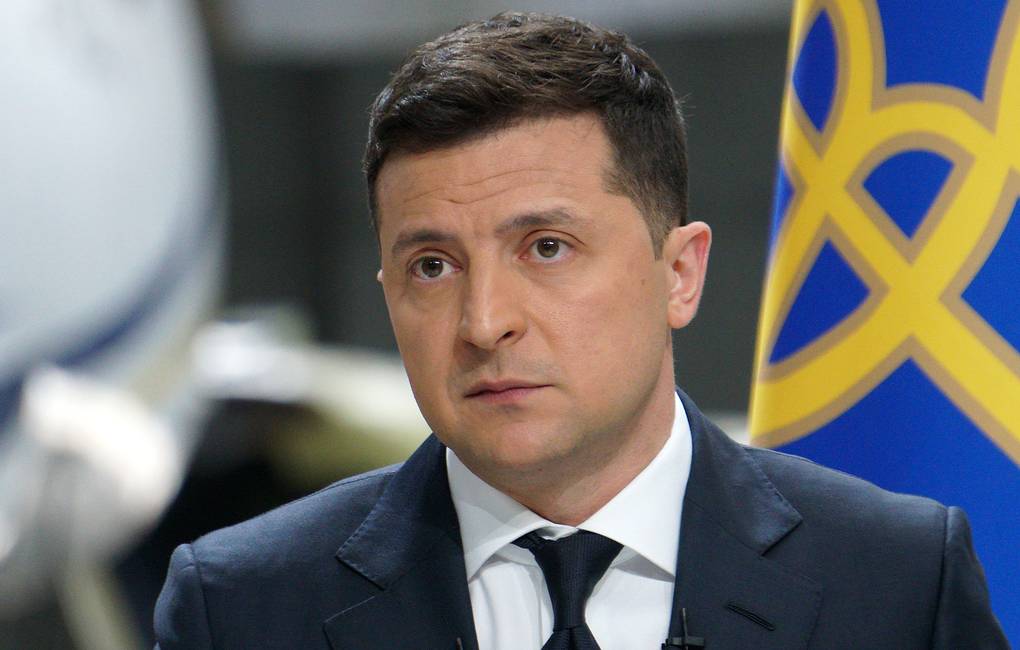 PERSPECTIVE – Africans have no inheritance in the House of Zelensky

Africa for centuries has been entangled in European conflicts and wars in which they suffer from both sides.

The most terrible for Africans was the Second World War for which youths, including high school kids from various parts of the continent, were conscripted and many never returned home.

In Nigeria, it was known as the ‘Burma War’ because that was the war theatre where many of our grandfathers were forced to fight a war they knew nothing about. African resources were seized to fund that war which like the first, was essentially, an All-European War in which the rest of humanity was forced to take sides.

In fact, three of the most famous generals produced in the Second World War made their fame fighting on African soil and devastating its rich environment. The famous ‘Battle of El-Alamein’ was fought in Egypt. That was where General Bernard Law ‘Monty’ Montgomery “The Spartan General” leading 230,000 British troops became famous. It was also where General Erwin Rommel leading the German Afrika Corps made his name as the “Desert Fox”.

The desert, in question, is the Libyan desert. It was also where the American General George Patton, the “Old Blood and Guts” scored his first victory against the Germans. Today, 77 years later, there are strenuous efforts by Europe and her American first cousin, employing deafening propaganda, claims of human rights, threats and outright blackmail to drag Africa into another European conflict: the Russo-Ukrainian War.

As part of these efforts, and imbued with a sense of self importance, Ukraine’s impudent President Volodymyr Zelensky on June 20, 2022 called African presidents to a virtual meeting. Despite pressures from French President Emmanuel Macron and German Chancellor Olaf Scholz, only three African presidents attended his meeting: the organiser and African Union Chair Macky Sall, who is also the President of Senegal, Côte d’Ivoire President Alassane Ouattara and Congo Republic President Denis Sassou N’Guesso. All three are former French colonies.

Also, Mohammed al-Menfi, one of the claimants to the Libyan Presidency, attended. The 51 other African countries ignored the Ukrainian comedian. This emphasised Africa’s position of neutrality; preferring a peaceful resolution of the crisis rather than queuing behind one of the gladiators.

Besides, Zelensky has not been seen as an even-handed figure. Before becoming Ukranian President on May 20, 2019, he showed himself as a divisive figure and war monger. He described the Ukrainians in Donestsk and Luhansk who had committed themselves to the 2014 and 2015 Minsk Peace Agreements as “Russian puppets” and more or less repudiated the agreements by arguing that it “makes no sense to speak to them”.

Also, contrary to the agreement, he said the two regions will not be granted special status and he would not grant the rebels amnesty. In April 2019 he said he regarded Russian President Vladimir Putin “as an enemy”. Eighteen days before being sworn in, Zelensky declared that “the border is the only thing Russia and Ukraine have in common”. He also opposed the Nord Stream II gas pipeline project between Germany and Russia on the basis that it is “a dangerous weapon” that would enhance the Russian economy.

Zelensky made Africans uncomfortable by reducing the rights of foreign students in Ukraine, and with the conflict breaking out in February 2022, he said any African student who leaves Ukraine “will not be welcome here once the war is over”. When the war broke out and Africans joined the droves of Ukrainians fleeing across the borders, they were discriminated against on both sides. Also, Ukraine has been illegally recruiting Africans as mercenaries to fight in its army. Already, a Moroccan, Brahim Saadoun, has been sentenced to death in the Donetsk region.

Zelensky’s address to the four African leaders was quite uninspiring. He said: “This war may seem very distant to you and your countries. But the food prices that are catastrophically rising have already brought (the war) to the homes of millions of African families.” The truth however is that the war has not affected only African families; it has also affected millions of Asians, Latin Americans and Europeans leading to protests over rising costs in countries like Britain and Chile. Also, he told them: “The unjust level of food prices, which has been provoked by the Russian war, is being painfully felt on all continents.

Unfortunately, this can be a particular problem for your countries.” No, it is a ‘particular’ problem for many countries across continents.

Perhaps the most unhelpful claim by Zelensky is that: “Africa is in reality a hostage. He is a hostage of those who started the war against our state.” This is patently false; what holds Africa, and indeed the world hostage, is the refusal to employ diplomatic means, including ceasefire and negotiated agreements, to end the war. I am not sure the admonition by the AU Commission Chairman Moussa Faki Mahamat on “the urgent need for dialogue to end the conflict to allow peace to return to the region and to restore global stability”made any impression. Zelensky and his masters in Washington and Brussels are only interested in sending more arms to Ukraine, which keeps the Western war industrial complex busy and profitable, and where they can test their new  weapons.

The West insists on continuing the war it knows that Ukraine- whose Navy and Air Force have evaporated, populace is largely displaced, economy and schools, non-functional –  cannot win. With their troops and populace out of harm’s way, the European Union and United States are mainly watching from the side lines as Ukraine and Russia wear themselves out. They are hoping that the war and sanctions would weaken Russia and strengthen the hegemonic control of the world by a unipolar super power whose word will be law across the world.

So, when poor Zelensky declared a fortnight ago: “We are obliged to win the war unleashed by Russia for the hopes of all normal people for a peaceful progressive future to be realised,” he was merely hallucinating. Hopping around in green T-shirt and camouflage trousers making endless speeches, he lives under the illusion that he is the great war president destined to defeat Russia and rescue the world from a blood-thirsty dragon and its evil empire.

Zelensky is like a man who sets his home on fire, refuses the fire be put out and then shouts that it is a universal calamity for which he deserves a mansion as replacement. We Africans cannot be hoodwinked by such a freak; we have no inheritance in the House of Zelensky. We want peace and plenty, not war and scarcity. We have our own challenges and do not want to add avoidable ones to the burden we carry.