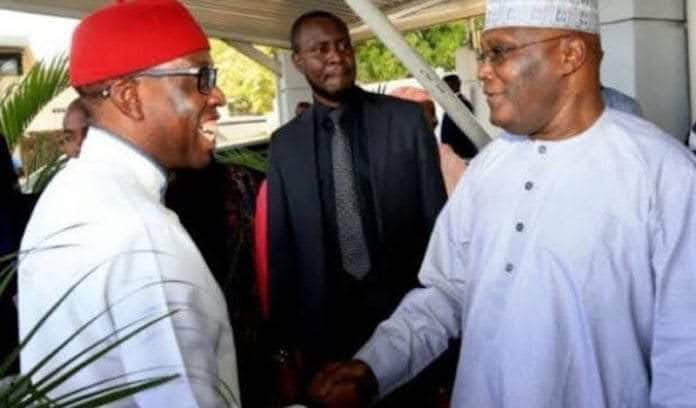 It’s settled on July 15, 2022: The political parties in Nigeria participating in the 2023 elections submitted the final list of their presidential and vice presidential candidates.
Yet, controversies continue to dog the filings by the parties with the Independent National Electoral Commission (INEC), which’d insisted on the deadline.
The initial dust was raised by the reported scheming of the All Progressives Congress (APC) candidate, Asiwaju Bola Ahmed Tinubu, to run on a Muslim-Muslim ticket, with the Christian community vowing a voter blowback.

Then, to meet with the preliminary deadline of June 17 set by the INEC, the candidates of three of the parties – the APC, Labour Party (LP) and the New Nigeria Peoples Party (NNPP) – engaged in the novel naming of “placeholders” for their “authentic” running mates.
The protests against the APC candidate’s pioneer choice of a fellow Muslim, Alhaji Kabiru Masari of Katsina State, as his placeholder, and Masari’s replacement with another Muslim, Senator Kashim Shettima (Borno Central) as the “actual” running mate, resulted in the alleged indefinite postponement of unveiling of Shettima on July 14.
Due to the opposition to a Muslim-Muslim ticket for the February poll, the APC allegedly considered replacing the former Borno State governor with a Christian on the eve of the July 15 deadline for turning in the candidates’ lists.
But Shettima remained the APC running mate as at close of submission of names of the candidates at 6pm on July 15, as replacing him with a Christian would’ve been incongruous, and done more political damage to the party.
Tinubu couldn’t forcefully defend his pick of Shettima, as his running mate, owing to the reported interests among Northern APC governors that wanted the post.
But not so with the candidate of the Peoples Democratic Party (PDP), former Vice President Atiku Abubakar, who’s repeatedly defended his choice of Delta State Governor Ifeanyi Okowa as his vice presidential candidate.
Atiku’s pick of Okowa had splintered – and still divide – the PDP, with most of the power players calling for his replacement with Rivers State Governor Nyesom Wike.
The critics’ urging of Atiku to accept Wike as running mate, as he topped the PDP screening for the position, tantamount to waiving Atiku’s say in who runs with him, even if the “choice” isn’t politically compatible with him.
But Atiku wanted just the opposite: A “simpatico” running mate (as United States President Joe Biden craved during his run for office in 2020) that’s competent, and won’t rock the boat if they’re elected in the February 2022 poll.
Amplifying Atiku’s position, a member of the Board of Trustees (BoT) of the PDP and former Minister of Police Affairs, Waziri Adamu, recalled: “The PDP has had a history of what happened between 2003 and 2007, where there was a deep-seated crisis between the President and the Vice President, and nobody wants a repeat.
“Hence the candidate, who won the election on his merit, must be given the right… to make a choice on who will be his running mate, (and) not the party (choosing for them).”
What an irony! Atiku obviously rejected Wike to avoid a similar scenario he’d with former President Olusegun Obasanjo, who lately regretted accepting him (Atiku) as vice presidential candidate in the 1999 poll that they won together, and were-elected in 2003.
The aggrieved PDP chieftains talked about fairness in politics, arguing that besides Wike coming second to Atiku in the May 2022 PDP primaries, he scored highest in the straw poll to choose Atiku’s running mate.
In the behind-the-scenes vetting involving 17 PDP leaders, Wike allegedly scored 14 of the 17 votes, prompting his recommendation as Atiku’s running mate.
Poll watchers may dismiss “fairness” as a bedrock for democratic practice, as politicians majorly promote self-interest and how to win election, to claim or retain power.
Atiku settled for Okowa to serve his interest, and complement him to win the presidency. So, he trumped other considerations, like Wike’s touted capacity to galvanise voters and bankroll the PDP 2023 campaigns.
After all, Atiku has bankable millions of votes, and the war chest to single-handedly finance the presidential contest. Any contributions from Okowa are an added advantage.
The PDP leaders’ harping on fairness in their canvassing for Wike to be Atiku’s running mate is fair enough. And that’s if politics were based on fairness. But it isn’t!
And if history is any guide, critics won’t ascribe “fairness” to Wike, nor blame Atiku for picking Okowa, who came second to Wike in the PDP committee screening for a vice presidential candidate to Atiku.
The interesting bent to Atiku’s decision to pick Okowa is the memory it brings in the infamous “16 is greater than 19” votes under President Goodluck Jonathan.
Then, Wike, as Minister of State (Education), was a rabid supporter of President Jonathan, who’s at loggerheads with Rivers State Governor Chibuike Rotimi Amaechi.
In his bid for re-election as Chairman of the Nigerian Governors’ Forum (NGF), Amaechi scored 19 votes, while his challenger and pro-Jonathan Plateau State Governor Jonah David Jang, polled 16 votes.
But Jonathan upheld Jang as the “winner,” and Wike couldn’t be happier, as Jonathan was undermining Amaechi’s hold on power in Rivers, which finally fell to the PDP in 2015, and enabled Wike to become governor.
Still on fairness in politics, Wike shouldn’t have stood for president, for dissing the Southern Governors’ Forum (SGF) resolution for the presidency to rotate to the South.
Despite this notice, Wike rooted for emergence of a Northern president, and endorsed Bauchi State Governor Bala Mohammed as the “best man for president.”
Wike only retraced his steps when the agitation for a Southern president had gone beyond his calculation as a possible running mate to Mohammed in the 2023 polls.
The BIG question: If the shoe were on the other foot – Atiku naming Wike as running mate – would he have allowed Okowa to replace him? That’s unimaginable!
The odd request by the PDP leaders was for Atiku to do the unintended: change his mind, and designate Okowa as a “placeholder” for Wike, the “authentic” running mate.
Thus, Atiku would’ve mimicked the candidate of the APC, Tinubu, the LP’s Obi, and the NNPP’s Kwankwaso, who picked placeholders as their preliminary running mates.
Iterating his choice of Okowa, Atiku, on July 14, barely 24 hours to the deadline for listing of candidates’ names, stomped with Okowa in Osogbo, Osun State capital city, for the PDP candidate in the July 16 governorship poll.
It’s good that Atiku stuck with Okowa to the end of the nominating process, and left the other three candidates to play catch-up in the high-stake march to 2023 elections.