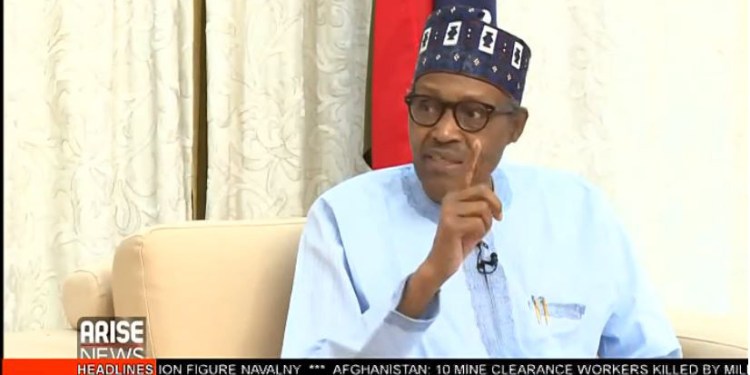 The Sallah is a period of festivities. Perhaps in that spirit, President Muhammadu Buhari last week in paying a Sallah homage to the Emir of Daura, his hometown, was light-hearted.

He told fairy tales. For instance, he said of his children: “They already know that I am not leaving anything for anyone to inherit.” What does he really need to leave for his children who take private rides in the presidential fleet? How much does he really need to leave for them that would be enough for them and their grandchildren? The magic of putting meat in the mouth and making it disappear through the oesophagus is not a new art. So he needs to spare Nigerians such talk.

The President also said: “We should ensure the children get proper education.” But how is this possible when his government, despite its control of our resources, does not properly fund education? If he is so concerned, why is education not given priority by his government? Why has Nigeria, under his watch, over 10 million out-of-school children, making it the world’s highest? Why, contrary to the Constitution, does his government deny Nigerian children the right to education?

For some of those who are in school, why can’t his government secure their schools from bandits? Under Buhari’s watch as the President and Commander-in-Chief of the Nigerian Armed Forces, school children in states like Borno, Kaduna, Niger, Zamfara and Katsina have been abducted by bandits with a number of them still being held. Is that a way of encouraging parents to send their precious children to school?

Under that scheme, Jonathan, concerned about out-of-school children, especially nomadic children, built and opened at least 165 Almajiri schools, some with integrated language laboratories and health clinics. Which ones has Buhari built since coming to power? The Daily Trust Newspapers in its October 15, 2018 issue reported that since the Buhari administration came to power, some of those Almajiri schools have been shut down or seized by state governments and many underutilised with their students back to the streets.

The President during the homage, also said: “I told my children, particularly the girls, that they can only get married after getting a first degree.” Good for his family. But for many Nigerians, neither their male nor female children may get a first degree as his government has forced all our undergraduates in public universities to remain at home for five months now.

The reason for this is the strike by lecturers over matters as basic as the non-implementation of agreements reached between the Federal Government and lecturers a dozen years ago. True, Yar’Adua, not Buhari was in power in 2009, but the latter has been in office for over seven years now. It is a question of priorities.

So while Buhari’s children, those of top functionaries in his government and the National Assembly schooled or are schooling abroad, the children of the less-privileged Nigerians are forced to stay at home. In any case, what is the business of Nigerians whether his female children get married before or after their first degree, Ph.D or become professors?

Buhari also told youths: “We don’t have jobs in government anymore.” The question is why?   It is a question of a programmatic and innovative government creating jobs in all sectors. For instance, rather than award over- inflated contracts, emphasis can be placed on labour-intensive public jobs. Many of our enduring express roads like the Lagos-Ibadan, Sagamu-Benin, Zaria-Kano and Badagry-Seme-Cotonou were originally built by public works.

The President also told the youth to arm themselves with skills: “Emphasis should now be on skills acquisition and competence in creation and deployment of technology.” Good admonition, but wouldn’t they need to acquire such skills?    If this administration has failed to establish and develop skill acquisition centres in the country, has it the moral right to pontificate over such matters?

He also implored parents to inculcate in children a deep fear of God and respect for constituted authorities. My position is that respect begets respect; if the constituted authority neither respects itself nor the citizenry, it does not itself deserve respect. In any case, the issue in Nigeria today is not about preaching morals but addressing the victims of the immorality of a political class whose electoral promises are not worth the paper on which they are printed.

President Buhari said more time should be given to the coaching of the future leaders with basic knowledge of moral values. But who is to coach the future leaders; the current leaders most of who are contemptuous of merit, honesty and integrity? What the country needs is a change from the current leadership style, otherwise if they are the coaches, it will be garbage in, garbage out.

Buhari said during the COVID-19 pandemic that his government    asked all public servants from Grade Levels 1- 12 to stay at home, and “surprisingly the systems worked effectively”. True? So, does he want all such staff sacked?

He declared: “Whoever does not have a good sense of history will easily make mistakes.” I agree because if we learnt from the past, we would not have been saddled with this administration.

The President lamented: “I was locked up for more than three years, after leading the country.” That was merely a power play amongst coup plotters. Did he know that the country erupted in joy when his fellow generals removed him? Does he know why? If he does, he would discover that it was basically for the same reasons many Nigerians are anxious he finishes his tenure.

Buhari hints that he is tired. He is not the only one: many Nigerians are also tired of his rule. It is a mutual feeling and mutual understanding.  All we do is wait and hope that whoever is his successor on May 29, 2023, Nigeria will have a better government; at least one that can throw down a rope for us to climb out of the valley of despair.  Buhari’s jokes during the homage are actually the pains of the Nigerian people.