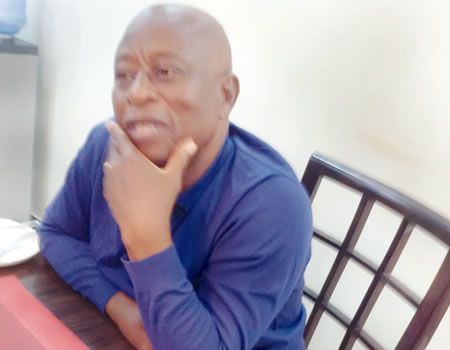 A Delta State High Court sitting in Warri and presided over by Hon. Justice Vera Agbodje has entered Judgment against Chief Kenneth Gbagi, a Former Minister of State for Education and his hotel, Signatious Hotel And Suites Limited for alleged harassment, unlawful detention and torture. Gbagi is currently seeking to be governor of Delta State on the platform of Social Democratic Party (SDP) in the 2023 governorship election and the party’s candidate.

thenigerianlawyer.com, reports that in suit No. EHC/FHR/80/2020 filed by the Claimant’s lawyer, Mr. Kunle Edun on behalf of the Claimant, Mr. Victor Ephraim, they alleged that on the 17th and 18th of September, 2020 Chief Kenneth Gbagi using the armed mobile policemen attached to him forcibly stripped him naked, dumped him in the booth of his car and drove from the hotel to his country home, about one hour drive.

Mr. Ephraim further alleged that while under the unlawful custody of Chief Kenneth Gbagi he was tortured and dehumanized alongside three other female staff of the hotel, who were also stripped naked and paraded publicly on the allegation that they failed to remit money paid by an hotel guest. Mr. Ephraim stated also that Chief Kenneth Gbagi collected their ATM cards and transferred all the money in their bank accounts to the hotel’s account.

The Court finally awarded the sum of N1,000,000.00 against Chief Kenneth Gbagi and his hotel in favour of Mr. Victor Ephraim.
Recall that earlier the Delta State #EndSARS Panel had awarded the sum of N15m each in favour of Mr. Victor Ephraim and the other female ex staff of Signatious Hotel for the violations of their fundamental rights by armed policemen attached to Chief Kenneth Gbagi.
* Source:thenigerianlawyer.com