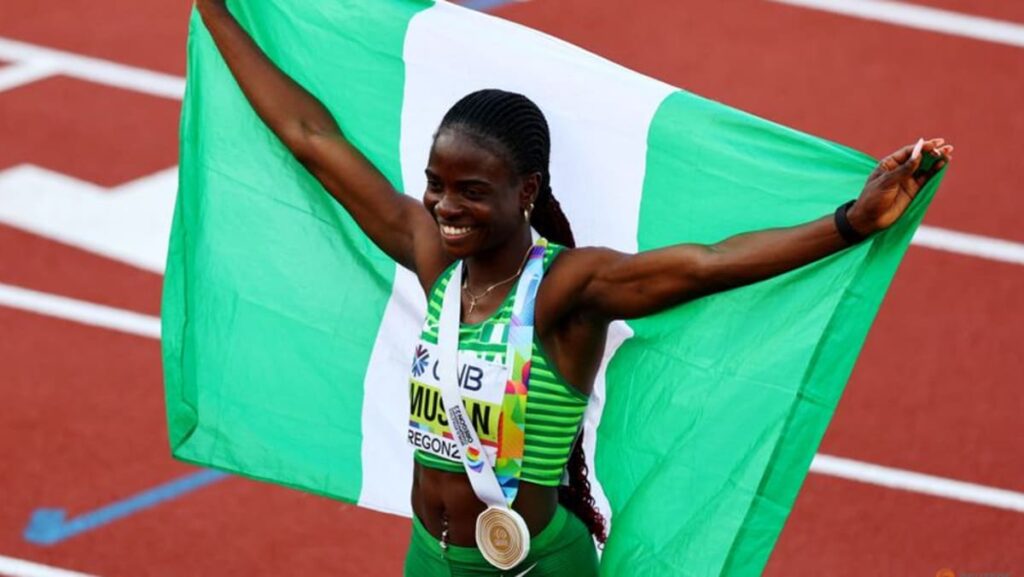 Amusan became first Nigerian ever to win gold at the championships after racing to a stunning world record time of 12.06s in the 100m hurdles final.

Brume’s 7.02m silver winning jump was an improvement on the bronze medal she won at the last championship.

In a statement on Monday by his Chief Press Secretary, Mr Olisa Ifeajika, Okowa said that he was elated to receive the news of the sterling performances of the duo at the event.

He said that such winning spirit was needed by Nigerians all over the world to turn things around for the country, adding that the government and people of Delta were proud of Amusan and Brume for their gallantry.

“On behalf of the government and people of Delta, I congratulate Tobi Amusan and Ese Brume on their victories at the World Athletics Championships in Eugene, Oregon.

“I was highly delighted when I received the news of Amusan winning gold medal in the 100m hurdles and Ese Brume’s silver medal in the women’s long jump.

“By winning the 100m hurdles with a world record of 12.06s, Amusan made history, becoming the first Nigerian to ever win a gold medal at the World Athletics Championships.

“Also worthy of commendation is Ese Brume’s leap of 7.02m, an improvement from the 6.91m at the last championship.

“While I commend these great compatriots for making our country proud, I urge every Nigerian to imbibe this winning mentality, winning spirit and attitude in every facet of our livelihood to make Nigeria attain the greatness God has programmed it for, given its endowments.

“It is only such conquering mentality and patriotic heroism that can engender the much-needed change that Nigerians are yearning for.

“Once more, congratulations to Team Nigeria and all participating athletes for this great honour,” Okowa stated.