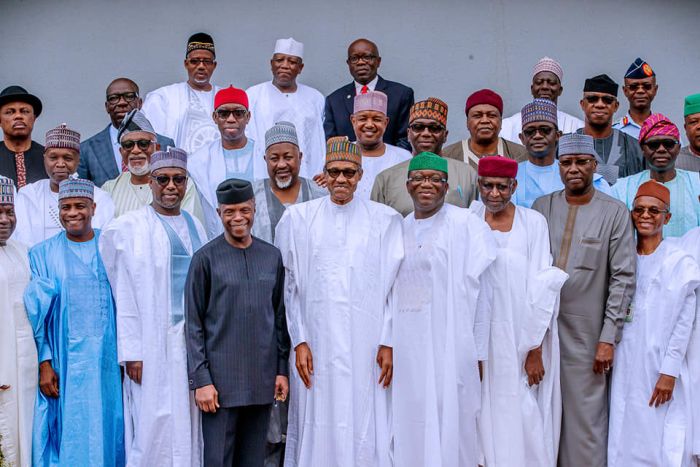 The tactical withdrawal from the National Assembly and subsequent close down of the hallowed Chambers was a smart move by the senators and members of the House of Representatives to escape possible attack by the rampaging terrorists who are firmly in control of the Abuja Federal Capital Territory.

The Buhari one-man dictatorship in Abuja has had to shut down public and private schools in the Federal Capital Territory and its environs following the unprecedented assault on Kuje Maximum prison in Abuja which led to the escape of over 600 fiercest criminals in the correctional centre and the brazen attack on the elite Presidential Brigade of Guards. It has never been this bad.

Events in the last few months which were just an escalation of the preceding gory security challenges point only in one direction that the imported terrorists unleashed on Nigerians were up to something more calamitous than were ever imagined. It is now crystal clear to all discerning minds that the hyperbolically hyped purported political party primaries, preparations for invidious population census, and mindless bills on Constitution Review and Water Resources were just a ruse and monumental distraction to cover up the gargantuan plan of Fulanisation of the country and worse, annihilation of indigenous nationalities.

It is obvious to even the dullest in the country that the taciturn General who gleefully invited all possible terrorists from all over West, North and Central Africa to empty themselves on Nigerian soil without passport or Visa was definitely up to something; perhaps the motivating desperation for seeking Nigerian presidency on four trials.

The chicken has now come home to roost with everything running out of control and both the puppeteers and their puppets are in mutual confusion and ecstasy. But there is method to their madness and that message is not lost on trained minds.

This is where the so-called Governors who in reality are mere glorified servants and serfs of the unpretentious Emperor in Abuja come in. They were severally warned when terrorists armed to the teeth were being off-loaded on their states by Dangote trucks. They saw with their eyes when hundreds of thousands of motorcycle saddled terrorists were being strategically distributed to their cities, towns, villages and hamlets and yet feigned blindness and deafness.

For over 40 years, since my days in the Nigerian Tribune, we have been crying for the decentralisation of the extremely parochial and partisan Federal Police Force [in an obvious Unitary system of government]and the establishment of regional, state, local government and even metropolitan police to address safety and security challenges. We had all these tiers of policing before the Jack-boot dictators and tyrants killed the Federal Government our founding fathers bequeathed to Nigeria.

Governors in the states of indigenous nationalities were not unaware that various forms of armed police were proliferated in some sections of the country and yet could not, definitely out of timidity, stupidity, lack of political will and gnawing servitude, stand up to the ghost that was blocking the desideratum, even when the entire country said loud and clear that they wanted state police.

Now, with Abuja under severe credible threat of being overrun, and citizens all over the country exposed to terrorist attacks and abduction everywhere including in their homes, is it not clear that governors are lame ducks that can be slaughtered with relative ease?

If the gallant members of the Presidential Brigade of Guards could be easily worsted and the President’s advance Convoy attacked, who is there to stop 1000 heavily armed Okada terrorists from abducting any governor from their offices or homes? This is the crux of the matter. Instead of Lagos state government donating helicopters and over 2-billion-naira worth of equipment and ammunitions to Abuja controlled police, and Government in Ogun state giving thousands of guns to Abuja, why didn’t these states establish their own police to protect their Orisas as Sharia states created Hisbah police to protect their faith?

It is clear that the country known as Nigeria is about to collapse, disintegrate, and the original nations will emerge. It is therefore imperative that Governors must act now. With the Abuja legislators on the run, probably in hiding in various locations in the Capital Territory since fear of terrorist attack would not allow them to travel to their constituencies, and with the President living in the air, it is only the poor Governors that are left on ground.

They must cry out to the world. They must speak out. They should not leave it to Governors Matawalle, Akeredolu, Ortom and Obaseki alone. Governor Ortom went to the US and Europe. Each and every one of you should go out and expose the shenanigans that are about to send Nigeria to its grave.

State Governors should as a matter of utmost urgency get their Assemblies to pass a law for the establishment of state police and go ahead to arm such recruits to the keel. Dare the Sharia lawyer and second husband to Buhari’s daughter and his shadowy patrons and godfathers. Governors have immunity, and besides, you cannot be law abiding in a lawless country. No one can accuse anybody of treason or attempt to overthrow a Federal Government that is patently absent and unseen.