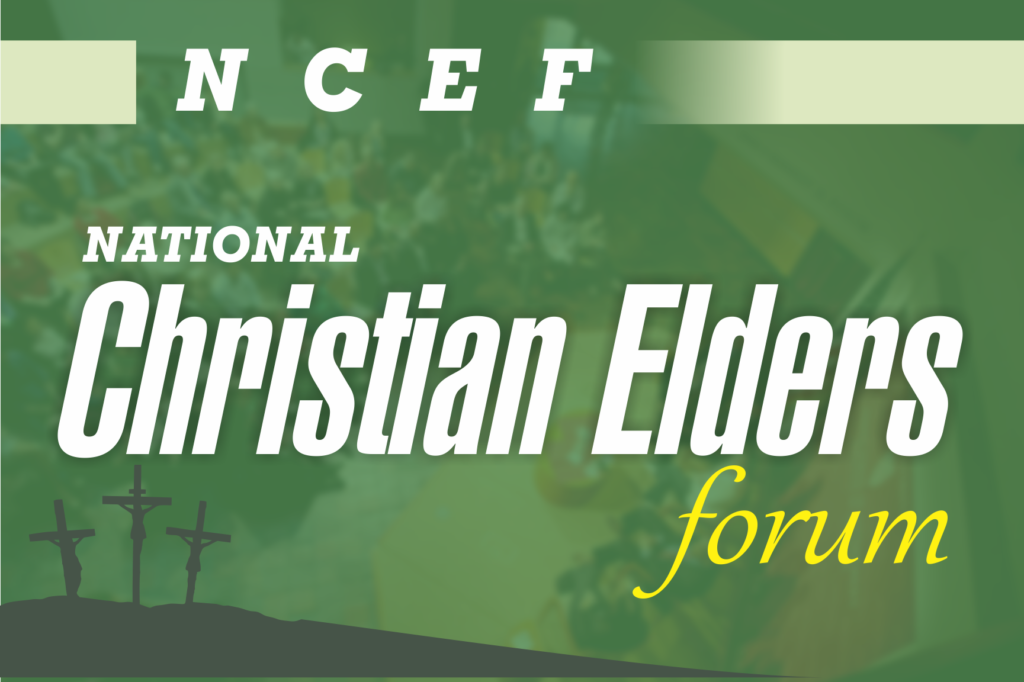 The Northern Christian Elders’ Forum (NCEF) has decried the insensitivity displayed by the ruling All Progressive Congress (APC) in approving a Muslim-Muslim presidential ticket and the opposition Peoples Democratic Party (PDP) for approving a northerner as presidential candidate soon after a northerner, is about to complete right years as president.

NCEF made its position known in a statement by it’s Secretary- General, Pastor Bosun Emmanuel, which described as “insensitive and unconscionable for APC to re-enact Muslim-Muslim ticket after 13 years of Islamist insurgency in Nigeria.”

Printing out that the horse-trading by the political class is an uncomfortable indication that those who rule Nigeria have not learned any lesson from the errors of the past, NCEF stated: “The tongue-in-cheek argument that religion should not be brought into politics stands reason on its head. It is absurd that the architects and sponsors of politics of religion in Nigeria could suddenly become advocates of no religion in politics to further their agenda of turning Nigeria into an Islamic theocratic state.
The group said the country cannot continue to do the same things repeatedly and expect different results.

The statement reads: “Of more concern is the resurgence of Muslim-Muslim ticket proposed by the All Progressive Congress, APC. While it is true that Nigerians voted for MKO Abiola and Baba Gana Kingibe under a Muslim-Muslim ticket in 1993, the situation in the country is no longer the same.

“It is insensitive and unconscionable for APC to re-enact Muslim-Muslim ticket after 13 years of Islamist insurgency in Nigeria.

“The tongue-in-cheek argument that religion should not be brought into politics stands reason on its head. It is absurd that the architects and sponsors of politics of religion in Nigeria could suddenly become advocates of no religion in politics to further their agenda of turning Nigeria into an Islamic theocratic state.

“The least the APC could do is to resolve the conflict of ideologies in Nigeria by enacting a new constitution having democracy as the sole national ideology and not attempt to worsen an already bad situation by giving political preference to a particular religion.

“Consequently, Nigerians are urged to realize that the issue playing out is a deliberate attempt to destroy democracy in Nigeria and supplant it with Sharia as the national ideology and source of legislation. This issue does not concern Christians only, but it concerns Nigerians who love liberty, justice, equality, and fairness.

‘’The rejection of the Muslim-Muslim ticket should not be seen as Christian objection but an objection by every Nigerian in favour of democracy which guarantees freedom of choice, freedom of expression, and freedom of worship.

“If Nigerians should open their eyes and permit the Muslim-Muslim ticket to stand, or the election of a Muslim presidential candidate in 2023, then Nigerians would have voted for a sectional national ideology to replace the liberty upon which Nigeria was established as a country.

“Nigerians are fiercely independent people and would suffer a lot if their liberty is curtailed under a discriminatory religious ideology.

2023 elections:  What will Nigerians choose?

‘’The choice before Nigerians in 2023 is between democracy or Sharia, liberty or bondage, and equality or discrimination. The past seven years of the Buhari administration is a foretaste of what is to come, with increasing intensity.

‘’Already, Sharia ideology is demonstrating its aversion for western education and civilization with the closure of universities for many months. An educated populace is not a preference of sponsors of Sharia ideology. The Almajiris of northern Nigeria is credible evidence.

‘’NCEF is not unmindful of the activities of political jobbers, particularly in the Church, and wish to caution those who place money above moral values to take heed. There are 389 ethnic nationalities in Nigeria and 386 of these nationalities do not subscribe to any religious ideology as way of life.

‘’The ethnic nationalities should talk to each other and realize that if they mishandle the 2023 elections, they would have signed their descendants off as “dhimmis” (second class citizens) in their land of nativity and released their ancestral land for possession by those who manipulate religion for cultural and political domination.

‘’After the discriminatory and insensitive administration of President Buhari, Nigeria requires a breath of fresh air from intolerance and discrimination. Before coming into power, President Buhari was quoted affirming his pro-Sharia conviction and stated unequivocally that he was prepared to fight another civil war to ensure that Nigeria became Sharia compliant. The past seven years confirmed that he meant every word that he uttered.

‘’Under the circumstances, ethnic nationalities in Nigeria should gear up to resist the Muslim-Muslim ticket as well as replacement of President Buhari by another Muslim. Nigeria requires respite from 13 years of daily bloodshed by Islamist insurgents.

‘’A Muslim President should not replace President Buhari so that balance can be restored to the country. The liberty and security of Nigerians depend on it.

‘’It amounts to pure mischief to make the Muslim-Muslim ticket a Christian versus Muslim affair. It is deeper than that. We are dealing with democracy versus Sharia. The national ideology and identity of Nigeria is at stake.

‘’There is a deliberate attempt to distort the DNA of Nigeria and reformat the country into what it was not established to be. If the ethnic nationalities should permit this to stand, they would have consigned their descendants into perpetual bondage.

‘’Already, the Fulanis boast openly that they are born-to-rule, and that God has given them Nigeria as their inheritance. 2023 election is the decisive year.

‘’The Muslim-Muslim ticket is a deliberate ploy by the northern oligarchy to extend its feudalism beyond the North to the rest of the country. If it should work, all Nigerians will suffer the consequences.

‘’The Yoruba Muslims, the Ibo Muslims, the Ijaw Muslims, and every other citizen will become “dhimmis”. It is unfortunate that desperation for political power made some politicians to acquiesce to this conspiracy.

‘’It should be emphasized that Muslim-Muslim ticket should not be perceived as conflict between Christianity and Islam. This is a major distraction. The real target is the ethnic nationalities that own Nigeria.

‘’The ethnic nationalities consist of Christians, Muslims, traditionalists, and free thinkers. The Muslim-Muslim ticket is only in the interest of the northern oligarchy, even though efforts will be made to persuade Muslims nationwide to support it.

‘’From the way the northern oligarchy ran the North aground, Muslims from the other regions will not benefit anything in the long run.

‘’It is in the best interest of all Nigerians to promote democracy as the sole national ideology. The founding fathers of Nigeria birthed this country on the principles of freedom of choice, freedom of expression, and freedom of worship. We must do everything possible to maintain liberty in the country. We should not place coming generations in bondage.’’